With its powerful scope and long barrel, the sniper rifle is one of the most recognisable weapons in an army’s arsenal and has been popularised through historical events, film and other media.

Military sniper rifles are built to offer higher precision and to be more durable, reliable, and easily repairable in adverse conditions. Today’s sniper rifles are manual bolt-action or semi-automatic and make use of an open aperture or telescopic sight for extreme accuracy.

What are the best sniper rifles in the world at the moment? 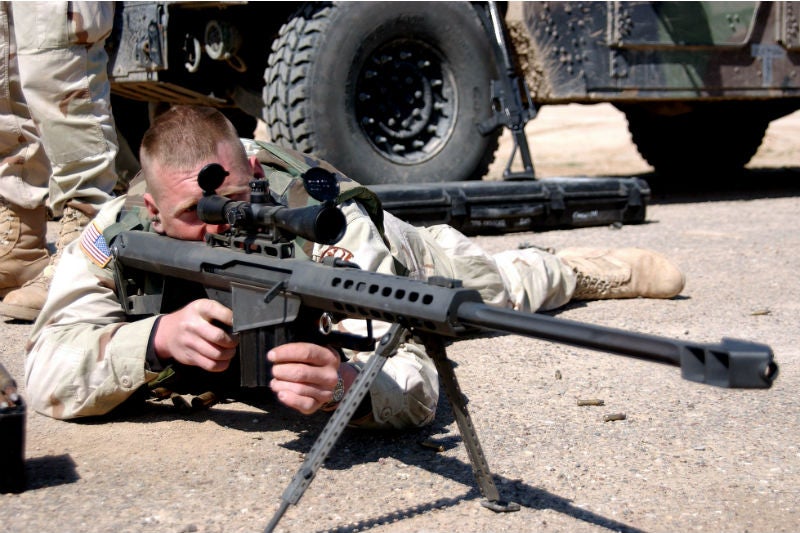 The Barrett M82, known by its US Army designation M107, is up there as one of the best sniper rifles on the market. Primarily intended as an anti-materiel weapon – designed for use against military equipment –  the M82 is known for its ability to penetrate brick and concrete, and even a tank’s armour at close enough distances.

It was originally designed by Barrett Firearms Manufacturing in 1982 to destroy sensitive enemy equipment such as radar equipment, trucks and parked aircraft, as well as for the remote destruction of explosives. The 120cm-140cm long rifle can fire either the .50 BMG centrefire cartridges or, in the case of the .416 Barrett, a ten-round detachable magazine. At 13.5kg-14kg, it is one of the heavier sniper rifles on the list.

With a muzzle velocity of 853m/s and an expected firing range of 1,800m, it is no wonder the M82 is in use in more than 50 armed forces, has seen action in Iraq and Afghanistan, and is also a fan favourite with players of the Call of Duty video game series.

Two variants of the M82 exist: the original M821A and the bullpup M82A2, however the latter is no longer produced and is set to be replaced by the Barrett XM500, a new gas-operated, rotating bolt sniper rifle currently in development.

The Austrian-built Steyr SSG 69 is one of the best sniper rifles in terms of accuracy and precision. Since 1969, it has been used in many conflicts in the Middle East and Asia and is currently the standard sniper rifle for the Austrian Army. 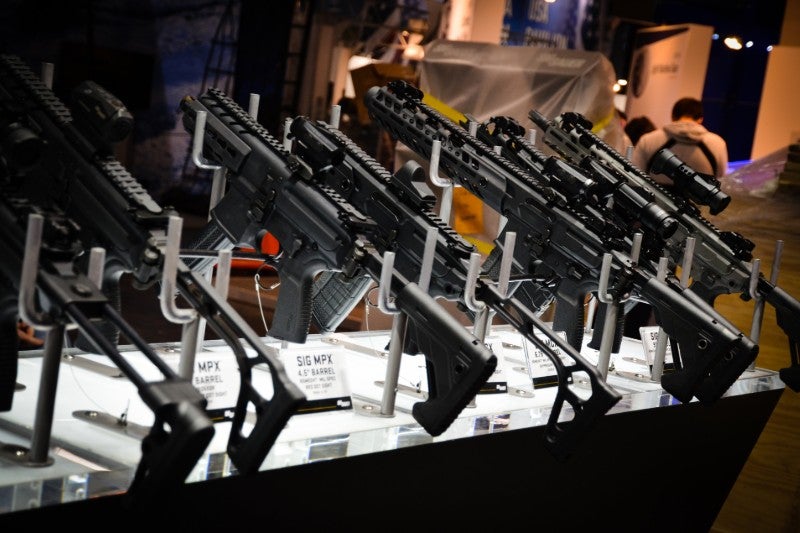 The SSG 69 has impressive accuracy and is considered most effective at a range of 800m. At a weight of 3.8-4kg, depending on the variant, it is significantly lighter than the Barrett M82 so uses shorter rounds – either the 7.62x51mm NATOm known commercially as the .308 Winchester, although these are loaded at different pressures. The five-round rotary magazine design is also unusual for sniper rifles.

In 2015, Steyr terminated production of the SSG69, and the Steyr SSG 08 is touted to be its successor with the Austrian Army. The new SSG 08’s barrels are cold-hammered, allowing for a harder and smoother internal barrel that causes less friction and is less prone to corrosion.

Next: The Arctic Warfare Magnum!