The AT-6 Wolverine aircraft is developed by Beechcraft, a Textron Aviation brand. It is tailored to meet the light attack requirements of the armed forces worldwide.

The multi-mission aircraft is designed to meet the demanding requirements of warfighters while accommodating 95% of the aircrew population. A full suite of synchronised ground-based training capabilities, as well as an established global logistics infrastructure, further enable AT-6 to outperform its contenders.

Army Technology looks at what makes the Beechcraft AT-6 Wolverine an affordable, yet effective light attack aircraft. 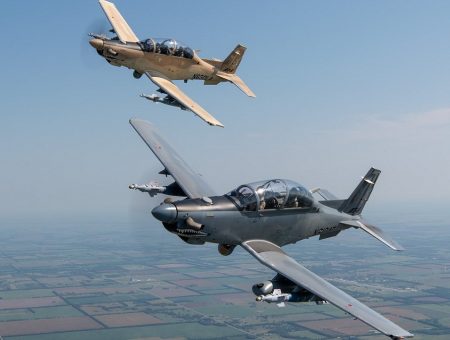 AT-6 Wolverine leverages the proven capabilities of Beechcraft T-6 series that was preferred by the US Air Force (USAF)/US Navy Joint Primary Aircraft Training System (JPATS) programme. It offers an 85% parts commonality with the T-6 Texan II and is made available to customers at a fraction of the acquisition, maintenance and training costs of conventional combat aircraft. It currently costs less than $1,000 an hour to operate the AT-6.

The USAF continues to evaluate low-cost, close-air support platform options that may help reduce the burden on front-line fighter squadrons. Textron Aviation received a $70.2m contract from the USAF to deliver two AT-6 Wolverine aircraft, in March 2020.

Most versatile light attack aircraft in its class

The Beechcraft AT-6 Wolverine light attack aircraft is compatible with more than 66 standard load configurations, in addition to non-standard asymmetric configurations, making it the most versatile mission-ready platform among its counterparts.

Controlled by Lockheed Martin’s A-10C mission computer, along with modern glass cockpit and flight management systems, the AT-6 Wolverine is the most effective light attack offering available in the market.

No dearth of weapons for combat missions 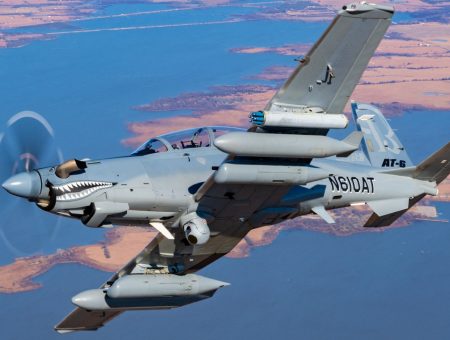 The AT-6 Wolverine can be armed with more than 13 general-purpose and precision munitions. Image courtesy of Textron Inc.

Seven dedicated hard-points, three each on the two wings and one under the central fuselage, allow the AT-6 Wolverine to carry more than 13 general-purpose and precision munitions for close air support and light attack missions.

All the weapons on the AT-6 are integrated using the US military standards with Seek Eagle certification and are interfaced with the plug-and-play weapons management system architecture.

The wing tip-mounted sensors enable the detection of incoming missiles while the crew can launch flares or chaff to deceive them.

Furthermore, AT-6 is the world’s first fixed-wing aircraft to fire laser-guided rockets.

An optimal combination of power and performance 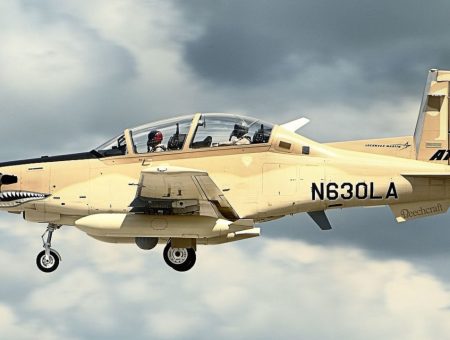 The AT-6 Wolverine is installed with a 1,600shp Pratt & Whitney Canada PT6A-68D engine, offering a higher power-to-weight ratio compared with similar aircraft in its class.

The AT-6 Wolverine has a higher airspeed and Mach envelope (.67 Mach) to hold and dispose of more external systems than other light attack aircraft of its size.

Combined with a low centre of gravity and smaller taxi turn radius, the superior power-to-weight ratio allows the aircraft to operate from austere, unimproved airstrips.

AT-6 Wolverine Tech Specs and design

The fixed-wing aircraft measures 10.1m-long and 3.2m-high while its wingspan and wing area are of 10.4m and 16.60m² respectively. Made of composite materials, the airframe of the low-wing monoplane provides a basic weight of 2,671kg and enables the aircraft to take-off/land with a maximum weight of 4,536kg.

The light attack aircraft has a maximum speed of 827km/h while the four external tanks ensure a maximum ferry range of 3,195km.