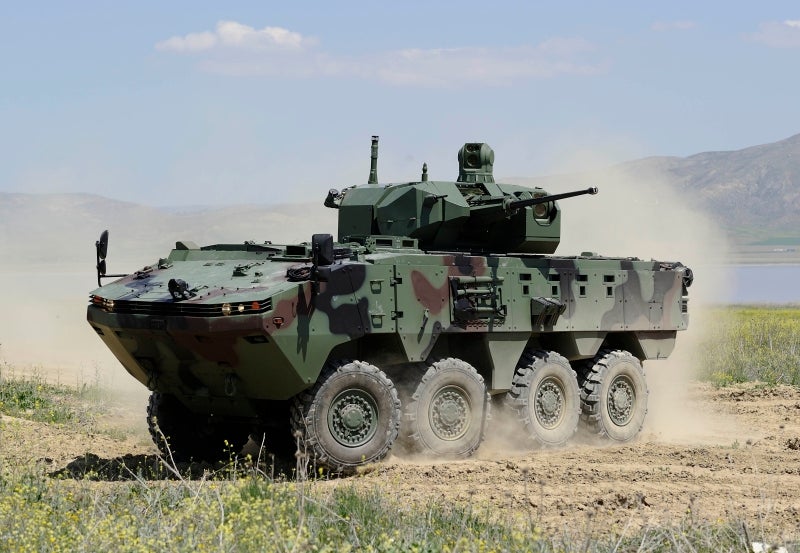 Highlighting Otokar’s success at global markets, general manager Serdar Görgüç stated: "Our strength in the defence industry is driven by our experience, engineering and R&D capabilities, and successful use of technology.

"Apart from being the leading supplier of the Turkish Military and Security Forces for wheeled tactical vehicles, our military vehicles serve almost 50 different end users in over 30 countries.

"Today, nearly 30,000 Otokar military vehicles are in service in many different parts of the world with an outstanding performance. I believe DSEI is a great opportunity to get together with our existing and potential users, listen to their requirements and seek for further opportunities to serve their future needs."

Stating that Otokar boasts a wide land defence systems product range from 4×4 to 8×8, from tracked armoured vehicles to turret systems, and is Turkey’s largest privately owned defence company, Görgüç continued: "Our clients with Otokar vehicles in their inventories are references for new clients.

"This year, we have taken our exports one step further with the agreement in cooperation with Tawazun, the leading investment company in UAE. From now on, we will not only export products but also our innovation and technology capabilities."

Otokar presents ARMA 8×8 in DSEI; the modular multi-wheeled vehicle with superior tactical and technical features. Thanks to its superior mobility, high mine and ballistic protection, medium and high calibre weapon system integration options, ARMA is capable to serve modern armies in the real battlefield, peace-keeping and human relief operations in most difficult terrain and climatic conditions.

The UCOK stabilised machine gun platform utilises a 12.7mm / 7.62mm machine gun or 40mm automatic grenade launcher on the same platform. The weapon station has dual axes independently driven sight, which accommodates a thermal camera, a CCD camera and a laser range finder. Independent driven sight allows the aiming reticle stay on the target even the super-elevation and lead angles are given to the weapon for accurate firing.