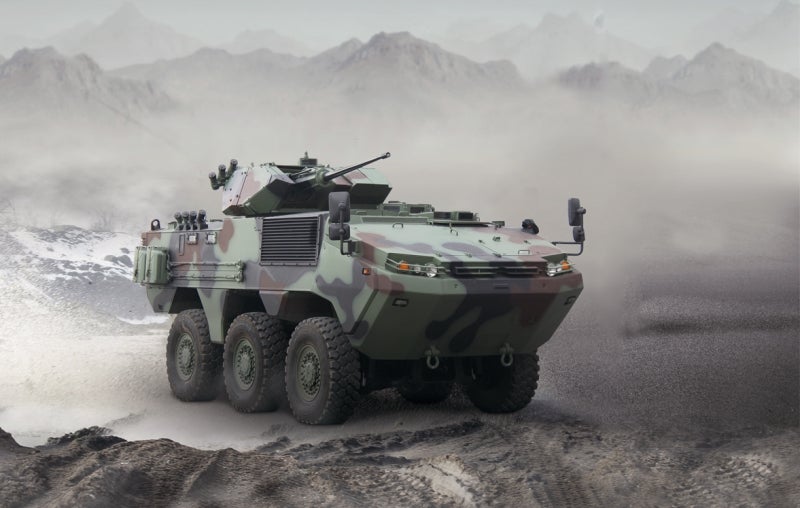 Stating that Otokar boasts the widest land defence systems product range from 4×4 to 8×8, from tracked armoured vehicles to turret systems, General Manager Serdar Görgüç said: “Apart from being the leading supplier of the Turkish Military and Security Forces for wheeled tactical vehicles, our military vehicles serve almost 50 different end users in over 30 countries.

“Today, over 30,000 Otokar military vehicles are in service in many different parts of the world with an outstanding performance. Our strength in the defence industry is driven by our experience, engineering and R&D capabilities, and successful use of technology.

“BIDEC 2017 is an important organisation in terms of increasing cooperation in the region.”

Reminding Otokar’s strong existence in Gulf region, Görgüç added; “In 2016, we established a new company titled Otokar Land Systems Limited in the United Arab Emirates to strengthen our position as one of the world’s leading players in the defence industry.

“With Otokar Land Systems, we aim to be closer to our users in region. In addition, we intend to strengthen our cooperation abroad, and open to new markets. Accordingly, this year we have taken our exports one step further with the agreement in cooperation with Tawazun, for the supply of 8×8 amphibious infantry fighting vehicles to UAE Armed Forces.”

Otokar presents ARMA 6×6 in BIDEC 2017; the modular multi-wheeled vehicle with superior tactical and technical features. Thanks to its superior mobility, high mine and ballistic protection and wide range of weapon integration options, ARMA is capable to serve modern armies in the real battlefield, peacekeeping and human relief operations in most difficult terrain and climatic conditions.

URAL: Ready for the Most Challenging Missions

Featuring outstanding mobility and a high level of protection, URAL has been designed to meet paramilitary users’ needs for a high-capacity armoured vehicle, also taking into account driving and personnel comfort. The specially developed suspension allows a high level of comfort for the personnel, while offering the driver easy and ergonomic drive. Featuring five doors and different interior layouts, URAL offers fast and easy access in an out of the vehicle, and an ergonomic interior.

COBRA: In Service of 15 Countries

One of a kind in its class in the world in terms of mobility, amphibious qualities, protection and modularity, COBRA meets the demands of armed and internal security forces. Today COBRA is actively used in 15 countries, and is also among the United Nations peacekeeping forces’ most preferred vehicles for its superior capabilities.