The Prowler LTATV from the all terrain Vehicle division of Phoenix International Systems is the only light tactical wheeled vehicle of its class that is purpose-built for the military, with its design and construction based on actual field recommendations and evaluation input from actual military operations.

Prowlers offer unique advantages that overcome the severe limitations of generic recreational ATVs (including those “modified for military use”) in terms of endurance, reliability, operator control and safety. While similar in size and appearance to a typical ATV, the Prowler RTV is completely different in operation, structural design and performance. Prowlers are faster, more rugged, reliable and stable, and can pull or carry greater payloads than any ATV-type vehicle made.

The Prowler is the only LTATV that is a proven internally transportable vehicle (ITV) for the lightest of cargo aircraft. Its weight and dimensional envelope allows it to be easily deployed in aircraft such as the CV-22 Tilt Rotor aircraft and most cargo helos. For deployment in helo’s core restricted cargo/crew access dimensions, Prowler offers a “pivot lock” ROPS that eliminates any requirement for disassembly/assembly effort ensuring immediate deployment of a fully equipped and crewed vehicle upon touchdown.

Since its introduction in 2002, the Prowler has been deployed by military forces across a wide range of combat, reconnaissance and SAR missions around the world. Prowler field testing has resulted in enthusiastic AARs (after action reports) from the military emphasizing the vehicle’s outstanding performance in terms of safety, endurance, reliability, and adaptability.

In addition to its classic mission, the versatile Prowler platform has been and is being used in a number of autonomous robotic and remotely controlled applications, including IED and Mine Sweeping and EOD.

The Prowler is manufactured by All Terrain Vehicle Corporation, a subsidiary of Phoenix International Systems (Orange, California), an A9100/ISO9001:2008 Certified SDVOSB Manufacturer that has been supplying state of the art COTS products in support of military operations since 1993. It is available under GSA Schedule Contract No. GS-03F-0056T.

The All Terrain Vehicle Division of Phoenix International Systems has introduced versions of its Prowler RTV (rugged terrain vehicle) for use by the nation’s fire-fighting and emergency response agency operators. These new emergency response vehicles (ERVs) are specially designed and purpose-buil 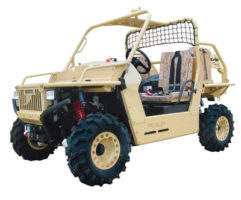 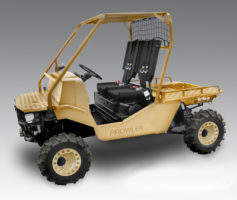 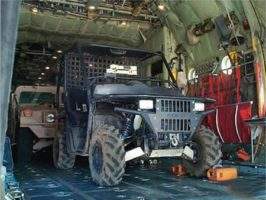 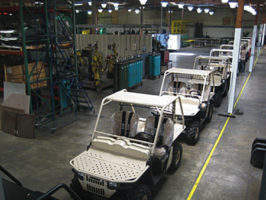 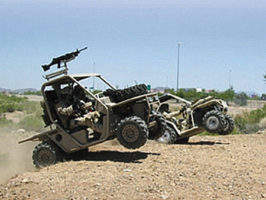 The All Terrain Vehicle Division of Phoenix International Systems has introduced versions of its Prowler RTV (rugged terrain vehicle) for use by the nation’s fire-fighting and emergency response agency operators. These new emergency response vehicles (ERVs) are specially designed and purpose-buil

Phoenix International Systems today unveiled an enhanced version of its all terrain vehicle division’s Prowler light tactical all terrain vehicle (LTATV), the only vehicle in the LTATV-class that is purpose built, designed and produced for military applications including ISR, SAR, assault, crew s

For the first time, the All Terrain Vehicle (ATV) division of Phoenix International Systems, Inc., is offering its Prowler RTV to the US homeland security communities. The Prowler is being introduced to security, law enforcement and emergency response personnel at federal, state and local levels

The All Terrain Vehicle Corporation division of Phoenix International Systems, Inc., announced that its Prowler LTATV is now available for purchase on the US General Services Administration schedule (FSS78) Contract No. GS03FOO56T. The Prowler is a vehicle purpose-built for the military

For the first time, the All Terrain Vehicle division of Phoenix International Systems, Inc., is offering its Prowler RTV to the US homeland security communities. Introduced to the military in 2002, the Prowler RTV is in use worldwide by US military forces which require an internally t