What is EMC/EMI Shielding? 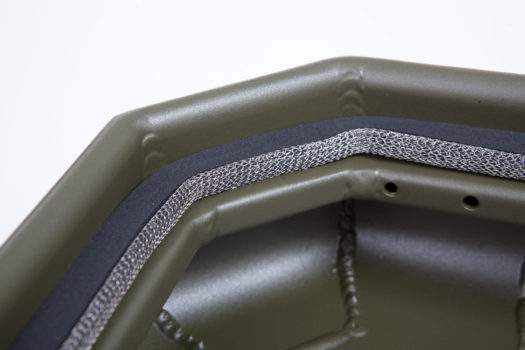 Across medical, defence, broadcast and other industries, electromagnetic shielding (also referred to as EMC or EMI shielding) is used to give a device total protection from its outside environment and any potential interference that may affect its performance, which can be dangerous depending on the purpose of the equipment.

Because environmental electromagnetic conditions are unpredictable by nature, having effective shielding in place removes this particular threat to your electronics.

EMI stands for electromagnetic interference. Any electricity flowing into a conductor generates a magnetic field, the size and strength of which depends upon the level of power. Motors, transformers and other devices which use a lot of power tend to produce significant magnetic fields.

Electromagnetic interference refers to the effect that these fields can have on other devices nearby. A small amount of EMI can easily interrupt input and output data signals, so having the right protection in place is crucial to the smooth running of equipment.

What is the difference between EMI and EMC shielding?

There is little difference, and the two terms tend to be used interchangeably. While EMI refers to the interference itself, EMC refers to the function performed by the shielding, which is electromagnetic compatibility. This means that a circuit has been designed to incorporate the prevention of interference and disruption by having shielding in place.

How does EMI shielding work?

The main aim of EMI shielding is to completely prevent any sensitive electronic equipment from being impacted by EMI or radio frequency interference. This is why it is so widely used across a variety of industries – there are many types of equipment that can be affected. While EMI shielding is typically associated with highly complex equipment used in specialist fields, a form of it is also used in everyday electronics such as smartphones.

Typically, a metallic screen is placed all around the equipment and used to absorb the signals, meaning that anything incoming and outgoing is prevented from having an effect. In many cases, the sensitive equipment is also transmitting EMI of its own, so the shielding works both ways.

How effective is EMI shielding?

One of the main principles in the design of EMI shielding is that you need to use conductive materials to form the barrier which will break the interference, and this is based on the idea of the Faraday cage. This is the relatively simple aspect of shielding construction – but the more complicated element is that the device needs to be completely enveloped by the enclosure. This is not easy to achieve when access to the device itself is needed, and many shielding enclosures come in at least two parts for this reason.

The conductive continuity between these two parts must not be broken, otherwise the interference can find its way through the gap and the shielding will be rendered useless. This space is often filled by rubber seals in order to keep out environmental hazards such as water and dirt, but because EMI can pass through rubber this must also be enclosed in metal wire that maintains contact with both parts of the enclosure. Usually, as long as any gaps left are under 3mm, effective shielding from EMI can still be maintained.

What materials can be used to construct EMI shielding?

The material used to create EMI shielding depends upon the specific equipment in question. At CP Cases we have many years of experience in designing bespoke protection for highly specialised equipment.

In addition to the metallic casing, some of the most commonly used materials are:

CP Cases products are an essential ingredient for military tactics and field support strategies and when fully populated with materials and systems they can be...

Custom Weapons Cases that are Shock, Drop and Temperature-Resistant

Transporting mission-critical, fragile and heavy rack equipment is made easier with ERack, a lightweight, robust rack case from CP Cases.