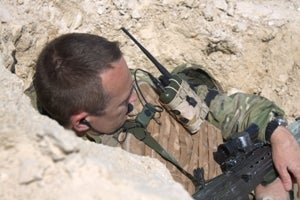 At IDEX 2013, Selex ES will be promoting its most advanced sensors and systems, including naval combat management systems, examples of which can be seen at IDEX’s Navdex area on-board three naval units, the Baynunah, Falaj and Abu Dhabi class vessels.

Among its offerings, the company will also be displaying surveillance mission systems for unmanned and manned platforms and leading-edge AESA radars that have been proven operationally worldwide.

IDEX is a leading defence exhibition, which is taking place on 17-21 February in Abu Dhabi, UAE.

The company has supplied over 6,000 personal role radios to land forces and special operations command, and is currently providing equipment, integrated combat systems, support and services to both the UAE Navy and Coast Guard for more than 20 ships of various sizes. As part of these activities, Selex ES has just delivered the first combat management system for the UAE’s Buynunah class corvette.

In the UAE Selex ES also works through the joint venture Abu Dhabi Systems Integration (ADSI), which focuses on systems engineering, integration and complete technical support. ADSI is being developed to compete autonomously in the UAE and the wider region and Selex ES is actively seeking to further develop its technical collaborations with UAE companies such as Emirates Advanced Investments (EAI) for AESA radar, active and semi-active EO seekers and the VigilX enhanced airborne vision system.

At IDEX the company will be promoting surveillance mission systems for manned and unmanned platforms, including the ATOS and SkyISTAR, leading-edge AESA radar and airspace surveillance radar including the Seapsray and PAR families, EW and EO systems for fixed and rotary wing applications and the latest in DIRCM technology.

Also on show will be data links and integrated cyber-security solutions and Selex ES will be showcasing its interoperable command and control systems for vehicles and dismounted soldiers featured as part of the Italian Forza Nec programme for Armed Forces digitisation.

The UAE’s increased focus on homeland security opens up a range of potential collaboration areas in military and civil domains that tie directly into the strengths of Selex ES. The company’s ability to develop complex integrated systems for homeland protection combine the expertise of Finmeccanica’s companies and existing assets within network-centred operating environments. These can be used to control and protect national borders, roads, airports, railway stations and critical infrastructure. Other promising future opportunities for Selex ES in the UAE include the National G4 Network for Armed Forces and the Future Soldier Program.

"Selex ES is unmatched when it comes to the depth and breadth of defence electronics expertise we can offer," said Selex ES CEO Fabrizio Giulianini.

"Whether our customers need enhanced security or an innovative civil solution, Selex ES has the experience and skills to make it happen. We’re proud to be putting our most advanced technology on show in Abu Dhabi."