Established in 1994 by Dr Vsevolod Mazo, Frankfurt Laser Company (FLC) entered the
expanding market of photonics. FLC’s headquarters are located in Friedrichsdorf, just outside of Frankfurt, Germany and the company has representatives worldwide. FLC quickly established a reputation as being experts in laser diode components.

FLC’s product line quickly expanded, adding a variety of light sources, optics, and other passive and active components. Integration of these components became a standard request by the customer base. FLC established its own captive suppliers for specific components and assemblies.

In 2019, Frankfurt Laser Company celebrates the historic milestone of 25 years in business. Though the overall global economy was in a downturn, FLC expanded its business 40% both in turnover and profit by obtaining several key contracts in the defence sector.

FLC is involved with providing our customers with precisely what they are looking for where physically possible. From standard off-the-shelf lasers to working with laser die (chips), FLC can offer both custom and standard packages, such as: TO-Can, C-mounts, HHL, inclusion of TEC, bars, arrays, edge emitters, VCSELs, Quantum Cascade, and any combination of these devices. In addition, FLC offers fibre coupling, single and multi-mode for many of our light sources.

FLC works with demanding applications both for deployment in battlefield conditions and in other demanding applications. Our manufacturing people are capable of producing repeatedly high-reliability packages, which includes combining components, optics, electronics, and housings to the highest of standards.

When working with our manufacturers, we insist that they have the capability to test and qualify products to the application requirement and provide a full specification report for our clients. FLC has laser systems deployed the world over and is routinely building custom designed solutions.

Components and systems for the defence sector

Because of the nature of most defence articles, especially those supplied under NDA to our clients, as well as proscribed restrictions of ITAR, we can only point to the most general of products. That said, many of these components can be redeployed by our customers and built upon to create more specific ‘defence related’ products.

Though customisation will perhaps require licensing, registrations, and technical agreements, there is some flexibility to work with FLC and its partners in the USA
(for example), to develop variations of existing products, and / or develop new components and subsystems. Where needed, FLC can provide a ‘firewall’ to help our customers maintain ITAR compliance. Here are some of the various defence related products one can find with FLC today:

Laser designators work by firing a series of coded pulses onto the target. These signals are picked up by the munitions. At this point, the munitions are able to steer themselves towards the train of unique light pulses. By targeting a unique train of light pulses this allows for higher target accuracy, along with the difficulty of being difficult to trace by the enemy.

Target designators can be used are in instruments that are, hand-held, ground-based, and airborne. They can be used for applications including laser-guided bombs, missiles, and precision munitions.

FLC can offer high power pulsed laser diodes in the infra-red range, along with the expertise in laser diode module design we are able to build custom modules for customer applications.

Another area of use for lasers is as a target sight. Lasers have the advantage of producing a monochromatic light source that can be collimated and seen over large distances. In conjunction with firearms, they can be used to place a spot on the target to allow for greater accuracy.

Traditional red lasers for target identification, deployed on weapons, as well as green laser modules that work at both low and elevated temperature ranges are available today. FLC has products that have achieved a breakthrough in temperature performance. WTG (wide temperature green) laser modules are offered off-the-shelf.

Our range of designators as standard feature:

Illuminators for use in military environments

Infrared radiation is not visible to the naked eye, however this does not mean that it is invisible per-se. The illuminator acts as an invisible torch to the naked eye yet through the use of specialist viewing equipment we are able to build a picture of the scene before us, effectively allowing us to ‘see’ in the dark.

An existing product that is also in development (for higher power output as an example) is 1550nm illuminators. This has been a growing area of interest for various military organisations. High power pulsed lasers for range finding is a well-known application.

FLC’s FLIR-40 unit is an excellent example of a modern illuminator, as an off-the-shelf product as standard it incorporates features such as:

Benefits of working with FLC

Frankfurt Laser Company’s global customer base, combined with serving a large variety of markets, has uniquely positioned the company to use its composite knowledge to serve the defence industry in a unique fashion.

Here are some of the key reasons why FLC is an ideal partner for defence industry customers:

Frankfurt Laser Company is pleased to announced it has entered a contract-based parnership with AKELA Laser. 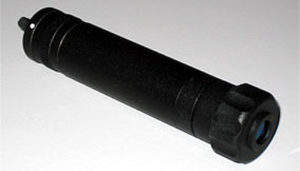 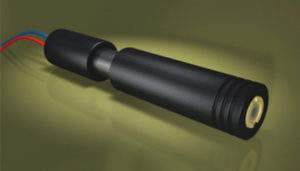 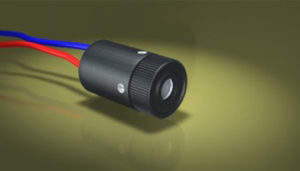 Our military lasers are easy-to-use plug and play laser systems suitable for target designation and illumination.

Frankfurt Laser Company is pleased to announced it has entered a contract-based parnership with AKELA Laser.

This new generation of the laser diode system 'FLC300' is more customer-friendly designed and delivers from 2mW up to 300W at the fiber output.

The 976nm diode delivers 10W output power from 200μm fiber and has brilliant visible green aiming beam. Opposed to the traditional red, green aiming beam is four-to-five times better visible to a human eye, because human retina is more sensitive to it.

Frankfurt Laser Company, world-leading manufacturer and supplier of laser diodes, laser diode modules and related products is pleased to appoint Laser Optronic as a distribution partner for the company's operations in the field of medical, industrial and military applications in Italy.

Frankfurt Laser Company is pleased to present a new IR laser diode module which is currently in use for military applications.

Frankfurt Laser Company is pleased to announce its partnership with Eblana Photonics of Dublin, Ireland.

Frankfurt Laser Company is pleased to announce an exclusive partnership with Elite Optoelectronics of China.

Frankfurt Laser Company (FLC), a world-leading manufacturer and supplier of laser diodes, laser diode modules and related products, is pleased to announce it has appointed EFFILUX - France as the distribution partner for its operations in Machine Vision applications in France.

Integrated Optoelectronics specializes in the development and manufacture of laser diodes in the Mid IR range.

Frankfurt Laser Company offers a new line of single mode laser diodes in the range 1175 to 1280nm with powers available up to 300mW.

Frankfurt Laser Company is offering a new line of single mode laser diodes in the range 1175 to 1280nm, with powers available up to 300mW.

Frankfurt Laser Company is offering a new line of Superluminescent diodes in the 780nm-3300nm wavelength range.

FLC is a market leading manufacturer and distributor of laser diodes, laser diode modules and DPSS lasers. Askion is a leading innovator in the fields of biotechnology, optoelectronics and laser applications.

Frankfurt Laser Company (FLC) is a market leading manufacturer and distributor of laser diodes, laser diode modules and DPSS lasers, which now also represents Focuslight. Focuslight is a leading innovator in high power diode lasers whose products are ideally suited for a wide range of a

Frankfurt Laser Company is pleased to announce a new line up of LEDs and accompanying photodiodes (PDs) to its range. Both LEDs and PDs operate in the mid infrared range from 1.58μm to 4.45μm. Due to advances in measuring technology these LEDs are ideally suited for use in gas mea