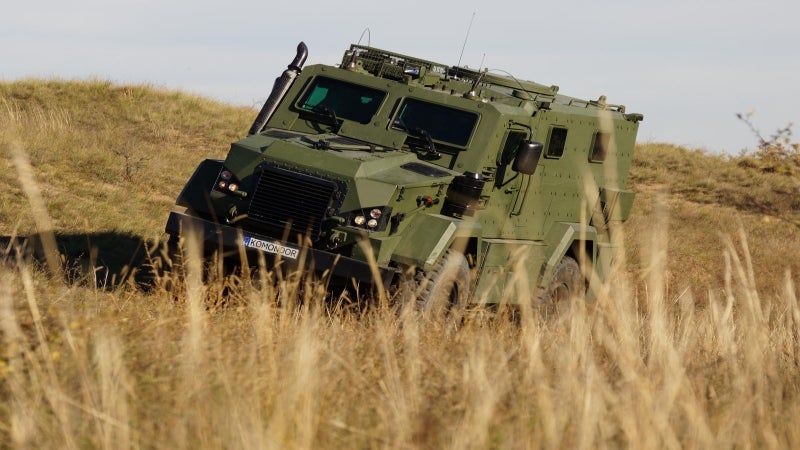 Gamma Technical Corporation has 60 years of experience in the field of manufacturing radiation measuring devices.

Monitoring stations and networks for radiation and gas detection

Gamma has developed and delivered a unique, helicopter-based airborne radiation reconnaissance system for the Hungarian Defence Forces. The relatively low weight and small size of the system also makes it suitable for unmanned aerial vehicles (UAVs).

Gamma Technical Corporation’s PPE division is based on the former Respirátor Company that specialises in respiratory protective equipment. The production of Respirátor® NBC and industrial filter canisters is based on almost 90 years of experience and track records.

Multi-purpose light-armoured vehicles for ballistic and mine protection

Gamma’s multi-purpose, state-of-the-art KOMONDOR vehicles feature a ‘V’-shaped, welded monocoque armour body, made from quality armour plates, which can provide up to Level 4 ballistic protection and mine protection up to level 3a/3b according to Nato STANAG 4569, as per customer requests.

Several types and versions are available in 4 x 4 and 6 x 6 configurations, with independent or rigid suspension, a highly customisable drive train and auxiliary equipment. Carrier versions with interchangeable superstructure modules offer a versatile and cost-effective solution to support multiple tasks.

Gamma can manufacture KOMONDOR vehicles in small series or fully customised versions based on specific requirements. We also support customers who wish to make their own light-armoured vehicles based on our technology through technology transfer.

Gamma was founded in 1920 and started producing military-related equipment during its first decade. Initially, our most significant product was the Gamma-Juhász predictor, a mechanical analogue, anti-aircraft gunnery computer that brought the company remarkable export success in the 1930s.

Gamma’s core competencies in the field of CBRN defence track dates back to the 1950s, when the company started developing and producing radiation-measuring instruments.

In 2015, Respirator Zrt, a traditional manufacturer of personal respiratory protective equipment founded in 1928, merged with Gamma Technical Corporation, significantly expanding the latter’s product range and creating one of the largest defence equipment manufacturer companies in Hungary.