Activated carbons were traditionally in the form of powder or granule. It was not until the last few decades when the third form, Activated Carbon Fibre / Fabric (ACF), was successively developed.

ACF has been widely used in the industries of chemistry, pharmacy and environmental protection for adsorbing toxic molecules. Its performance is particularly effective in shielding the attack of toxic chemical agents, making it ideal for Nuclear, Biological and Chemical (NBC) protective clothing and filters.

Thanks to the characteristic of reduced diffusion resistance during the process of adsorption and desorption, ACF has much greater capacity and higher speed in performing adsorption and desorption than powders and granules. Another advantage of ACF is its easy-forming property that can be fabricated into cloth, felt and paper to meet different demands in application. This new and advanced material is the answer to demands for improved military and industrial NBC protection.

ACF, in fabric, outperforms Granular Activated Carbon (GAC) and Powdered Activated Carbon (PAC) in the respect of formation. With the help of corrugation and sewing technology, it can be made into whatever forms to meet any unique requirement in applications.

Being in the form of fabric, the ACF still maintains 100% of activated carbon and, in addition to the advantages of even distribution of micropores and high value of surface areas, it has much greater dynamic adsorption capacity and adsorption rate as well as smaller critical bed depth than that of GAC. ACF is a lighter, more efficient, more convenient and less bulky material when used for NBC filter systems. Through the process of impregnation, ACF can also be equipped with added catalytic, chemisorbic and bactericidal properties.

ACF has long been proved as having outstanding performance in adsorbing odours, solvents, bacteria, virus and all of the contaminants that exist in air, gas, water and other liquids.

The advantages of ACF include huge adsorption volume, heat-resistance, acid-proof and base-proof. ACF’s capacity for adsorption of organic vapours, such as gasoline, aldehydes, alcohols and phenol, is seven to ten times that of GAC. It also has significant capability in adsorbing inorganic gas (e.g. NO, NO2, SO2, H2S, HF, HCl etc.) as well as substances in water solution (e.g. dyes, COD, BOD, oils, metal ions, precious metal ions). It also exhibits outstanding ability in the adsorption of bacteria. 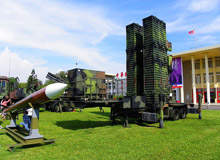