Pimco is a Polish-registered company with many years experience in the manufacture and supply of specialist equipment for detecting weapons of mass destruction (WMDs) including the detection of chemical warfare and toxic industrial chemical agents, radiological threats as well as tactical nuclear weapon detonations.

Our current production includes the CHERDES family of detection systems. These are primarily used in armoured fighting vehicles (AFVs) such as the ROSOMAK (PATRIA) 8 x 8 wheeled-type and the PT91 main battle tank. ROSOMAKS with our CHERDES I and CHERDES II equipment are currently in use with the Polish Mission Forces in Afghanistan and have served in Chad and Iraq, whilst the CHERDES II, specially adapted for more extreme climatic conditions, is installed in the PT91 tanks used by the army of a far eastern country in sub-tropical conditions.

The CHERDES III is about one third the size of the CHERDES I and II but has even lower detection thresholds. Because of its size, this instrument is ideally suited for use in reconnaissance vehicles.

The CHERDES range of chemical, radiological and nuclear blast threat detection systems are modular in design, allowing for separate units to be installed within the limited space available in AFVs and other similar vehicles.

Chemical and radiological threat monitoring for bunkers and military bases

Our latest instrument is the ASDS 24/7, which is a chemical and radiological threat detector that can be used on a continuous basis to monitor air at military base perimeters, bunkers etc., as well as on naval vessels. It is virtually maintenance-free

These instruments provide very quick and accurate detection of all the above-mentioned threats with a minimum false alarm level.

Together with the Military Technical Academy we are also developing an optical biosensor that uses laser-induced fluorescence to determine the presence of biological substances. 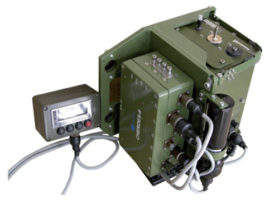 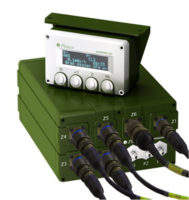 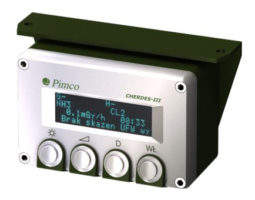