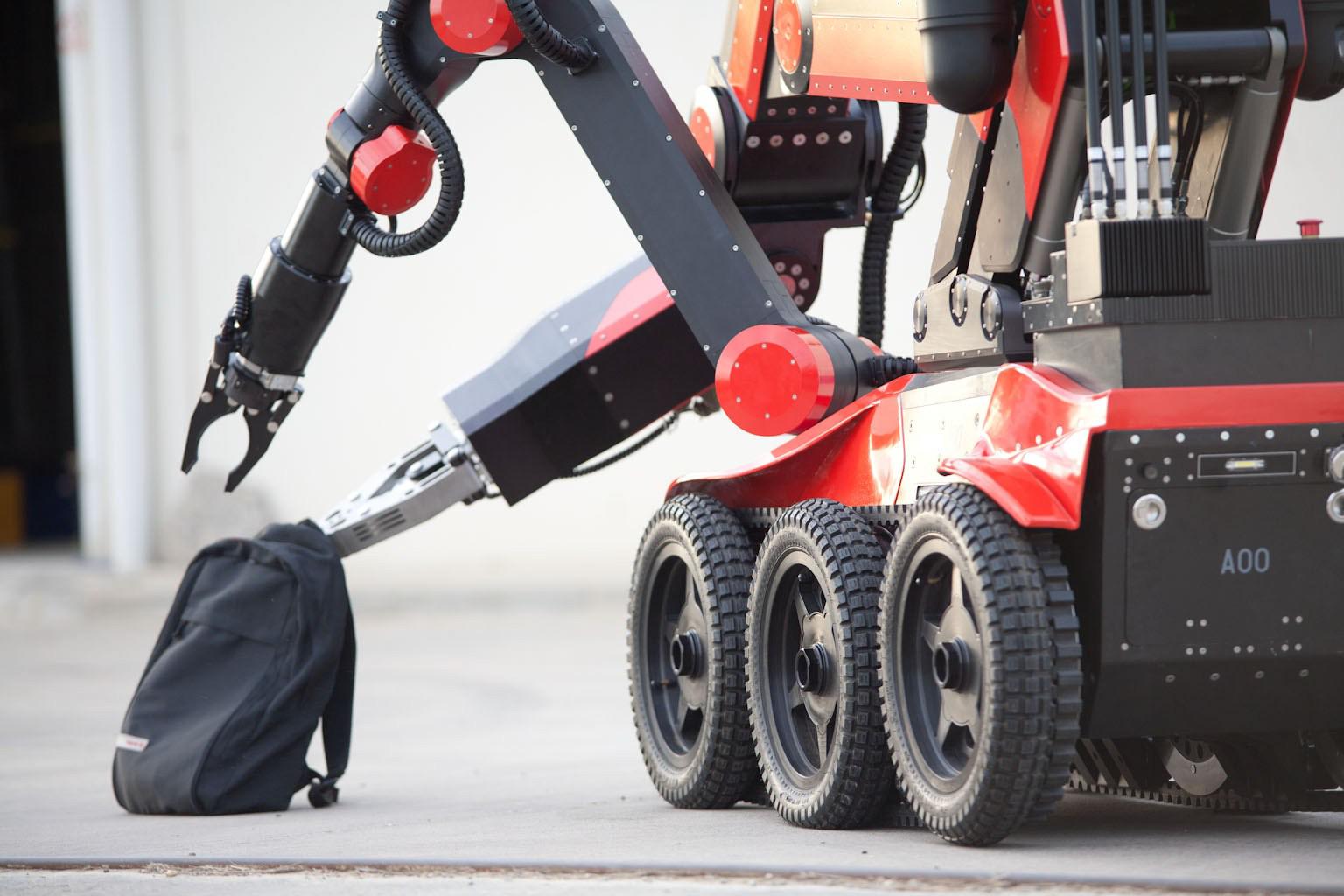 PROYTECSA SECURITY is lauching its new robot, the aunav.NEXT, at MILIPOL Paris, from 19 – 22 November, for the prevention and fight against counter improvised explosive device / explosive ordnance disposal / chemical, biological, radiological, and nuclear threats (CIED/EOD/CBRN). Ten years of experience in EOD robots enables PROYTECSA SECURITY to make the NEXT step in its category.

aunav.NEXT is the perfect evolution of more than ten years of development and technological innovation carried out by PROYTECSA SECURITY. It is the first EOD robot in the market with two synchronized arms. It allows operations and millimetric movements that are impossible to perform by any other robot. aunav.NEXT also has autonomous navigation systems that allow it to automatically move to the point of operation and return by itself in case the connection to the control center has been lost.

With a lifting force of up to 200kg and a turret with a rotation capability of 360º, aunav.NEXT preserves the features that make the aunav family the most powerful in the market, but also includes the latest technological developments in the most innovative areas. Built with aerospace components that ensure a ruggedness and unprecedented reliability, the streamlined design reduces potential damage due to blast. The aunav.NEXT can execute orders faster, climb up 45° stairs and thanks to its dual wheels and tracks can operate over any terrain.

Its IP65 certification prevents dirt or CBRN contaminants from entering the robot, allowing its use in the most demanding conditions, even partially submerged.