Novatiq, based in Switzerland, is a young high-tech company that designs, manufactures, deploys and supports miniature robotic systems / distributed robotic teams to military, police, and fire and rescue sectors.

The SCORP enables the users to conduct video reconnaissance in cluttered indoor environments and in outdoor landscapes. It is a miniature mobile reconnaissance device can be used for search, rescue and hazmat operations. In addition, it offers alternate-frequency robots, under vehicle inspection robots, operator control units and command monitoring stations.

At just 34cm (13in) long, 27cm (10in) wide, 12cm (4.7in) high and weighing just under 3.5kg (7.7lb), the SCORP is small enough to be carried in backpack and be thrown into buildings and hostile environments for reconnaissance and surveillance missions.

Onboard, it has four separate cameras, one on each side. Usable in day or night conditions, the camera tilts 90° allowing the operator to see in every direction with IR illuminators for night vision. With the ability to carry payloads of up to 3kg (6lb), the SCORP can be fitted with a variety of sensors radios, cameras and a robotic arm. It is controlled by a wearable controller at distances of up to 500m (1,650ft). Its top speed is 8km/hr (5mph).

The SCORP’s standard battery will provide up to two hours of power, which can be supplemented by an external battery pack to provide over six hours of operation. The real innovation is in this product’s affordability which places it at the top of the international rankings and enables it to be classed as a low-cost product.

A number of upgrades and accessories can be purchased alongside SCORP to make the robotic device more suitable to your individual needs.

The accessories and upgrades available include: 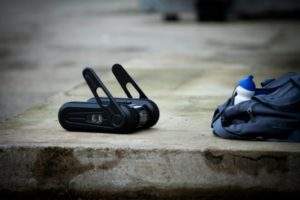 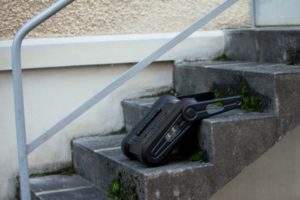 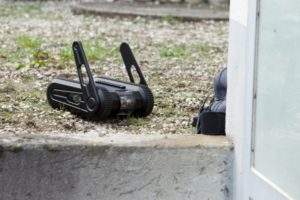 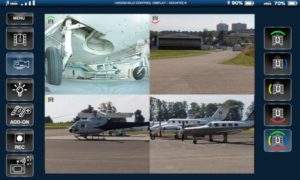 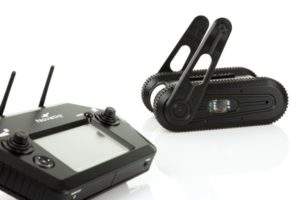