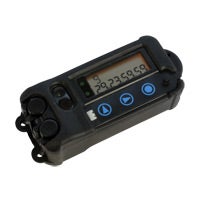 The PED Mk2, which has a countdown range from 1 minute to 30 days, is a third of the weight of the PED100 system it replaces and now includes an integrated programmer. The integrated programmer allows the timer to be set in the field to allow greater operational flexibility. Its capability is also enhanced as it can now survive immersion to a depth of 30m. The PED Mk2 can be used to support operations that include general combat demolitions, ammunition disposal and underwater mine clearance.

Despite its reduced size and weight, PED Mk2 has greater firing energy (1.5J) and a higher countdown resolution of one second which allows for accurate synchronisation of multiple detonations. The small size and near silent emissions profile of PED Mk2 also reduces the probability that the timer will be discovered. If discovered, removal of the tear-off keypad makes it impossible to re-programme or repurpose the device.

Mike Luedicke, General Manager of Chemring Technology Solutions in Poole, said: "PED Mk2 has been developed to improve mission efficiency by minimising training needs and delivering a more flexible and precise timing system. As it does not require a separate programming device, it allows the user, such as military engineers, to rapidly set custom time delays at the point of deployment."

Chemring EOD delivers a comprehensive range of counter threat solutions to protect people and assets in both military and civil environments worldwide.