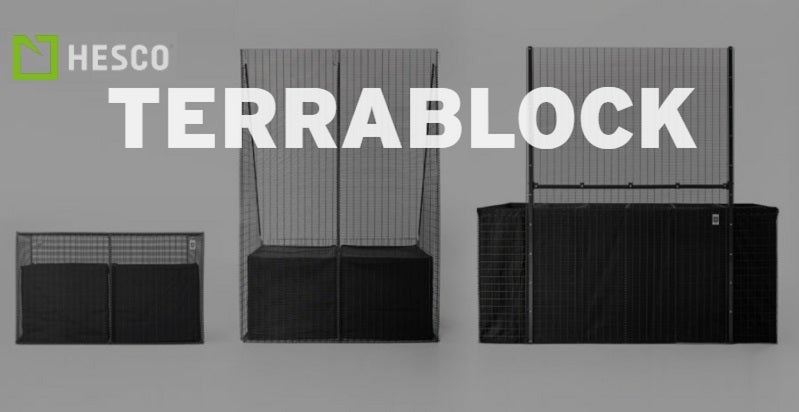 TERRABLOCK is the new security solution by Hesco designed to protect civilian and corporate environments.

The London 2012 Olympics were first used a debut for the HESCO Security Barriers, which have since undergone a five-year development period. TERRABLOCK has been designed in response to the heightened state of security the world faces, in the wake of increasing threats.

As hostile attackers take on new tactics, publicly used areas and critical infrastructure now require increased security measures in order to take a preventative approach, rather than merely being reactionary.

TERRABLOCK includes five designs, including a model designed for city landscapes and event venues such as sports stadiums and concert arenas called the XL, and one which adheres to police requirements named the XR.

The range also includes XS which is used in remote locations for oil and gas operators who require a high-level of security and the XT which has can be built upon to include further perimeter protection such as CCTV, surface mounted poles and detection systems. Finally, the XV which has been tested to M50P1 and can be enhanced with additional intrusion deterrents and detection if required.

TERRABLOCK has been engineered and tested to prevent hostile vehicles from gaining unauthorised access. The product has been certified as stopping a 15,000lb truck when travelling at speeds of 50mph. The range uses an energy transfer system to minimise any impact which occurs if a vehicle were to collide with the barrier. As well as this engineering feat, the product also uses anti-climb mesh which provides surface mounted protection.

Using welded mesh panels which are connected using a combination of pins and coils, TERRABLOCK is a flat-packed product which can be rapidly deployed. As it doesn’t require concrete foundations, it has little to no impact on the surrounding environment. In many cases, earth from the surrounding area is used where possible to fill the structure.

TERRABLOCK has so far been used to protect event spaces, including the Royal Armouries in Leeds and oil and gas infrastructure; the crash-approved barrier is able to protect a range of civilian and corporate sites where a high level of security is required. The barriers, though offering a formidable level of protection have being designed to blend into the built environment, therefore the safety steps being taken to protect the public or workforce can remain inconspicuous.

With a ‘business as usual’ attitude, TERRABLOCK is able to deter hostile attacks across a range of environments and uses.

As we have seen following the hostile events which have occurred this year, vehicle borne...