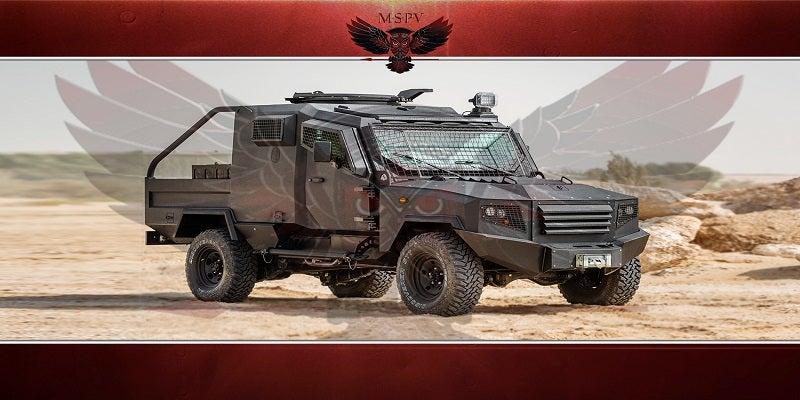 Tactical and protection vehicles for the military sector

The company’s buses range from ten-seater minibuses to full-size passenger buses and coaches. SUVs and sedans are available for VIP protection, transport of valuables, convoy escort, police operations, and all other applications where safety, mobility and discretion are required.

Minerva Special Purpose Vehicles (MSPV) provides armoured vehicles for civilian and defence applications.
The K10 and K14 are mine-protected vehicles for heavy-duty, off-road operations.
The 6x6 K24 is a variant of the K10, with higher passenger and payload capacities
The LPV-J light patrol vehicle is based on Jeep models.
The N6 troop carrier features automatic transmission.
The T2 offers high protection and mobility for limited-crew missions.
The T4 is a compact, agile vehicle for off-road applications.
There are multiple configurations available for Panthera T6.

Special projects include construction in areas under threat or at risk from leftover explosives.

MSPV’s Panthera range of vehicles is continuously expanded to ensure that the company offers a solution for every protected mobility requirement of military and civilian authorities.

The Panthera T-6, which is based on the Toyota 79-series 4×4 chassis, is suitable for urban and cross-country patrol, border security and personnel movement situations (APC) for driver and commander, in addition to up to six troops with space for mission equipment. The T-6 is available in various body configurations and offers protection against assault rifles to levels CEN1063/1522 BR6/FB6 or BR7/FB7, and against the explosion of two DM51 hand grenades under the floor.

The Panthera T-4 is based on the Toyota 79-Series platform, and a smaller vehicle favouring agility off-road. It can carry driver and commander, as well as four troops, and defend against light assault rifles and improvised explosive device (IED) attacks. Protection level CEN1063/1522 BR6/FB6 – NIJ III.

The Panthera T-2 is another variant of the original Panthera for limited-crew missions, where high levels of protection and mobility are needed. It can carry a four-man crew with protection up to STANAG 4562 level 2 (kinetic) or CEN1063/1522 BR7/FB7. It can be fitted with a 360° traverse ring-mount and protected cupola, as well as a variety of mission systems, and has storage space for fuel containers and ammunition boxes.

The first light-armoured troop carrier from MSPV available with automatic transmission, the Panthera N-6 is based on the Nissan Patrol platform, and can carry driver and commander and up to six troops. It is offered in CEN1063/1522 BR6/FB6 – NIJ III protection level.

The Panthera K-14 and K-10CMD mine-protected vehicles are adapted for a wide range of heavy-duty off-road platforms. They are designed according to specific requirements, and customised to the local parts and service availability for the chassis. A central tire-inflation system (CTIS), blast-mitigating seats and floor systems are also offered. Protection ranges from STANAG 4569 levels 1 to 4.

The Panthera K-24 is a 6×6 version of the K-14 for increased crew capacity and payload.

MSPV’s lightweight patrol vehicles (LPV) are available based on either the Jeep JK or J8 (LPV-J) or the Land Cruiser 79-Series (LPV-T) and designed to meet a variety of mission requirements with high reliability and ease of maintenance. The LPV can be configured for applications such as surveillance, border patrol or rapid reaction.

The base-vehicle is modified to increase the off-road capabilities and maximise the payload depending on the chosen configuration. The roll-cage provides protection to the vehicle and its occupants when moving obstacles or in case of an accident. It also provides support for additional equipment and accessories, including weapon-mounts, cargo racks and sand-ladders.

The LPV-J is available as a five-man, four-door vehicle with rear access for the rear-facing gunner, or a three-man two-door vehicle. The LPV-T can carry up to nine personnel. Both are also available in fully stripped-down, open configurations or with partial armouring to afford a level of protection to the troops.

MSPV’s civilian range of armoured vehicles includes SUVs and sedans such as the:

Buses and minivans are available too, such as the Ashok Leyland Falcon, the Toyota Coaster or the GMC Savana.

MSPV also offers a variety of armoured valuables transport vehicles (CIT and bullion trucks), armoured ambulances and special vehicles for specific circumstances, such as earth-moving equipment protected to STANAG 4569 level 2 for areas where land mines and unexploded devices may be present.