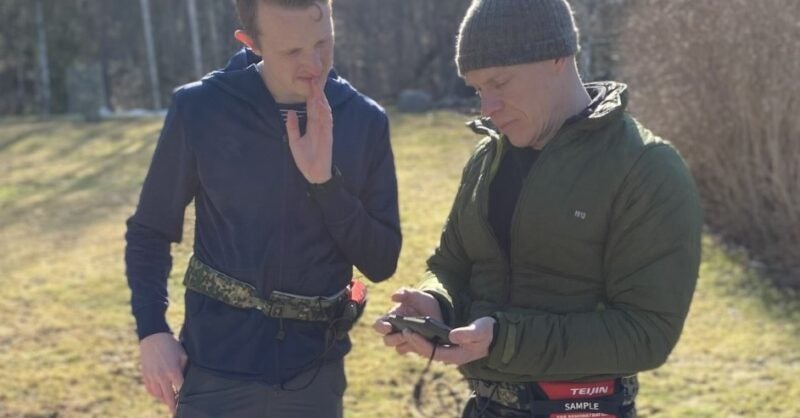 Our Swedish partner, OTROLICA, has been testing our Mission Navigation Belt extensively over the last few months to ensure increased reliability and efficiency.

These tests were carried out at OTROLICA’s facilities as well as at several sites in southern Sweden. The initial step of testing was done in a controlled setting to completely test the hardware and software’s present capabilities and flaws. Following the initial evaluation of the Mission Navigation Belt under particular and pre-determined settings, the belt was put through its capabilities in real-world scenarios, which took place in the ever-changing and demanding conditions of the southern Swedish wilderness.

The challenges faced were quite diverse due to the dynamic nature of the Mission Navigation Belt. Due to the multifaceted nature of the problem, which includes technology, application, and user experience, various degrees of possibilities exist. It makes pinpointing and solving the issue even more difficult, according to Otto Carlander, managing director of OTROLICA, an expert in sensory and tactile solutions. For the best and most accurate data collection, the experiments were repeated and reproduced extensively. The challenges that were encountered throughout the testing period were successfully resolved along with the support of the Teijin Solutions 2.0 team and development partner Elitac Wearables.

The Mission Navigation Belt was able to direct testers on a pre-determined route faster and more efficiently using simply tactile navigation after the testing and problem solving. Furthermore, users stated that the belt’s advancements made them feel more at ease each time, resulting in a higher level of confidence alongside with more accurate guidance. Multi-user testing confirmed this notion, with the three-person team traversing routes faster and more effectively than before. Following that, tests from waypoints were undertaken, and the results showed a higher increase in consistency and speed when compared to the pre-test findings.

In the near future, OTROLICA will undertake more thorough and difficult experiments. It will work to improve the system’s safety, speed, and reliability while maintaining a high degree of user experience.

How Haptic Technology Could Revolutionise Navigation