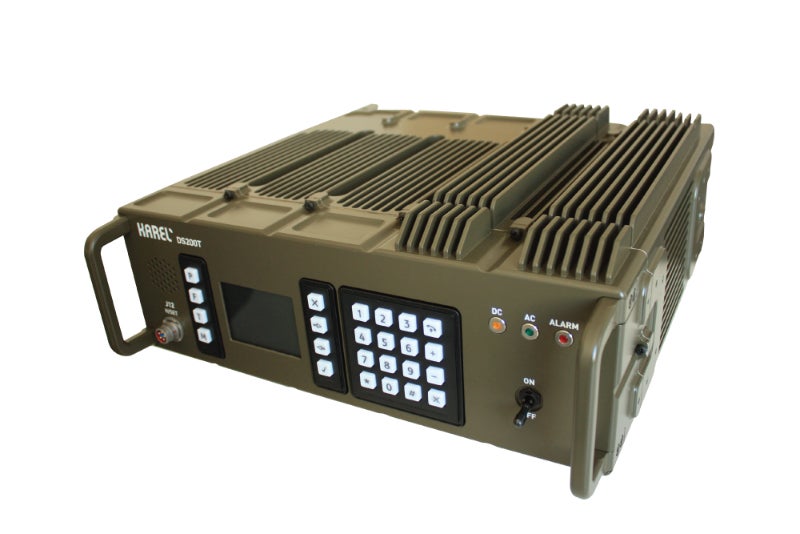 Many of the communication devices developed by Karel are used by foreign militaries, including the Turkish Army.

Karel delivers high-quality, fast services with more than 80 engineers in its dynamic R&D division. Producing its own designs, the company has one of the largest electronic manufacturing plants in Turkey.

The IKT102 intercommunication system is designed for armoured military vehicles. It has a radio interface, which offers intercom and radio access with high-quality sound.

The device has a robust structure, allowing it to endure harsh conditions. Due to its modular design, the IKT102 can be adapted to several platforms with a number of users.

Its components include an IKT102 central unit, headset, and external speaker unit (5m).

The DS200T is intended for field use and is resistant to shock and water. It has IP / Session Initiation Protocol (SIP) capabilities and allows communication through the combat-net radio.

Warning and announcement systems for armoured vehicles and tanks

Karel’s TAS102 alarm and announcement system is developed for armoured vehicles and tanks to generate high-volume warning sounds to crews outside vehicles when threats are detected by laser sensors or radars.

The tank system has an amplificator, speakers and push-to-talk microphones. The amplificator drives one speaker inside the vehicle and two speakers outside. This system amplifies the audio signal received from an external sound generator and drives the external loudspeakers.

Karel produces a communications exchange for use in naval operations.

DS200A is a reliable communication system made of high-grade, flexible and hard-wearing material. With such strong characteristics, the device improves the communication capacities of naval ships.

DS200A has full configuration features with more than 100 subscribers, while it has an X-band modem interface for satellite communication.

It can also communicate with alarm / announcement and internal communication systems via the MODBUS interface, featuring IP-based communication with IP trunk and SIP subscriber functions.

AD101 is a flexible, configurable alarm and announcement system, which provides communication capabilities for patrol boats, frigates, and other navy operations.

With its advanced features and integrated structure, the AD101 effectively meets the needs of military vessels. It can be integrated into the Karel-branded military vessel’s private branch exchange (PBX) systems and an alarm or announcement can be signalled through any of the vessel’s phones.

The power supply and amplifier are protected within the main panel.

It includes a video-on-demand system with touchscreen abilities, and is able to broadcast TV, radio, movie and music channels via media servers and antennas.

Other features include priority over announcement, full-level voice support, an independent marine alarm, a siren button, and an active state LED indicator.

Karel supplies a low-noise intercom and radio interface device with digital voice communication, the ability to support up to six internal users, and a high-quality headset.

The solution shock-resistant and has in-field firmware update capabilities. It also has PC-based management software for authentication and configuration of the system, while users of the radio can also be verified.

Operators can send and receive up to two different HF, VHF, UHF radios. There is independent use of the right and left ear-cups for intercom and radio use, as well as a hands-free communication facility for internal calls.

Karel produces robust military phones built to high military standards. The TD116 has a waterproof mechanical design and is suitable for the harsh environment of ships and military vehicles.

The department consists of 16 specialised engineering teams, while development activities are based on 20 defined processes for high-quality production.

In the last couple of years, Karel has increased its internal communication systems product range and has recently introduced its ‘IKT’ solutions. By the end of 2016, more than 500 systems had been delivered to Turkish Armed Forces.

Karel R&D is also investing in the development of avionic products built to DO-254 and DO-178 standards, and plans to launch these products soon.

Karel and other defence industry companies will be showcasing their unique products and solutions at the Thailand Defense and Security Exhibition 2017.