BELMA’s Engineering Mine Scattering System is designed for the creation of anti-tank minefields. It includes a carrier vehicle, TMN or MZK-E throwers, mine clusters, and MN-123 anti-tank mines.

Both the MN-123 and MR-123 are designed to neutralise armoured fighting vehicles and military means of transport in the battlefield.

The company’s anti-tank mines are available in combat, training and mock-up versions and they are armed with a two-directional shaped charge, and also feature a self-destruction and self-neutralisation system.

BELMA’s mine cluster facilitates mine laying from a TME or MZK-E multi-barrel thrower mounted on a carrier vehicle. TME and MZK-E can create wider minefields than competing systems and make it possible to scatter the mines laterally, on both sides of the vehicle, and behind it.

SPPLW Off-Route Anti-Tank Mine is equipped with a thermoacoustic influence fuse capable of detecting the presence of military vehicles within the effective range of the mine. The Explosively Formed Projectiles warhead is able to hit targets across a few dozen metres.

The mine’s warhead is located within the cylinder. After detonation, a kinetic penetrator is formed and it generates speeds of around 2,000m/s. A fragmentation pad can be placed on the end of the warhead, which generates a stream of fragments to eliminate unarmoured targets after detonation.

BELMA’s MPB-ZN and MPB-ZK Off-Route Anti-Tank Mines can supplement and increase the effectiveness of various engineered fortifications, particularly in places where using other mines is difficult, such as in urban areas.

The influence fuse contained in the MPB-ZN is connected to acoustic and thermal sensors that trigger mine detonation after a vehicle crosses the optical axis of the thermal sensor. MPB-ZK’s contact fuse actuates detonation when tracks or wheels of a vehicle roll onto one of the ten connected pressure sensors.

BELMA’s MPBK-ZN Off-Route Anti-Tank Mine is equipped with a thermoacoustic influence fuse that is able to detect the presence of military vehicles and locate its position relative to the mine. After the fuse sends a signal, the actuating system turns the Explosively Formed Projectiles warhead toward the target and initiates detonation.

Bottom mines and UAVs to neutralise landing vessels and tanks

BELMA’s MPD Bottom Mine is designed for mining in coastal waters and is also suitable for mechanical and manual minelaying from amphibious transport vehicles.

The mine is fitted with an influence fuse and a self-destruction system. It detects targets within a 5m radius and can remove vessels with demagnetised hulls from the battlefield as well.

The company develops warheads to defend against light tanks and armoured personnel carriers, as well as shooters, machine-gun nests, and strongpoints from combat zones. Warheads can be integrated into a miniature unmanned aerial vehicle (UAV).

BELMA’s UAV is armed with a tactical warhead that facilitates the observation of approaches, guidance and performance of combat and training tasks. Warhead models available include high-explosive, anti-tank, training and educational.

The company also manufactures CK-125 fuses used to arm 125mm 3BK14M high-explosive anti-tank projectiles during training. The fuse is equipped with an arming and securing system, and a self-destructor.

BELMA’s fuses are characterised by high effectiveness and reliability in the most challenging conditions.

Mine igniters for remote detonation

The WWM Multi-Sensor Mine Detector is developed for the semi-automatic detection of landmines and improvised explosive devices (IED). It uses an advanced multi-channel GPR-based detection unit with an infrared camera and sophisticated metal detector.

The detector is intended to be used 24 hours a day and can be operated in terrains with low vegetation and in temperatures ranging from -30°C to 50°C.

The Controlled Area Protection System is designed for the detection and elimination of enemy personnel and land military technology from the battlefield in the MITL (Man-in-the-Loop) operating mode. 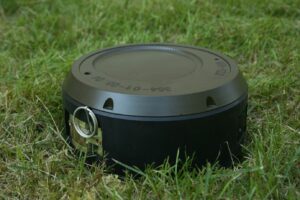 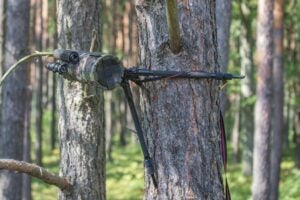 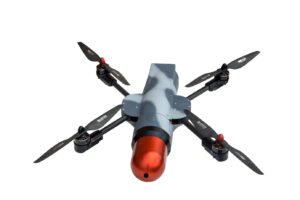 The Controlled Area Protection System is designed for the detection and elimination of enemy personnel and land military technology from the battlefield in the MITL (Man-in-the-Loop) operating mode.