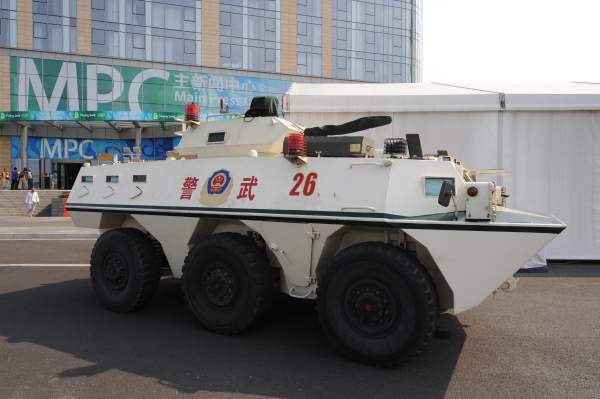 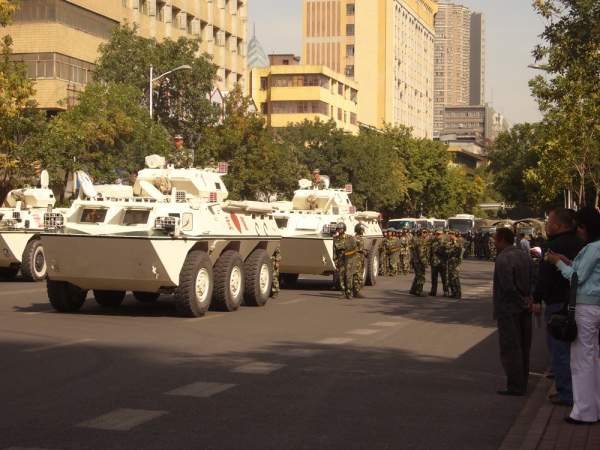 A convoy of WZ-551 armoured personnel carriers passing through the road of Urumqi in China. Image courtesy of Ccyber5. 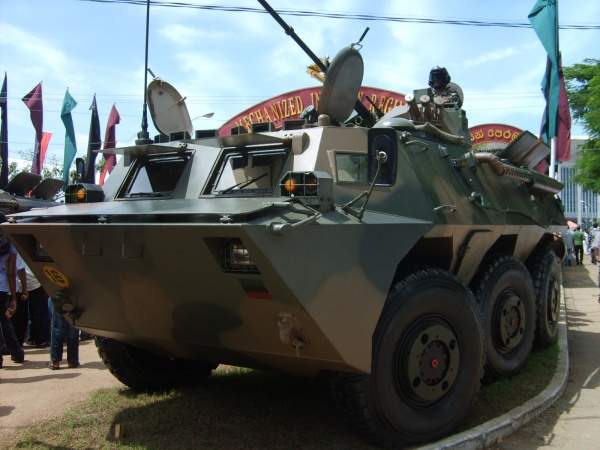 The WZ-551 is a family of wheeled armoured vehicles designed and built by the China North Industries Group Corporation (Norinco) for the People’s Liberation Army Ground Force (PLAGF).

"The WZ-551 is a family of wheeled armoured vehicles designed and built by Norinco for the People’s Liberation Army Ground Force."

The vehicle was, however, not inducted in to the PLAGF due to its poor performance. NGV-1, a new variant fitted with GIAT 25mm auto-cannon, was also developed as a successor of the Type 90.

Norinco developed an improved APC designated WZ551A (Type 92) in the early 1990s. The first two prototypes were manufactured by August 1991.

The hull of the WZ-551 is of all-welded steel construction. The forward compartment houses a driver on the left, commander on the right and gunner to his rear. The windscreens at front are covered with armoured shutters during combat. The forward section is separated from the troop compartment by an airtight door.

WZ-551 can accommodate nine troops on the bench-type seats provided on either side of the rear compartment. A large door on the right allows entry and exit of the troops.

The vehicle is fitted with standard equipment, including an NBC (nuclear, biological, chemical) protection system and automatic fire suppression system.

WZ-551 can be armed with a wide range of weapons based on the mission requirements.

"WZ-551 is also in service with the Armed Forces of Algeria, Bosnia, Iran, Kenya, Nepal, Sri Lanka, Sudan and Pakistan."

The hull of the vehicle protects the crew from small arms fire and shell splinters. The vehicle offers all-round protection against 12.7mm calibre weapon systems.

Type 92 is powered by a Deutz BF8L 413FC diesel engine coupled to a fully automatic transmission with five forward gears and one reverse. The engine delivers maximum power of 320hp.

The fully-amphibious WZ-551 is propelled in the water by two propellers. A trim vane is to be erected at the front and the bilge pumps on the floor are to be switched on before the vehicle enters water.