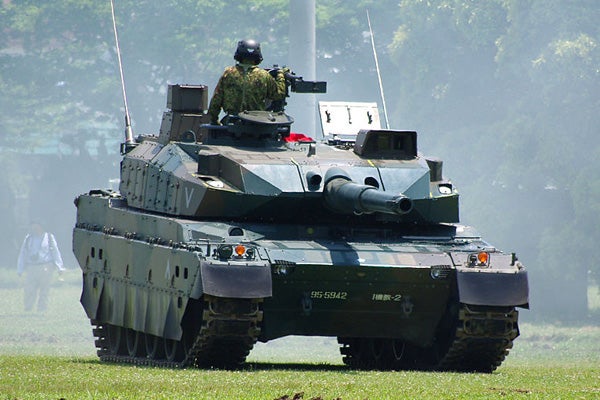 Type 10 (TK-X) is an advanced fourth-generation main battle tank (MBT) manufactured by Mitsubishi Heavy Industries, for the Japan Ground Self Defence Force (JGSDF). The MBT can be deployed in a wide range of missions including anti-tank warfare, mobile strikes, special operations force attacks and other contingencies.

The Japanese Ministry of Defence placed an order with the main contractor Mitsubishi Heavy Industries for up to 13 Type-10 MBTs in 2010. The tanks entered into service with Japan in 2012.

Development of the Type 10 MBT

The development of the Type 10 MBT was initiated by the Technical Research and Development Institute (TRDI) in 2002. A prototype of the tank was completed in 2006. Running tests were conducted through 2007 and 2008, and shooting and networking trials were performed thereafter. TRDI completed the development in 2009 and started producing the tanks in 2010.

The Type 10 MBT is the replacement of the Type 74 and Type 90 MBTs, which are in service with the JGSDF. It features significant enhancements in manoeuvrability, protection, fire power and performance becoming one of the world’s top 10 main battle tanks.

The tank accommodates a crew of three including commander, gunner and driver. It has a length of 9.4m, width of 3.2m and height 2.3m. The gross weight of the tank is 44t and the combat weight of 48t. The MBT can be transported by trains and trucks.

Armament and protection of Type 10 tank

The Type 10 MBT is equipped with a turret fitted with an automatic loading system. The turret can be rotated through 360° in traverse to determine the enemy targets. It is armed with a 120mm L44 smooth-bore gun, which is licence-built by Japan Steel Works.

The secondary armament of the Type 10 MBT consists of a M2HB 12.7mm heavy machine gun and a Type 74 7.62mm co-axial machine gun. The turret is also fitted with smoke grenade launchers.

It is also fitted with a nuclear, biological and chemical (NBC) protection system and automatic fire suppression systems.

Observation and fire control of the Japanese main battle tank

The Type 10 tank is equipped with an enhanced fire control system to engage stationary and moving targets. The tank also fitted with a laser range finder.

The commander’s station is fitted with a panoramic sight, mounted on the right of the turret. It provides day / night observation and target identification.

"It is also fitted with a nuclear, biological and chemical protection system and automatic fire suppression systems."

The MBT is fitted with a digital battlefield management system (BMS) that provides increased situational awareness by displaying the required information. The tank also boasts of advanced sensor systems and sophisticated C4I (command, control, communications, computers, and intelligence) equipment, which allows the tank to communicate and share information with other tanks in the GSDF network.

The intelligence C4I system also enables the MBT to work together with the troops in the infantry’s outdoor computer network, Regiment Command Control System (ReCS) during integrated combat operations.

The Type 10 tank is powered by water-cooled, four-cycle, eight-cylinder diesel engines coupled with a continuously variable transmission (CVT) gearbox. The engine generates a power of 1,200hp.

The tank is equipped with hydro pneumatic active suspension and offers superior mobility. It can accomplish a speed of about 70km/h forward as well as reverse. It has an operational range of about 440km.