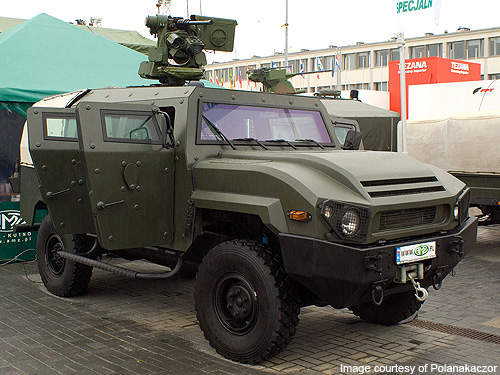 Tur is deployed in patrol and intervention operations. 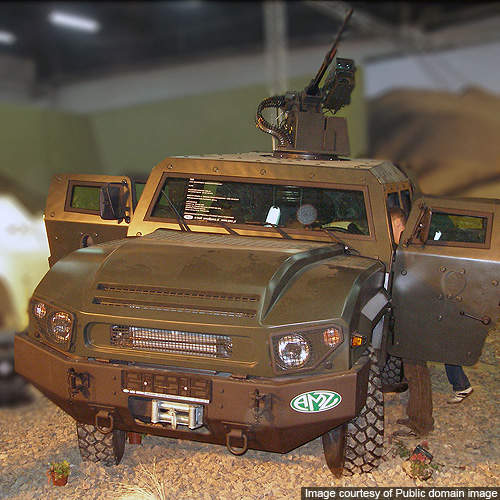 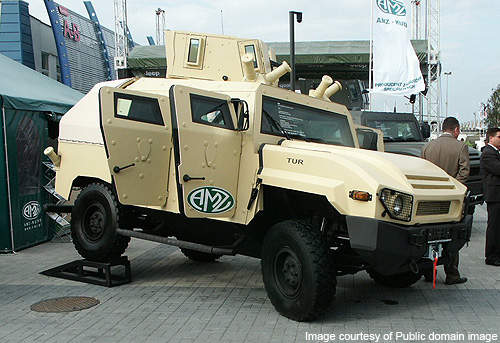 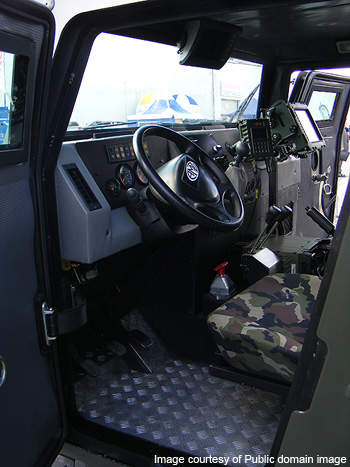 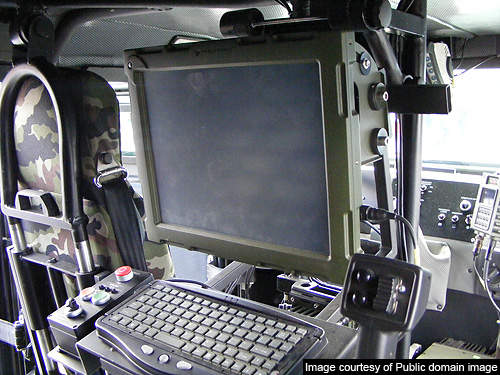 A close view of the Tur gunner's control panel.

Tur is a light-armoured vehicle designed by the Polish manufacturer AMZ-Kutno in 2007. The vehicle can be deployed as an armoured personnel carrier in patrol and intervention operations. It is designed to meet the specific needs of Polish forces stationed in Iraq and Afghanistan.

In 2009, two prototypes of Tur 3 vehicles completed a series of mobility trials in India with the Indian National Security Guard. The Indian Army is seeking 500 new light, bulletproof vehicles. AMZ-Kutno, in cooperation with Metalexport and a local company Vectra, is competing to fulfil this requirement with the Tur 3.

In addition to the basic model Tur, the vehicle is available in two variants known as Tur 2 and Tur 3. Tur 2 and Tur 3 are bigger variants than Tur (also known as Tur 1). These vehicles offer advanced levels of protection for the occupants. Tur 2 features relocated doors and alucovering in place of tarpaulin roof covering the cargo compartment.

Tur is based on the prototype chassis of commercial IVECO off-road vehicle. The layout incorporates engine forward, crew compartment in the centre and cargo space in the rear. It was developed as an alternative to the Humvee operated by the Polish Army. AMZ-Kutno developed the variant Tur 2 in 2008. The vehicle was displayed at Eurosatory 2010.

"The gross vehicle weight of Tur is 6.2t and payload capacity is 1t."

Tur can accommodate five soldiers, two in the front row and three in the second row, all facing forward of the vehicle. Two forward opening doors are provided on each side of the vehicle for the entry and exit of the troops. The vehicle has a dedicated cargo compartment and an armoured roof hatch.

The gross vehicle weight of Tur is 6.2t and payload capacity is 1t. The vehicle has a length of 4,870mm, height of 2,770mm and width of 2,230mm. It is equipped with air conditioning and heating systems, a run-flat tyre system, anti-lock braking system, a reversing camera and a GPS enabled navigation system.

The armament configuration depends on the customer requirements. The vehicle can be fitted with a roof-mount for housing a machine gun. A Tur armoured vehicle fitted with a ZSMU-127 Kobuz remotely controlled weapons station housing a 12.7mm heavy machine gun was demonstrated at the International Defence Industry Exhibition 2007 in Poland.

"Tur is based on the prototype chassis of commercial IVECO off-road vehicle."

The engine is armoured by steel plates of FB6 class. The body armour can be made of steel or steel and composites depending on the customer’s requirements. The vehicle may also feature additional composite anti-splinter protection on the bottom of the chassis.

The prototype vehicle is equipped with WB Electronics FONET internal communication system for all carried troops and DD9620T-10 tactical command system terminal. A miniature FLIR camera installed in the front bumper allows the crew to observe the area in front of the vehicle. The image captured by the camera is displayed on a screen placed next to driver.

Tur is powered by an Iveco Aifo 4-cylinder Common Rail engine with turbocharger and inter-cooler. Coupled to synchronised transmission (six forward and one rear gear), the engine provides a total power output of 166hp. The transfer case connected to the transmission allows the use of 24 shifts (12 each for on road and off road drive). The vehicle has permanent four wheel drive system. The propulsion system provides a maximum speed of 120km/h.