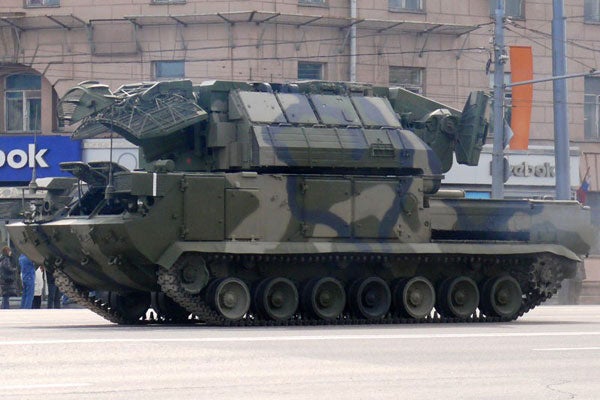 The Tor family of SAM systems is in service with the armed forces of Azerbaijan, Belarus, China, Cyprus, Egypt, Greece, Iran, Russia, Ukraine and Venezuela.

The three batteries are deployed with the 120th Air Defence Brigade and the Western Operational-Tactical Command of the Belarus Air Force and Air Defence. The Belarusian Army intends to secure ten batteries by 2020.

The deliveries are part of the 2006-2015 state armament programme which includes the maintenance of weapons in service, modernisation of the systems, and procurement of new equipment.

The Tor-M2 air defence missile system is produced in three variants. Tor-M2E is the export version, based on a tracked chassis. The capabilities of the system were exhibited in MAKS 2007 Airshow held in Moscow. Tor-M2E, along with 9A331MK transport launcher, was displayed in MAKS 2011 Airshow. Tor-M2K is another variant mounted on a wheeled chassis.

The Tor-M2KM SAM variant is designed to simultaneously destroy four aerial targets. It can be mounted on either a tracked or wheeled chassis. The Tor-M2KM, based on the three-axle TATA 2036C 6×6 chassis, was displayed in MAKS 2013 Airshow. The missile system was also exhibited in DEFEXPO 2014 in India.

The Tor-M2 missile system can operate 24 hours a day, in all weather conditions. It can be deployed in combat missions in difficult air and jamming conditions.

The missile system is equipped with two 9M334 modules, each containing four 9M331 surface-to-air guided missile ammunition in four transporting-launching containers. The module is used to store, transport and launch the missiles.

“The Tor-M2 missile system can operate 24 hours a day, in all weather conditions.”

The high mobility combat vehicle can carry up to three personnel, including a driver. It transforms from normal mode to combat position within three minutes.

The Tor-M2 can simultaneously engage up to 48 processed targets and ten tracked targets. It has the capability to exchange radar data with another vehicle. The system can destroy moving enemy targets within the range of 12km and at altitudes from 10m to 1,000m.

The combat vehicle aboard tracked chassis can accomplish a speed of about 65km/h on highways and 35km/h on dirt roads. The maximum weight of the vehicle is 37t.