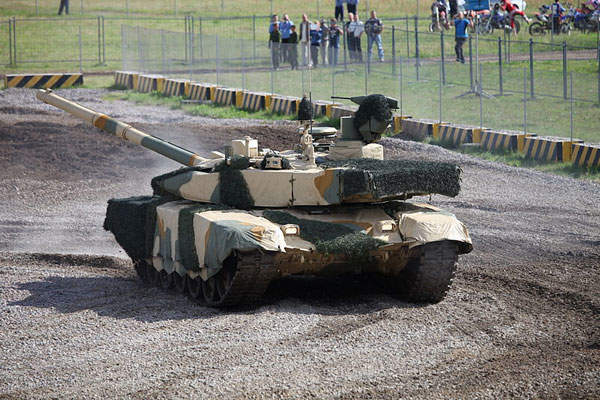 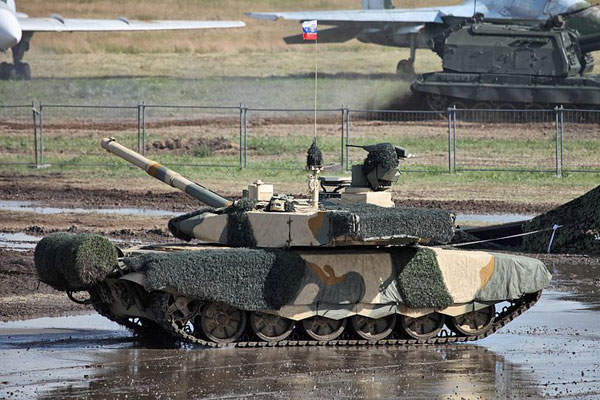 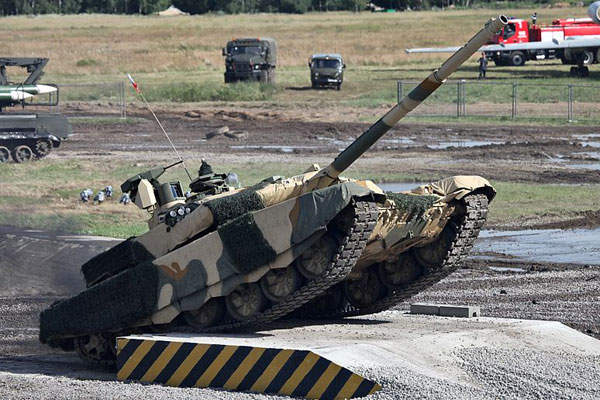 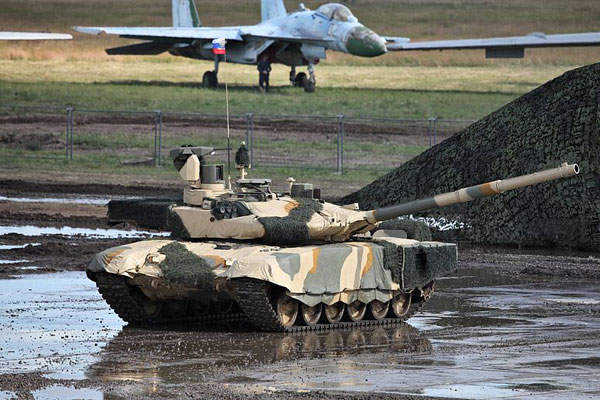 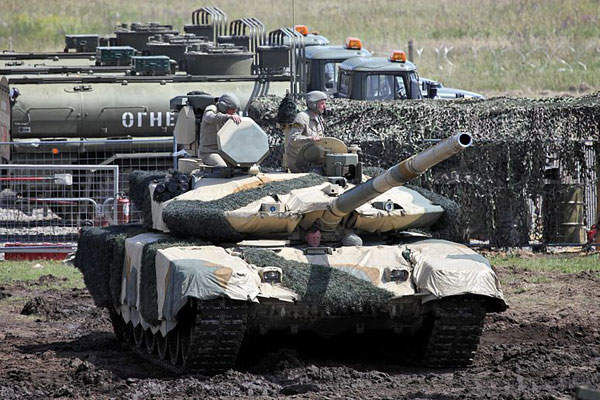 The T-90MS tank can accomplish a speed of 60km/h. Credit: Vitaly V. Kuzmin.

T-90MS is a modernised version of the T-90 main battle tank (MBT) built by Uralvagonzavod. The modernised tank is being proposed for the Russian Army and potential export customers.

The tank was first demonstrated during the Russian Expo Arms in Nizhny Tagil in September 2011. The capabilities of the T-90MS were also exhibited at DEFEXPO 2012 in New Delhi, India, as well as IDEX 2013 in Abu-Dhabi, UAE.

India’s Ministry of Defence (MoD) signed a contract worth $2.8bn with the Ordnance Factory Board (OFB) for the licence-production of 464 additional T-90MS MBTs domestically for the Indian army. The contract was awarded in November 2019 after the purchase was approved by the Cabinet Committee on Security (CCS) in April that year.

The extensively upgraded T-90MS tank will deliver enhanced combat capabilities in present warfare scenarios. The tank offers superior fire power and protection than that of its predecessor.

T-90MS features improved automotive components, suspension, protection, firepower and mobility. It can accommodate three crew members, including a driver, commander and a gunner. The combat weight of the tank is 48,000kg.

The tank can incorporate an optional air-conditioner cooling unit and an auxiliary diesel generator producing a minimum electric power of 7kW. The specific power of the tank is 17.7kW/t.

Armament of the T-90MS MBT

The main armament of the T-90MS tank is a 125mm 2A46M-5 high accuracy gun. The cannon can fire different types of ammunition. The tank has the capacity to carry up to 40 rounds of 125mm ammunition. The applicable shell types for the tank are BPS, OFS, BCS, and UR.

The MBT is also armed with a 7.62mm 6P7K anti-aircraft machine gun on a remotely controlled weapon station mounted on top of the turret to destroy stationary and moving targets. It can carry 2,000 rounds of 7.62mm ammunition and 800 cartridges. Six smoke-grenade dischargers are also fitted on each side of the turret.

Modular explosive reactive armour (ERA) panels are installed on rear and side projections. The ERA panels protect the tank from small weapons and shell splinters. The forward hull and turret can be equipped with RELIKT ERA for protection against anti-tank missiles. The T-90MS includes a collective PKUZ-1A NBC (nuclear, biological and chemical) protection system, and is also fitted with opto-electronic screening system, electromagnetic protection system and quick-action fighting equipment.

The rear hull and turret are fitted with slat armour to protect the engine section and ammunition compartment from grenade and rocket attacks. The anti-fragmentation panels made of aramid fabric protect the crew from the secondary flux of tank fragments.

Observation and fire control of the Russian main battle tank

T-90MS also consists of a digital ballistic computer featuring weather and topographical transmitting units and a barrel straightness monitor. The automatic target tracking is autonomously secured from the gunner’s and commander’s stations by implementing gunner-hunter mode.

Engine and mobility of the modernised MBT

T-90MS MBT is powered by a 12-cylinder V-92S2F diesel engine producing a maximum power output of 1,130hp. The engine is coupled to an automatic transmission with seven forward gears and one reverse gear.

The tank features torsion bar suspension integrating six hydraulic vane-type shock absorbers, as well as six road wheel and three track support rollers per side. It can accomplish a speed of 60km/h and a range of 550km. It can ford at a depth of 1.8m, while its maximum fording depth with USCE is 5m.