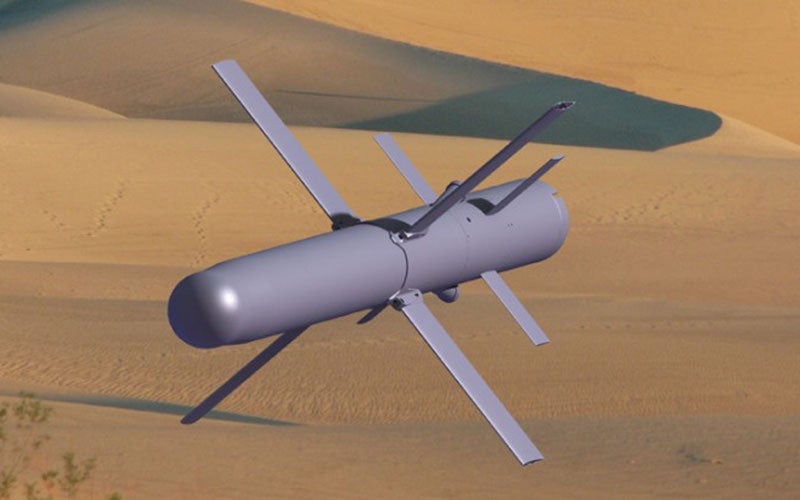 The missile system was unveiled during the Partner 2015 International Fair of Armaments and Defence Equipment held in Belgrade, Serbia, in June 2015.

The tactical missile system can be integrated on aerial, land and coastal platforms and can be fired at targets beyond the line of sight.

The Spider anti-tank missile system is equipped with four deployable wings and four tail fins, and features non-line-of-sight (NLOS) capability. It can be stored in a launch canister.

The missile has a total body length of 1.8m, a diameter of 0.14m and a wing span of 0.84m, and can carry payloads of up to 8kg. It weighs up to 45kg at take-off and approximately 35kg during the flight. It can perform autonomous flight using an autopilot and can be manually controlled by operators from its associated command station.

The control system actuators are used to control the missile’s fins, thrust vector and aerodynamic forces, and provide high-performance.

Guidance and control of the anti-tank missile

"The tactical missile system can be integrated on aerial, land and coastal platforms and can be fired at targets beyond the line of sight."

The tactical missile is guided by a nose-mounted imaging infrared seeker, which can be operated in fire, observe and update modes. The seeker provides target detection and tracking, high accuracy, infrared guidance, and real-time intelligence. It also provides the missile with man-in-the-loop capability that improves target detection and reduces the possibility of collateral damage.

The control subsystem fitted in the front part is used to perform computation and transmission of guidance and targeting data.

"The guided anti-armour missile … is capable of destroying main battle tanks at a range of up to 9km."

The two-stage, shaped-charge warhead features a precursor warhead and a main warhead. The cylindrically-shaped precursor warhead in the nose cone is used to detonate any explosive reactive armour (ERA) fitted to the armoured vehicles. The main warhead can pierce the underlying armour skin of the tank.

Propulsion and performance of Spider missile

Powered by a two-phase solid propellant rocket motor, the Spider anti-tank tactical missile can fly at a cruise speed of 200m/s. Located in the middle section of the missile, the rocket motor consists of booster and sustainer phases.

The booster stage’s solid propellant booster engine with a rocket boost thrust of 2,400N enables the missile to propel upwards. The sustainer phase acts as the main propulsion system, providing a thrust of 240N during the flight after the booster engine is jettisoned.

The guided anti-armour missile can reach an altitude of 500m and is capable of destroying main battle tanks at a range of up to 9km.