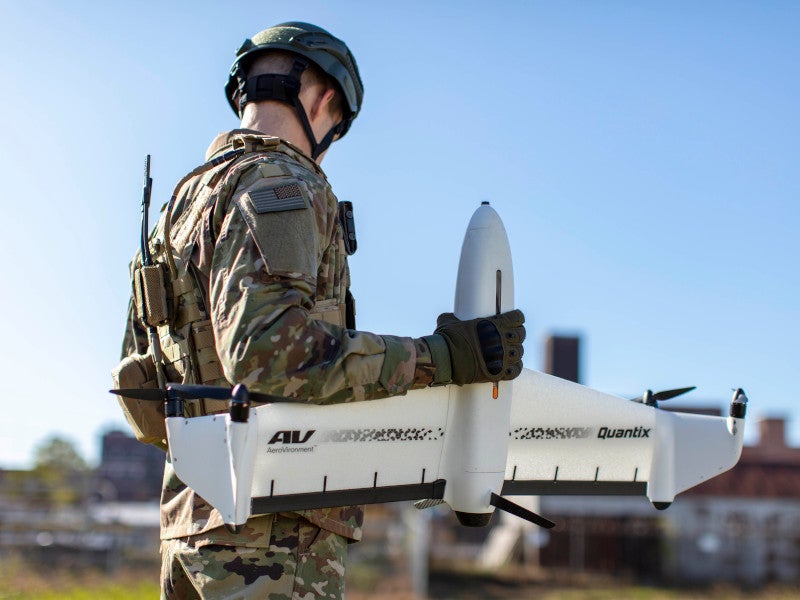 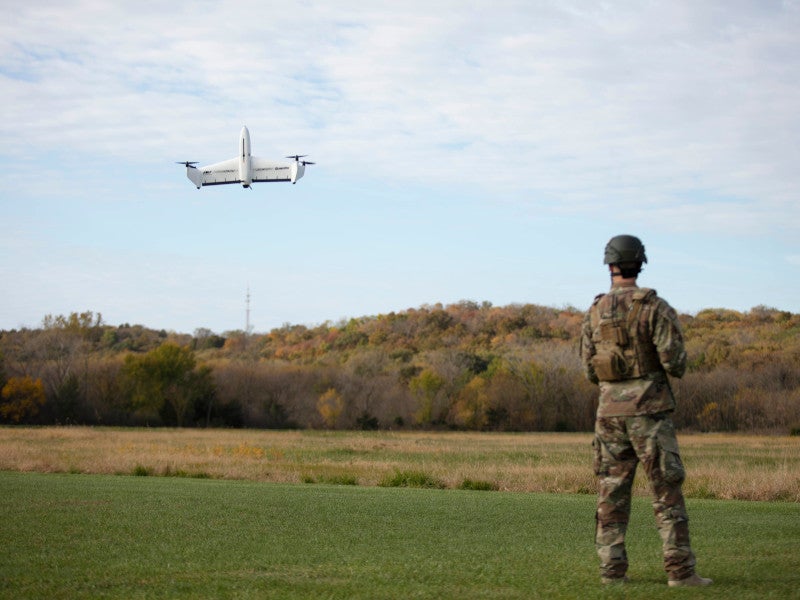 The UAS has a maximum range of 20km. Image courtesy of AeroVironment, Inc. 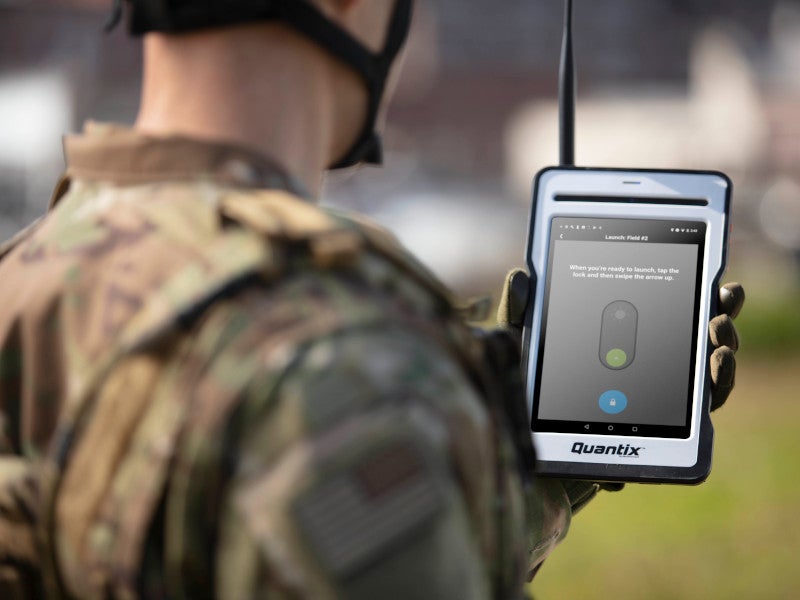 The imagery captured by Quantix Recon can be viewed on the tablet. Image courtesy of AeroVironment, Inc. 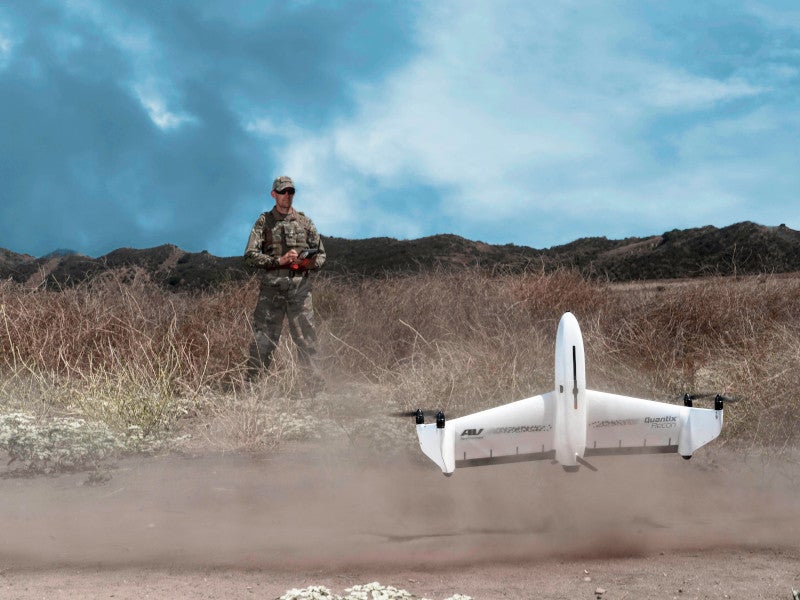 The wingspan of the Quantix Recon unmanned system is 97.5cm. Image courtesy of AeroVironment, Inc. 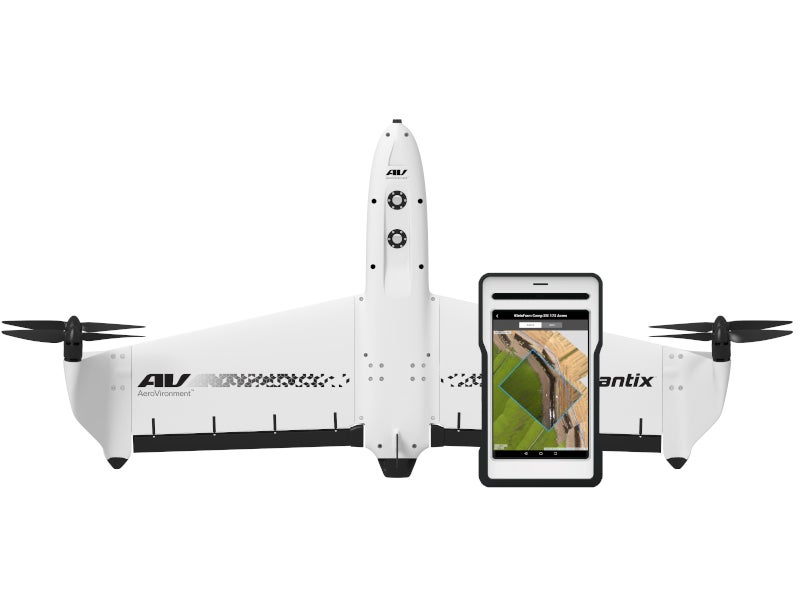 The images allow pinch and zoom to view every detail with precision and speed. Image courtesy of AeroVironment, Inc.

The VTOL UAS is manufactured by AeroVironment, a US-based provider of unmanned aircraft systems and tactical missile systems for the defence, government and commercial sectors.

AeroVironment unveiled the Quantix Recon UAS for defence applications in April 2020. The hybrid VTOL design offers the UAV a better range and efficiency, which allow it to cover more ground faster and capture aerial maps of remote, inaccessible areas to guarantee the safety of ground troops.

The Quantix Recon UAS incorporates a tail-sitter design. The VTOL aircraft rests on its tail for take-off and tilts horizontally for level flight. The hybrid VTOL design enables the UAV to outperform conventional quadcopters.

It has a wingspan of 97.5cm and weight of 2.27kg. The fully-automated take-off, flight and landing functions ensure effortless mapping and reconnaissance operations. It further increases protection for front-line infantry by minimising cognitive load.

The unmanned system allows swift mission planning and verification as it has the capacity to deliver accurate and up-to date maps within minutes of deployment. The radio frequency silent mode avoids detection and jamming, making it suitable for concealed operations.

The unmanned aerial vehicle is capable of surveying up to 1.6km² or 20 linear kilometres. The users have the option to choose between route, area and waypoint targeted data capture through multiple automated reconnaissance mode options.

Data collected from the aerial images is available in non-proprietary (GeoTIFF) file format and is compatible with all available geographic information system (GIS) analytical tools for further analysis.

Quantix Recon UAS is equipped with built-in dual 18-megapixel cameras which can collect high-resolution RGB and multispectral images. The cameras automatically adjusts their capture rate to maintain 85% frontal and 60% side overlap.

The UAS can be deployed within five minutes. It can be launched by a single operator with just one-touch by swiping up the arrow which activates the UAS.

The on-board processor allows users to view the images immediately on the operating tablet upon landing. This avoids the need for other devices, internet or software.

The tablet is installed with Quick-Look HD app, allowing users to view collected images and also pinch and zoom on an image to view every detail with precision and speed.

The navigation of the UAS is carried out automatically with flexible mapping modes including area, waypoint and linear.

The hand-held unit communicates with the UAS through an encrypted 900MHz communication system using Wi-Fi. The data collected by the UAS is stored on-board SD card.

Quantix Recon is equipped with four direct electric drive motors. The electric propulsion allows it to fly at a maximum altitude of 7,500ft above the mean sea level.

The unmanned aircraft can be programmed with five optional operational flight altitudes ranging between 150ft and 800ft.

The UAS has the capacity to withstand wind speeds of 32km/h (9m/s) and can operate in temperatures ranging between -17°C and 49°C. It achieves a maximum range of 20km and offers a maximum endurance of 45 minutes over a single battery flight.