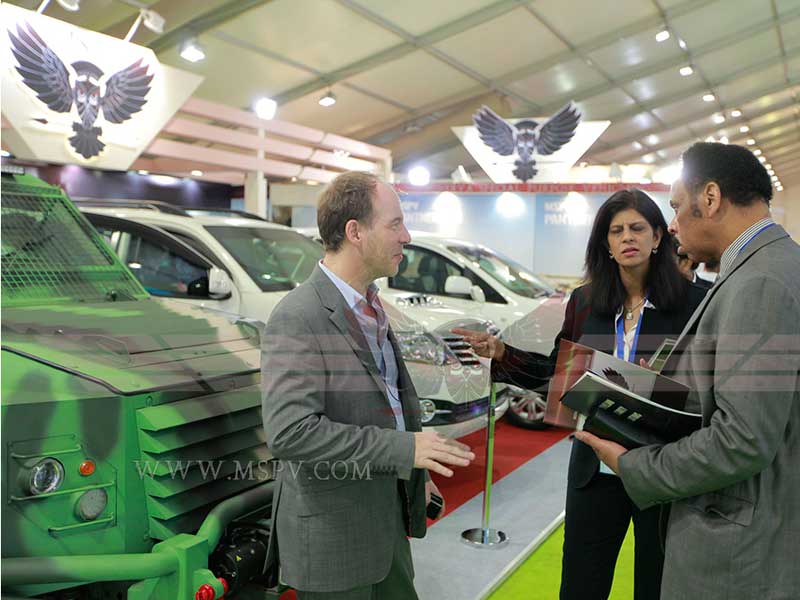 Designed to provide high levels of ballistic and blast protection, Panthera T-6F is the latest member of the Panthera family of vehicles including Panthera T-6L, Panthera S-8, Panthera S-10, Panthera K-14 and K-10CMD, and Panthera K-24. It was unveiled at the DEFEXPO 2016 held in Goa, India, in March 2016.

The new vehicle is suited for military and homeland security missions such as patrol, convoy protection, troop transport, law enforcement and peacekeeping.

The Panthera T-6F armoured personnel carrier is constructed of certified ballistic steel and features a modular design, which can be configured as per specific needs. The Toyota 79-series 4×4 chassis serves as the basis for the Panthera T-6F.

The crew compartment accommodates a driver and a commander, while the troop compartment carries up to six infantrymen.

The modular, spacious interior is fitted with a dual air-conditioner. It can be altered to accommodate a variety of mission equipment based on the operational requirements. The interior houses up to four stretchers and first-aid kit in ambulance configuration.

Two ballistic glass windows with mesh security grilles are provided on both sides of the troop compartment to offer good visibility. Occupants can enter or leave the vehicle through two rear doors. The crew cabin has two side doors with bullet-proof glass windows.

Additionally, the vehicle can be provided with a range of equipment including roof rack, jerry-can holder, shovels, tow bars, roof hatches, tool-boxes, and sand-ladders.

The light armoured vehicle can be fitted with a 360° ring-mount on the roof for mounting a manned / remote-controlled weapon station or guns or STORM non-lethal weapons. Gun ports are provided on the side and rear parts of the vehicle.

The Panthera T-6F can be equipped with a variety of sensors including C4ISR communications equipment, electronic counter-measure equipment, surveillance and monitoring systems, and other specific mission systems.

A remote-controlled search camera and search lights are mounted on the roof of the vehicle to support missions during day and night conditions.

The vehicle also has a rear view camera, which gives an improved view behind the vehicle.

The bullet-proof glass of the vehicle offers enhanced protection against assault rifles up to CEN 1063 and 1522 BR6/FB6 or BR7/FB7 standards. The bullet-resistant windshield is covered with mesh security grilles and improves crew safety.

“The new vehicle is suited for military and homeland security missions such as patrol, convoy protection, troop transport, law enforcement and peacekeeping.”

Armour plating around the Panthera T-6F APC provides occupants with Stanag 4569 level 1/B6 ballistic protection against projectiles. It is capable of withstanding the detonation of two DM51 hand-grenades and landmines beneath the floor.

The vehicle is equipped with 16×8 steel rims with run flat tyres and has a spare tyre assembly at the rear. It can be optionally provided with a 4.2l turbocharged diesel engine and heavy-duty alloy split-rims.