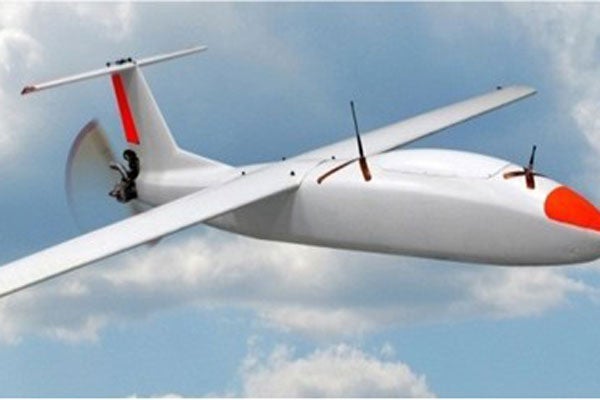 Outlaw MQM-170C G2 is an unmanned aerial vehicle (UAV) designed manufactured by Griffon Aerospace, for the US Army. The UAV will be used to provide air defence training and will be deployed in operational tests and the evaluation process of systems.

The UAV received certification from NATO Missile Firing Installation (NAMFI) in March 2014 for use in the training of Medium and Short Range Air Defense (SHORAD) systems.

The Outlaw MQM-170C G2 aerial vehicle completed qualification tests with the US Army in November 2012 following which Griffon Aerospace commenced production of the UAV. The next generation UAV’s flight tests were conducted with the US Army on Redstone Arsenal in May 2013.

The unmanned air system was unveiled during the AUVSI Pathfinder Annual Symposium held in Huntsville, Alabama, US, in March 2013. The UAV’s capabilities were also demonstrated during the International Defence Exhibition Conference (IDEX) held in Abu Dhabi, UAE, in November 2013.

Outlaw G2 was used by the US Army Space and Missile Defense Command / Army Forces Strategic Command during testing of the High Energy Laser Mobile Demonstrator (HEL MD) in November 2013.

The Avinc Puma AE (all environment) is a compact, robust and lightweight remote-controlled unmanned aerial system (UAS) designed and manufactured by AeroVironment (AV) to meet the requirements of US Special Operations Command (USSOCOM).

Design and features of Outlaw G2

The lightweight Outlaw MQM-170C G2 is the latest version in the Outlaw family of UAVs developed by Griffon Aerospace.

The new UAV has increased aerodynamic efficiency and enhanced visual signature, and offers superior reliability and manoeuvrability. It is provided with an upgraded air frame, which supports operations in difficult field conditions. It features longer and more traditional rib and spar wing design with a flap actuator. It also boasts increased fuselage structure and depth.

The UAV has a length of 2.7m and a wing span of 4.9m, and can be launched by either by an inexpensive launcher equipment or a runway. It supports Griffon Aerospace’s existing Outlaw ground support equipment and payload systems. The maximum takeoff weight of the UAV is 225lb.

The Outlaw G2 can be optionally configured to incorporate carbon fibre technology to deliver high performance.

The Outlaw G2 aerial vehicle is controlled by a ground control station (GCS), which is equipped with laptop computers to display the UAV’s information. The GCS also consists of telemetry suitcase, data links and other satellite communication systems.

“The Outlaw G2 can be optionally configured to incorporate carbon fibre technology to deliver high performance.”

The Outlaw MQM-170C G2 is powered by a two stroke engine consisting of two cylinders. The vehicle can fly at cruise speeds between 60kt and 80kt, whereas the maximum air speed is 126kt.

The UAV has a ceiling of more than 16,000ft and can carry a payload between 40lb and 60lb, depending on fuel load. It has a maximum endurance of more than eight hours. The operational range of the UAV without the use of data relay is about 60nm.