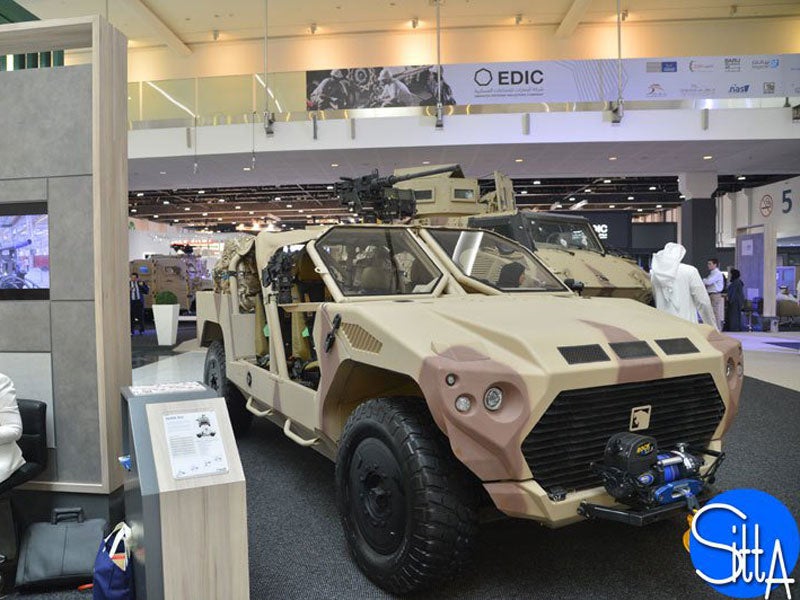 Designed in accordance with the international military standards, the purpose-built tactical ground vehicle is intended for use by the armed and special forces units to conduct reconnaissance, covert and special operations over long ranges.

The RIV was designed, engineered and tested by UK-based HORIBA MIRA over a period of one year. The vehicle is expected to undergo a series of trials later this year.

The NIMR Rapid Intervention Vehicle is based on a 4×4 wheeled chassis and features a lightweight design with a roll cage frame. It is available in left-hand drive configuration.

The vehicle has a length of 4.89m, width of 2m, height of 1.81m, and wheelbase of 3.25m. Its gross and payload weights are 4,000kg and 1,500kg respectively. The payload capacity can be increased based on the customer’s requirements.

The RIV, in its standard configuration, can carry a driver and three crew members along with their equipment. It can be modified to incorporate up to six seats.

A self-recovery winch is mounted on the front of the vehicle for self recovery and other applications.

The vehicle is deployable either by land-based vehicles or a CH-47 Chinook twin-engine heavy-lift helicopter, internally or as an underslung load.

The NIMR RIV tactical ground vehicle can be armed with a number of light and medium machine guns. A 12.7mm machine gun is fitted on a pintle-mount assembly on the roof of the vehicle to defend light armoured vehicles, infantry and military installations.

Additional survivability for the occupants is provided by two pintle-mounted 5.56mm calibre light machine guns, one on the right-hand side of the crew cabin and the other in the passenger compartment. An automatic grenade launcher can be installed to engage enemy troops.

Ballistic protection for the vehicle’s occupants is provided by modular applique armour packs.

A C4I (command, control, communications, computers and intelligence) system is installed to provide the vehicle operators with better situational awareness and command and control (C2) capabilities.

The NIMR RIV’s powerplant is located in the forward portion of the vehicle. It comprises a diesel engine coupled to an eight-speed fully-automatic transmission system. The engine develops an output power of 300hp and a torque of 600nm.

"Designed in accordance with the international military standards, the purpose-built tactical ground vehicle is intended for use by the armed and special forces units to conduct reconnaissance, covert and special operations over long ranges."

A battery management system (BMS) can be installed to monitor and control the rechargeable batteries in the vehicle.