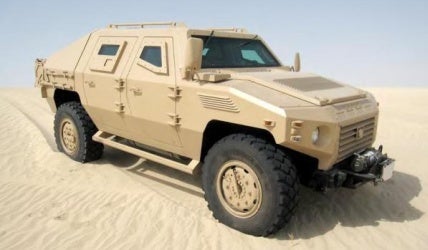 The UAE Army placed a contract for 500 NIMR vehicles in early 2005. Another $145.4m order was placed for 1,000 NIMR high-mobility tactical vehicles on the final day of IDEX in February 2011. The UAE Ministry of Interior placed an order for an additional 200 NIMR vehicles in March 2012.

In February 2009, Libya signed a contract with Bin Jabr for 120 NIMR 4×4 vehicles for the Libyan Armed Forces.

The NIMR family of armoured vehicles are made in various configurations for a range of battlefield requirements.

Development of the armoured vehicles

The Al Fahd armoured vehicle has been developed by the Abdallah Al Faris Company for Heavy Industries, which is based in Saudi Arabia at Damman, just north of Dharan near the coast of the Persian Gulf.

The development of NIMR vehicle was originally undertaken by Emirates Defence Technology (EDT). Detailed engineering and prototype of the first NIMR 1 vehicle was completed by the engineers from Industrial Computer Technologies, a subsidiary of Russia’s GAZ (Gorky Automobile Plant). Further development of the NIMR family of 4×4 and 6×6 vehicles was carried out by the Bin Jabr Group.

The first batch of three prototypes was rolled out in 2000. Production continued in Jordan at Advanced Industries of Arabia (AIA), established by King Abdullah II Design and Development Bureau (KADDB) and Bin Jabr Group.

The Bin Jabr Group teamed up with MBDA and Rheinmetall Defence Electronics (RDE) to develop NIMRAD (NIMR Air Defence) and NIMRAT (NIMR Anti-Tank) anti-armour / anti-bunker vehicles based on the NIMR 4×4 vehicle. The NIMRAD vehicle was first demonstrated at IDEX in February 2007.

In February 2009, state-owned Tawazun Holding and Bin Jabr signed a memorandum of understanding (MoU) to set up a joint venture for the development of NIMR vehicle. The new company, called NIMR Automotive, manages the production facilities of NIMR range of vehicles in Jordan. It plans to move the production facilities from Jordan to the Tawazun Industrial Park in Abu Dhabi.

Design of the NIMR APC

The 6×6 APC can transport up to 12 soldiers. Designed to operate in the Middle East’s harsh desert climate, the NIMR has a cooling system for enabling operations in temperatures of up to 55°C.

Self-protection, engine and mobility of the military vehicle

The NIMR armoured personnel carrier is provided with level 1 baseline mine and ballistic protection.

The NIMR is powered by a Cummins ISBe300 turbo 6.7l six-cylinder diesel engine coupled to the Allison S 3000 six-speed automatic transmission. The engine delivers a power of 300hp. The power to weight ratio of the vehicle is 23.4hp/t.

The NIMR can negotiate a gradient of 60% and vertical obstacle of 0.5m. The vehicle has a maximum road speed of over 130km/h and range of 800km.