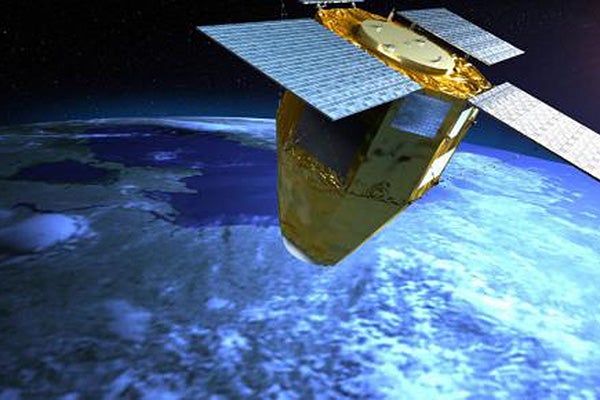 The multinational space-based imaging system (MUSIS) is a next generation programme designed to provide space based imaging capabilities for surveillance, reconnaissance, intelligence and earth observation operations of the European military. The system is scheduled to begin services from 2015.

The MUSIS programme was initially launched by six European Union member states, including Belgium, Germany, Greece, France, Italy and Spain, while Poland also joined the programme in December 2010. It will allow the nations involved in the programme to share imagery from several military satellites using a common, generic user ground segment (UGS), as per the agreed rules.

The programme is being implemented in two phases – MUSIS Phase B1 and MUSIS Phase B2. It is intended to transmit requested images from space components, including two optical (optical space component or CSO and Ingenio) and two radar (SARah and CSG) systems to a common ground-user segment using next-generation technologies.

The architecture and feasibility studies of the MUSIS programme were launched in December 2006 and submitted in 2007. Development of the project began with the Besoin Operationalle Commun agreement signed by the five nations (France, Germany, Belgium, Spain and Greece) in November 2008.

MUSIS was approved as a Category B programme by the European Defence Agency (EDA) in March 2009. The Polish Ministry of National Defence signed a contract in December 2010 to support the project.

"The Polish Ministry of National Defence signed a contract in December 2010 to support the project."

In May 2011, France and Italy signed the programme decision for the MUSIS federating activities (FA) programme which is managed by Organization for Joint Armament Co-operation (OCCAR-EA). The MUSIS FA will allow the two countries to access optical and radar images produced by the CSO and CSG systems. The nations also agreed in June 2012 to launch MUSIS preliminary definition phase.

OCCAR-EA awarded MUSIS FA Phase B1 contract to Thales Alenia Space Italia, EADS Astrium France, and Thales Alenia Space France, in July 2011, to carry out a study phase to define a Common Interoperability Layer (CIL) between the Ground Segments of the COSMO-SkyMed second generation and the CSO system. The study was completed in August 2012.

Airbus Defence and Space secured a €300m ($410m approximately) contract from the DGA, in January 2014, to build the UGS for the MUSIS programme.

The CSO system integrating optical and radar space components is the French government’s contribution to the MUSIS configuration. The French national centre for space studies (CNES) is responsible to carry out the over €1bn CSO project.

"The French national centre for space studies (CNES) is responsible to carry out the over €1bn CSO project. "

DGA and the CNES signed a protocol for the design of the CSO project in May 2009. It will consist of two satellites, the first of which is expected to be launched in December 2016.

CNES awarded a €66m ($81m) contract to EADS Astrium in June 2010 for the design, technological developments and management of the CSO project. France will lead the CSO HR and THR satellites, which will be placed in a Sun-synchronous orbit.

Astrium secured a €795m ($1.05bn) contract from DGA, in December 2010, for the development of two CSO satellites to replace the Helios 2 military space observation system. The contract also includes an option for the third satellite. The satellites will identify smaller targets and provide more images of the crisis zones.

Thales Alenia Space España secured a €11m ($15.5m) contract in June 2011 to design, develop, produce, qualify, and supply electronics for the focal plane of the optical instrument (FPPB) and the service module (MSI) for the first two CSO satellites.

Sofradir was awarded a four-year contract in October 2011, to supply infrared detectors for the engineering and flight model phases of the CSO satellites. Deliveries are expected to be completed by 2015.

In March 2012, Astrium secured a $267m, six-year through life-support agreement with the French DGA for the maintenance and upgrade of ground-based user segment for the Helios 2 military reconnaissance satellite and its successor system, CSO.