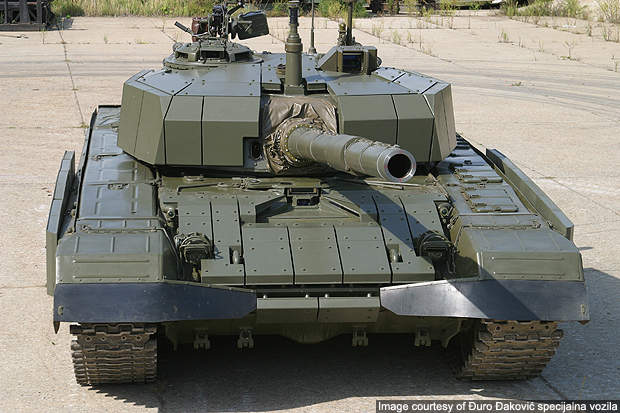 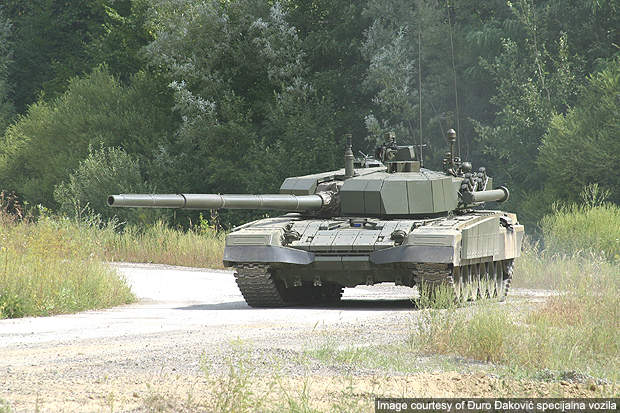 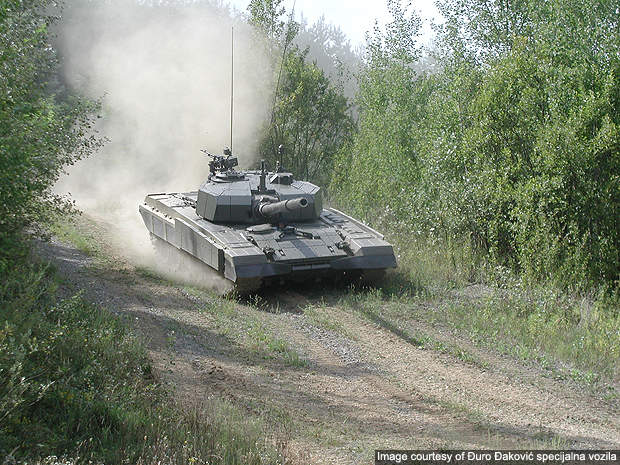 The M-95 Degman is a main battle tank (MBT) developed by Đuro Đaković specijalna vozila, a Croatian manufacturer of armoured combat vehicles. It is an improved version of the Yugoslavian M-84 MBT. Those M-84 tanks that are upgraded to M-95 are designated as M-84D.

The M-95 was developed in 2003 to meet the requirements of the Croatian Army. It was expected to enter production after completion of M-84 production cycle. Although the prototype is currently being used by the Croatian Army, as of February 2008 it had not yet entered serial production.

The tank will be built as per customer requirements and according to their operational needs, such as climatic conditions and compatibility with other devices.

The Croatian Government is currently operating one M-95 and one M-84D MBT. The M-84D is being used as a sample for export purposes. It is planning to order up to 30 M-95 Degman and 74 M-84D tanks. The upgrade will cost approximately 1.2bn Kuna ($221m approximately).

"The M-95 was developed in 2003 to meet the requirements of the Croatian Army."

The new turret is made of welded steel and has flat sides that can be fixed easily with additional armour.

The tracks are of German Diehl 840 series with replaceable pads. Other improvements include a self-entrenching blade and a radio communications package with a PR4-G frequency.

The new MBT features an explosive reactive armour (ERA) package called RRAK, which is supplied by Israel-based Elbit Systems. It is placed on the turret, hull front and side skirts to protect the tank from high-explosive anti-tank (HEAT) shaped-charge weapons. At the back of the turret is a separate compartment to protect the crew when the tank is hit from behind.

The battle tank also features a nuclear, biological and chemical (NBC) reconnaissance system, a fire detection and suppression system, and a computer based driver control panel. The laser IR radiation detector and warner system (LIRD) is used along with the grenade launchers mounted on either side. The warning system was supplied by Slovenia-based Fotona.

The new computerised fire control system, known as OMEGA-D, helps the gunner to get stable day / image intensification (II) sight with the help of a laser range-finder that is integrated with the system. The system also has an optional camera, the TSGS-D.

The Fotona COMTOS commander takeover system day / night sight with DNKS-2 integration and hydraulic gun control equipment is fixed at the commander’s seat with the option for an all-electric system.

The combined day / night driver’s periscope, CODRIS-E has 40o and 125o field view in the night and day channel respectively. It has a vertical field view of 30o at night and 24o at day. The driver and commander are provided with two standard TNPA-65 auxiliary periscopes.

The SGS-D stabilised gunner sight and the day channel have a 10x magnification. The night channel is the second generation image-intensification type which includes the Nd-Yag range-finder with a range of 200m-10,000m.

The armament includes an improved 125mm smoothbore gun with an automatic loader which first loads the projectile and then the charge.

"The Croatian Government is currently operating one M-95."

The gun can fire armour piercing fin stabilised discarding sabot (AP-FSDS) cartridges, HEAT and HE types of ammunition at a rate of eight rounds a minute.

The autoloader can load 15% faster at a rate of nine shells a minute and can hold 22 rounds and charges. In addition, it can carry 20 more projectiles and charges in the storage compartment.

The secondary armament consists of a coaxially mounted 7.62mm gun along with a roof mounted 12.7mm machine gun on the right side, which can be aimed by remote control. All the remote controlled weapons were supplied by Rafael Advanced Defence Systems.