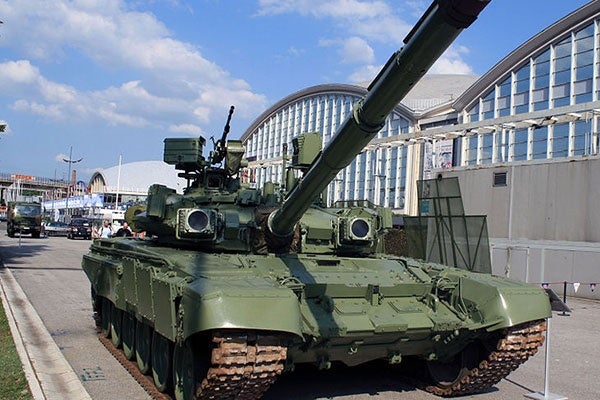 M-84AB1 (M-2001) is the latest upgrade of the M-84AS main battle tank (MBT), a Serbian version of the M-84. The new tank is designed to offer ground forces with enhanced firepower, armour protection and mobility in the battlefield.

Al-Zarrar is the main battle tank (MBT) of the Pakistani Army.

Serbia currently operates a total of 212 M-84 MBTs, including M-84AS. The M-84 series is also in service with the ground forces of Kuwait, Croatia, Slovenia, and Bosnia and Herzegovina.

Serbia’s state-owned Yugoimport SDPR produced the M-84AB1 version with additional armour protection and firepower capabilities. Other variants of the M-84 MBT are M-84AB, M-84ABK and M-84ABN.

Design and features of M-84AB1 MBT

The base version has a length of 9.5m, height of 2.2m, width of 3.6m and combat weight of 41,500kg. It is manned by three crewmembers that include driver, gunner and commander.

The digital passive intelligence radar system is used to automatically detect, identify and warn land or air targets. It is also capable of detecting and identifying pulse Doppler radars, continuous-wave radars, quasi-continuous-wave radars, and all types of scanning and non-scanning pulse radars at long ranges. The laser warning sensor is used to detect, analyse and locate laser threats.

The main battle tank is armed with a remotely controlled weapon station (RCWS) with an improved 125mm 2A46 smoothbore gun as the primary weapon. The firepower has been improved with the installation of barrel-launched laser guided missiles, new generation armour-piercing fin-stabilised discarding-sabot (APFSDS), and standard projectiles.

The tank has a set of six smoke grenade launchers on both sides of the turret. It can be optionally fitted with a remotely operated heavy machine gun (HMG).

The remote-controlled turret is operated using a fire control system (FCS) integrated with day, thermal, laser rangefinder, and laser channels. The FCS provides high accuracy in identification, tracking, acquisition and engagement of stationary or moving targets both during day and at night under adverse weather conditions.

The gunner has an independently stabilised, day/night, two-axis, line-of-sight sighting system. The commander’s panoramic surveillance and observation station (TOMS) provides surveillance and reconnaissance even in low-visibility conditions, up to a distance of 10km. The TOMS is fitted with a wide field-of-view CCD TV camera, laser rangefinder, narrow angle black-and-white TV camera, and a thermal imager.

The MBT’s battle management system improves situational awareness by displaying the data on a digital map. It incorporates navigation, positioning and communication systems to provide command and control for target acquisition, mission planning and preparation, decision making, report issuing, and other combat operations.

The M-84AB1 main battle tank is powered by a multi-fuel, four-stroke, turbocharged V46-TK-1 engine, which has a generating capacity of 735kW. Its modernised running gear delivers increased manoeuvrability on different terrain conditions.

The tracked combat vehicle can travel at speeds up to 72km/h and has a range between 450km and 700km. It can cross trenches of 2.8m and vertical obstacles of 0.85m. It has a fording depth of 5m and a ground clearance of 0.47m.