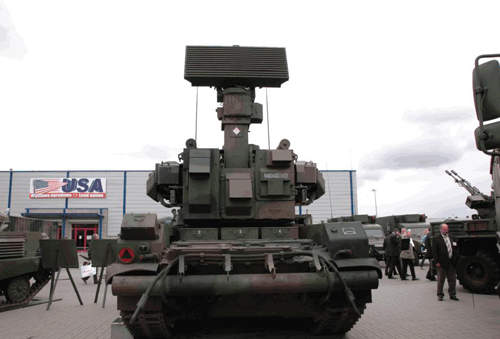 LOARA is a self-propelled anti-aircraft gun system operated by the Polish Land Forces. 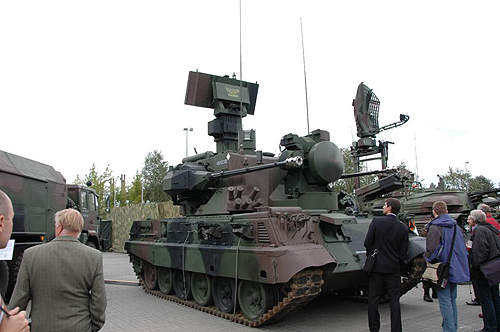 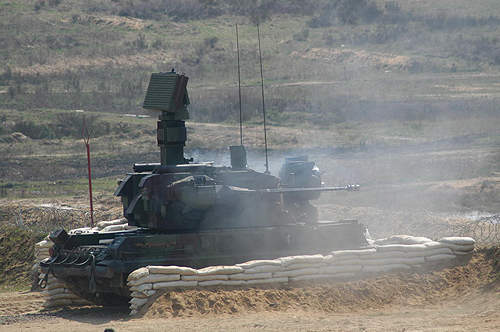 LOARA is a self-propelled anti-aircraft gun system produced by RADWAR Scientific-Industrial Centre of Professional Electronics for the Polish Land Forces.

The system can be used against fixed-wing aircraft, helicopters, cruise missiles and unmanned aerial vehicles (UAVs) flying at very low to medium altitudes. It can also destroy light-armoured ground and sea-based targets. LOARA can perform these tasks independently or can be integrated with an air defence system.

The development of LOARA was completed in the late 1990s. The original prototype was fitted on the chassis of the Soviet T-72 main battle tank. Poland accepted the delivery of first production-standard vehicle in December 2004. The system is exported by Bumar.

LOARA is an improved variant of the Soviet T-72 main battle tank and is based on the Polish PT-91 main battle tank chassis. The vehicle is powered by S-12U diesel engine, which provides a power output of 850hp. The torsion bar suspension on either side includes six road wheels, with the idler at the front and drive sprocket at the rear. There are three return rollers available on each side to support the inside of the track. The modern land navigation system fitted on the vehicle incorporates laser gyros and GPS receiver.

Two Oerlikon 35mm cannons are mounted on the armoured turret, each of which has a range of 4,000m and can fire 550 rounds/min. Their range can exceed 6,000m if FAPDS ammunition is used.

The cannons are capable of engaging targets flying at speeds up to 500m/s. Multiple sensors on the turret help to track and engage airborne targets.

The vehicle is fitted with numerous fire control sensors, including tracking radar, FLIR camera, TV camera and laser range-finder. The modern sensor fit enables LOARA to perform in all weather conditions, day and night. The system is also equipped with a friend-or-foe identification system.

"The modern sensor fit enables LOARA to perform in all weather conditions, day and night."

The fully automated command and fire control unit acquires data from onboard sensors or external sources from opto-electronic sensors. This eliminates the use of search radar, which radiates microwave energy that can reveal the vehicle’s position. This stealthy operation increases the combat efficiency and survivability of the vehicle.

The search radar provides target acquisition and identification of multiple targets. It has the ability to track and identify up to 64 targets at a time within a range of 26km.

Multiple targets are displayed on the commander’s or operator’s monitor. The target acquisition phase can be performed even when the vehicle is in motion. Once the target is found, the velocity vector is sent to the fire control computer; the type of sensor used to engage the target is chosen by the operator.

The tracking head scans small azimuth and elevation spheres around the designated target direction. Following target detection, the tracking system locks the target and shifts over to tracking mode. The azimuth, elevation and range of the target are calculated in this phase and guns are aimed based on target track parameters. Firing begins as instructed by the vehicle’s commander. The type of ammunition is chosen as needed.