Leleka-100 is a fully autonomous unmanned aerial system (UAS) developed by DEVIRO, an unmanned aircraft systems manufacturer based in Ukraine. The UAS can perform aerial reconnaissance, patrol, and mapping of the area in support of military, industrial, and commercial missions.

Leleka-100 is one of the most widely used UAVs of its class by the Ukrainian Army. It entered service with the Ukrainian Armed Forces in 2015. The drone was showcased during a military parade in honour of the Independence Day of Ukraine in 2018.

The State Border Guard Service of Ukraine received a Leleka-100 UAS from DEVIRO in April 2020.

A Leleka-100 drone deployed by the Ukrainian Army was reportedly shot down by the Russian forces during the Russian invasion of Ukraine in April 2022.

The Leleka-100 is a fixed-wing UAV with wide wings and a V-tail configuration. It is made of Kevlar and glass and carbon fibre materials. The drone and its components are carried in light and impact-resistant plastic cases. Its compact dimensions and lightweight structure allow for transportation in a van or a SUV.

The weatherproof drone can perform missions day and night. The UAS comes with a special anti-electronic warfare system that enables the recognition of intentional interference environments and automatic switching to the inertial mode.

The UAS has a length of 1.13m, a height of 0.35m, and a wingspan of 1.98m. Its maximum take-off weight (MTOW) is 5.5kg. The unmanned aircraft uses bungee start and belly landing/parachute to take off and land, respectively.

The modular design of the drone allows for the integration of multiple payloads, which can be rapidly replaced as per the user requirements. Its gyro-stabilised dual-axis camera gimbals are remotely controlled according to the flight directions.

The flight control system of the UAS employs autopilot with the full auto and navigation mode. The drone relays data through an encrypted digital radio channel, which allows the exchange of telemetry data throughout the flight. The operator can track the drone’s location on the satellite maps, change the path, operate the payloads, and send other commands to the aircraft. The radio and video links used by the UAS have a maximum range of 45km.

The Leleka-100 UAV can continue an autonomous flight or return and land at the programmed location in the event of signal jamming. Its state-of-the-art inertial navigation system further allows operations in harsh and GPS-denied environments.

The Leleka-100 UAS is powered by a quiet and reliable all-electric propulsion system, which allows surveillance operations at low altitudes without being detected.

The drone has a cruise speed of 70km/h and a maximum range of 100km. It can reach a maximum altitude of 1,500m and endure airborne for up to 2.5 hours. The operational temperature range of the UAS varies between -20° and +40°.

The fully-automated control of the Leleka-100 reduces the workload of the operator, allowing to analyse the information shared by the aircraft. 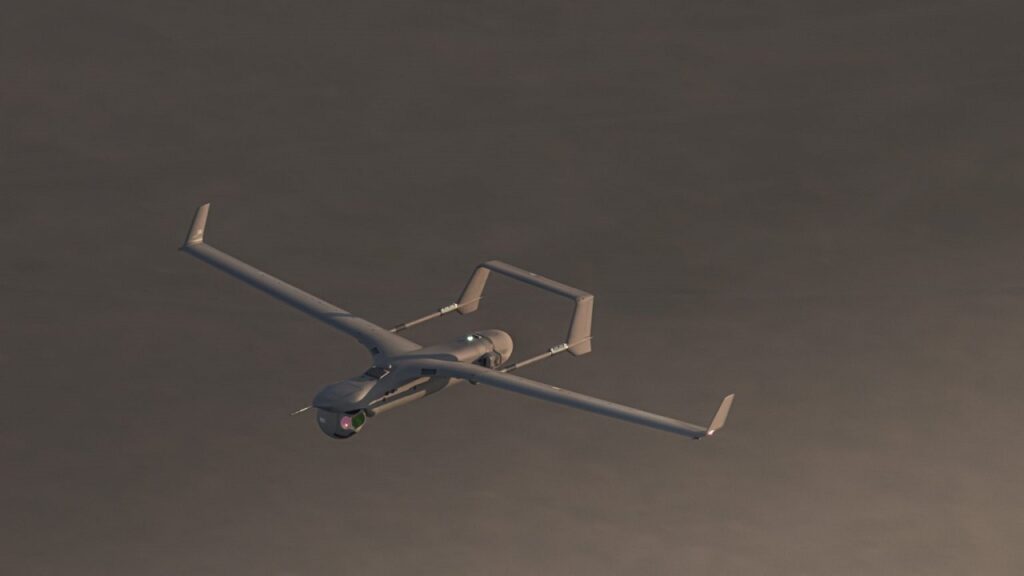