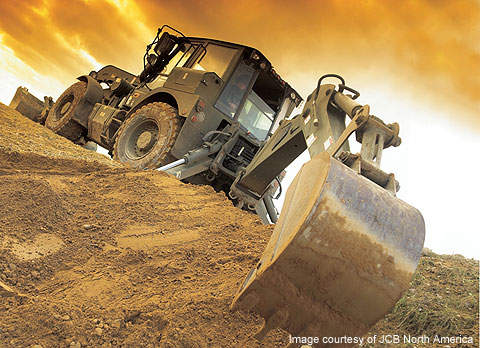 The High Mobility Engineer Excavator Type I (HMEE-I) is a backhoe loader developed by JCB. 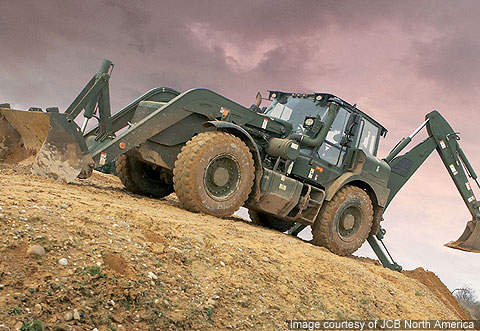 The HMEE-I excavator has a lifespan of 25 years. 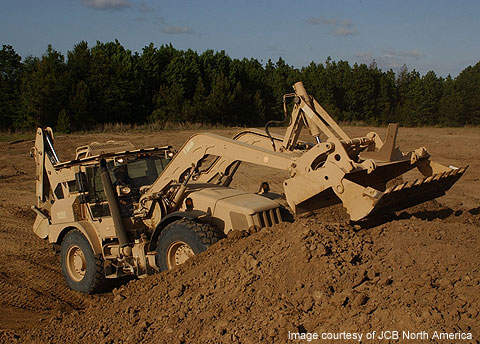 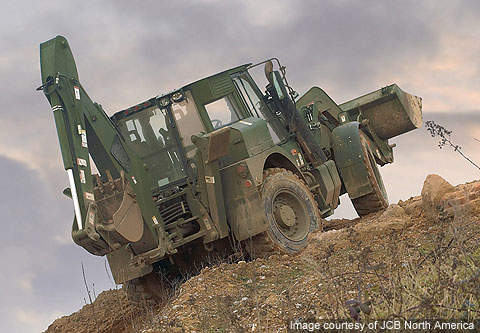 The HMEE-I can self-deploy at speeds of up to 60mph and provides blast and ballistic protection. 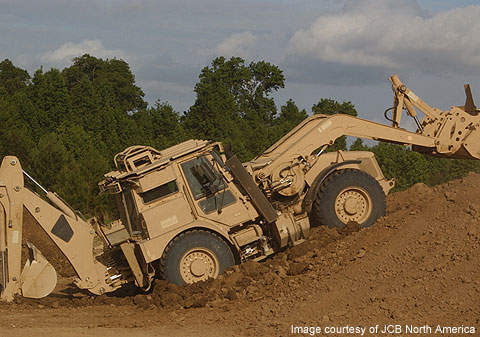 The HMEE-I can create roads and obstacles. 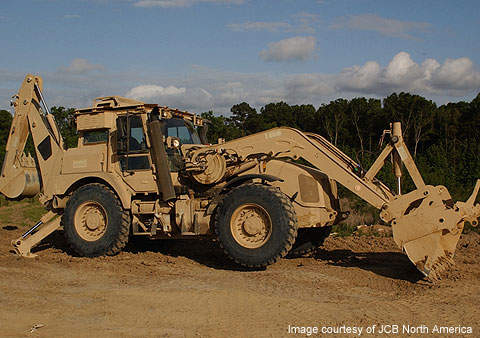 The HMEE-I has a loader capacity of 2.2t. 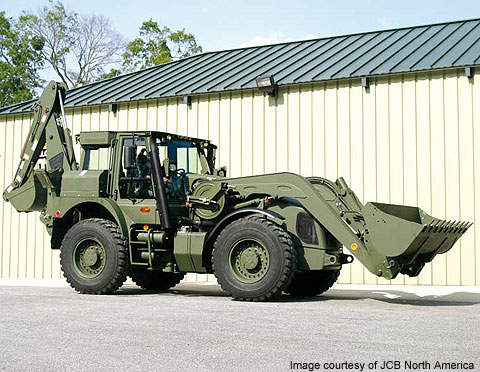 JCB unveiled the HMEE-I in December 2007.

The High-Mobility Engineer Excavator Type I (HMEE-I) is a backhoe loader developed by JCB. The vehicle can carry a two-man crew and was specifically developed for the US military, to replace its small emplacement excavator.

The HMEE-I can be used to clear roads, lay power lines and create obstacles to hinder enemy forces. It has a lifespan of 25 years.

JCB unveiled the purpose-built HMEE-I in December 2007. The company has an estimated $229m contract for the production and service of 800 units for the US Army. It also has an overarching seven-year requirements contract with US Army TACOM (Tank-Automotive and Armament Command).

Production of the HMEE-I began in October 2008; JCB has delivered more than 350 HMEE-I’s to the US Army, mostly for deployment in Iraq and Afghanistan.

New Zealand and Israel have also purchased the HMEE-I via the foreign military sales provisions. The defence ministries of the UK and UAE have acquired vehicles directly from JCB, and nine more countries are in various stages of contract negotiation.

"The HMEE-I is designed for excavating, earthmoving and loading."

The JCB HMEE-I is designed for excavating, earthmoving and loading. Its heavy-duty backhoe loader can self-deploy at speeds of up to 60mph and is designed for blast and ballistic protection. The vehicle is ROPS (rollover protective system) and FOPS (falling object protective structure) approved, and extra plates of appliqué armour can be fitted to the cab. It also has a blackout facility for night operations.

The HMEE-I programme began in 2003. The project had a two phase acquisition approach; Phase I was a competitive evaluation of three machines and Phase II was the production contract. JCB won both the phases against international competition.

HMEE-I was a $45m R&D investment for JCB based primarily on the 4CX backhoe loader and Fastrac. It uses of commercial off-the-shelf technologies, making it globally marketable and sustainable.

JCB is working on next-generation crew protection solutions to provide a higher degree of protection and reduce the vehicle’s overall weight. It is also looking at provisions to allow the HMEE-I to be delivered by air, increasing its mobility and usefulness in missions.

The vehicle is capable of 60mph road speeds in two-wheel drive and 55mph in four-wheel drive, though top speed may be limited by onboard computer systems for safety. This is an important feature when crew protection is added, as this changes the vehicle’s centre of gravity.

"The HMEE-I has excellent cross-country mobility due to independent hydraulic suspension of each wheel."

The HMEE-I has excellent cross-country mobility due to independent hydraulic suspension of each wheel. It can be driven in two-wheel steer, four-wheel steer and crab steer modes, and has an ABS braking system and parking brake that can keep it in position on 21.8° slope. Bridgestone 445/80 R25 tires are fitted on steel two-piece rims, and there is an option to add Hutchinson variable function inserts.

The vehicle can be transported by sea, truck, train or inside a C-130 transport aircraft. The first armoured vehicles sent to Afghanistan were transported by C-5 without configuration change.

The HMEE-I is built from around 12,000 parts and has more than 300 suppliers. The main subcontractors include American Defense Systems for crew protection, Angus Palm for cab design and manufacture, Cummins Power South for the engine configuration, Jankel Engineering for blast mitigation and crew protection enhancement for the European orders, XMCO for technical publications (including integrated electronic technical manuals) and ZF for transmission.