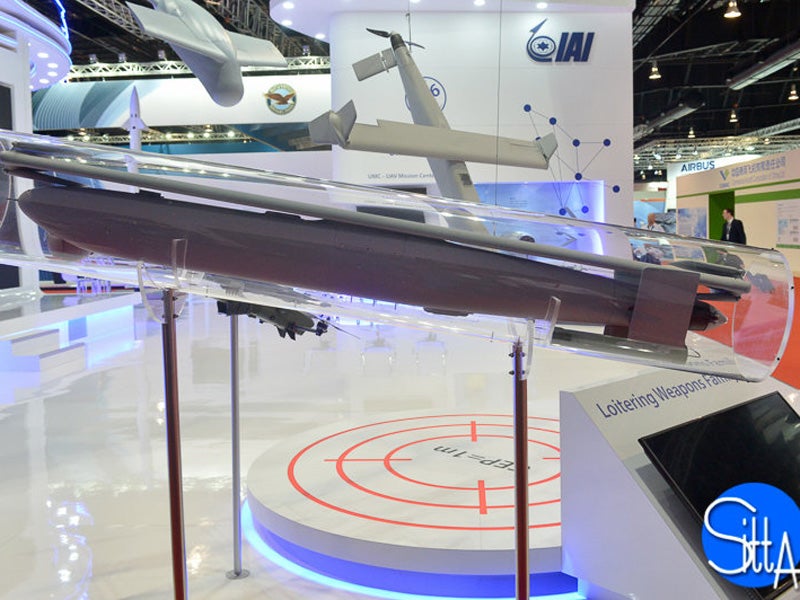 The munition is designed to perform intelligence, surveillance and reconnaissance (ISR) tasks to help provide infantrymen with improved situational awareness in the battlefield. In addition to ISR missions, the weapon can attack both stationary and moving targets with a warhead.

The Green Dragon missile is compact, cost-effective and versatile, and is stored, transported and launched from a 1.7m-long sealed canister. Between 12 and 16 missiles can be carried in a group of canister launch tubes, installed on small wheeled vehicles.

The tactical loitering munition has a weight of 15kg and has two main wings with dual winglets attached to the fuselage at the top. Its tail section features two flight control surfaces, arranged in inverted V-configuration.

Upon launch, the weapon expands to a length of 1.7m, with a cruciform shape. It offers higher accuracy than 1m CEP (circular error probable). It can quickly react to acquired targets and maintain persistent presence over targets for a long time.

The weapon can be fired vertically or can engage targets from a shallow angle. It can perform re-attack on the targets to meet the mission objectives.

Equipped with a high-quality day / night electro-optical guidance system under the nose, the loitering munition can search for, detect and acquire targets designated by the operator under all lighting conditions. In addition to threat detection, the sensor is also used to gather intelligence data.

“The munition is designed to perform intelligence, surveillance and reconnaissance (ISR) tasks to help provide infantrymen with improved situational awareness in the battlefield.”

The weapon carries a 3kg warhead to provide increased firepower. A tactical, low-power datalink facilitates data transfer between the missile and control panel at the ground station over a long range. It offers man in the loop (MITL) capability, which allows the operator to control the weapon after launch in order to avoid collateral damage.

Operation and control of the Green Dragon loitering attack system is carried out by its operator at the ground using a tablet-sized electronic control panel. The situational awareness data collected by the payloads is displayed on the control panel.

The built-in ‘abort and go around’ capability in the control panel allow the operator to make safe landing of the missile in unsafe conditions such as collateral damage or mistaken targeting.

Powered by a rear-mounted electric motor, the Green Dragon loitering attack system offers silent operation and long endurance. It is fitted with a two-blade propeller at the rear.

The missile can reach a range of up to 40km and can stay airborne for up to 90 minutes. It can detect and attack targets over the hill at non line-of-sight ranges.