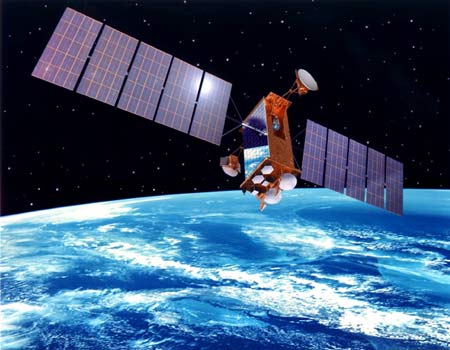 The Advanced EHF programme provides follow-on capability to the Milstar satellite programme. It provides basis for the next generation military communications satellite system, for survivable, jam-resistant, worldwide, secure, communications for the strategic and tactical warfighter.

The system replenishes the Milstar constellation in the EHF band.

The Milsatcom Programme Office, located at the Space and Missile Systems Centre, Los Angeles Air Force Base, California, manages the Advanced EHF contract and is the lead agency for ensuring the secure communications capabilities of this system are made available to the warfighter.

The Advanced EHF Programme is the follow-on to the DOD’s Milstar highly secure communication satellite programme, which currently has two Milstar I and four Milstar II spacecraft in orbit.

Formation of the new team accelerated development of the new system by 18 months. The earlier deployment of the Advanced EHF will help bridge the gap in military communication coverage caused by the loss of the third Milstar satellite, launched in 1999.

The originally estimated contract value of the Advanced EHF programme was $2.5bn but this has since increased to more than $6bn.

Lockheed Martin had contracted Northrop Grumman in 2001 for the delivery of the first two Advanced EHF payloads. A third payload was ordered in 2006.

Lockheed Martin received the first EHF payload from Northrop Grumman in 2007. The second and third payloads were delivered in 2008 and 2009 respectively.

The third Advanced EHF satellite was launched in September 2013. Orbit-raising and on-orbit testing will continue for 110 days and 60 days respectively. Development is underway for the fourth, fifth and sixth satellites.

The fully operational Advanced EHF constellation will consist of four crosslinked satellites, providing coverage of the Earth from 65° north latitude to 65° south. These satellites will provide more data throughput capability and coverage flexibility to regional and global military operations than ever before.

The fifth satellite built could be used as a spare or launched to provide additional capability to the envisioned constellation.

According to Lockheed Martin Space, Advanced EHF will benefit from the team’s combined leadership in related military and commercial technologies to reduce satellite size and cost while significantly boosting performance and reduced programme risks.

Lockheed Martin is contributing its systems integration, ground systems and satellite expertise to the project. Northrop Grumman Space Technology has designed and produced the satellites’ digital processing subsystem, which controls all on-board switching and processing of messages.

Northrop Grumman Space Technology has also provided the satellites’ nulling antenna subsystem, which prevents adversaries from jamming signals to and from the satellite, and the inter-satellite crosslinks with support from Hughes for the crosslink reflectors.

The crosslink subsystem enables Advanced EHF satellites to send messages directly to each other, without the need for a ground station.

Hughes is leading the payload effort and is responsible for payload integration, as well as production of RF electronics and phased array antennas.

“The originally estimated contract value of the Advanced EHF programme was $2.5bn but this has increased to more than $6bn.”

According to the company, Hughes’ commercial and government programme experience in payload system integration, RF electronics and phased array antennas ensures the warfighter receives a state-of-the-art system in the shortest possible time.

On the new National Team, Lockheed Martin is serving as overall system integrator and prime contractor, issuing subcontracts to both Hughes and Northrop Grumman Space Technology.

The roles and responsibilities of each team member takes advantage of their strengths in building highly secure military communications satellites.