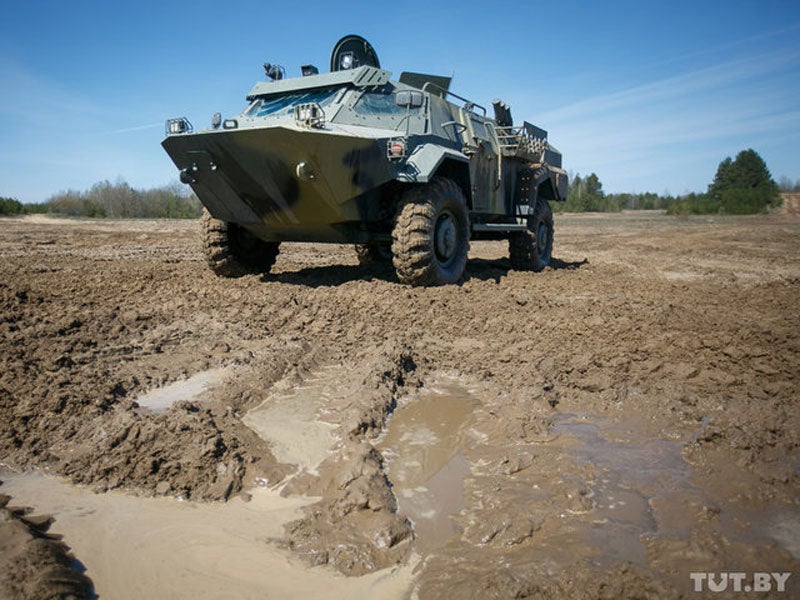 Cayman is a new 4×4 armoured reconnaissance vehicle developed by JSC ‘140 repair plant’ for the Armed Forces of Belarus. The vehicle was displayed at the MILEX 2017 defence show held in May.

The vehicle can be used in reconnaissance and sabotage missions, patrol, escort, peace-keeping and police operations, as well as in emergency response missions.

Design and features of Cayman

Designed in-house at 140 repair plant, the Cayman armoured vehicle features an unconventional layout with crew cab at forward, troop compartment in the middle and power-plant at the rear. The front portion of the vehicle closely resembles the Fennek 4×4 reconnaissance vehicle.

The armoured car can accommodate a crew of six, who can enter and exit through either the side door or two roof hatches above the driver and passenger seats. A large hatch is also provided in the centre of the fighting compartment for firing weapons. The on-board cooling system enables the vehicle to operate at ambient temperatures up to 50°C.

The front armoured shield of the crew cab is equipped with a dual heating circuit to prevent icing and fogging. The forward and rear sections of the hull are installed with cameras offering superior field-of-view. The vehicle is also installed with an on-board information control system and a built-in navigation system.

The base variant of the Cayman is installed with a pintle mount for a weapon. The weapon mount is surrounded by an armoured shield, which protects the gunner against splinters and small-calibre rounds. Three smoke grenade launchers are fixed on either side of the vehicle.

"The vehicle can be used in reconnaissance and sabotage missions, patrol, escort, peace-keeping and police operations, as well as in emergency response missions."

The vehicle can be armed with a range of weapon stations and armament according to the requirements of the customers. It can be fitted with a 7.62mm Kalashnikov PKMB medium machine gun, a 12.7mm NSV Utyos heavy machine gun, or a 30mm AGS-17 Plamya automatic grenade launcher.

The Cayman vehicle also offers anti-mine protection. The partially V-shaped bottom deflects the impact of landmine or improvised explosive devices (IED), while the floor in the landing areas is reinforced with add-on armour.

The Cayman armoured vehicle is powered by a D-245.30E2 engine coupled to a mechanical transmission through a five-speed gearbox. The engine develops a maximum torque of 515Nm at 1,500rpm.

The power-plant provides a maximum road speed of 100km/h, a swimming speed of up to 8km/h and a cruising range of 1,000km.

The fully amphibious vehicle is propelled in water by two propellers mounted on either side at the rear of the chassis. The vehicle can swim in the water without any preparation as the propellers can be activated on the move by the toggle switch within the crew cab.

The all-wheel drive vehicle offers a ground clearance of 490mm at full load. It is fitted with independent torsional-lever-type suspension and a centralised tyre inflation system (CTIS) for high mobility across rugged terrains.

Manroy USA
The company was established principally for the manufacture and supply...