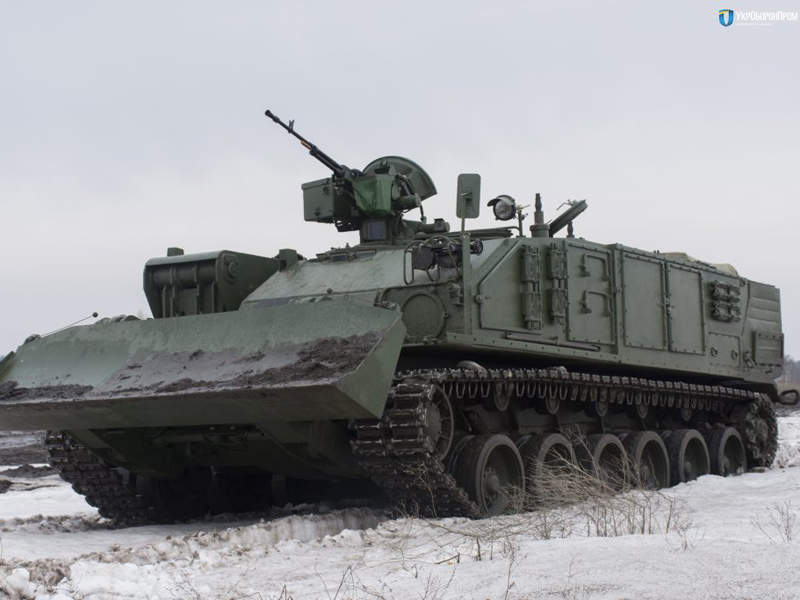 The Atlet (BREM-84) repair and recovery vehicle has a maximum road speed of 70km/h. Image courtesy of Ukroboronprom. 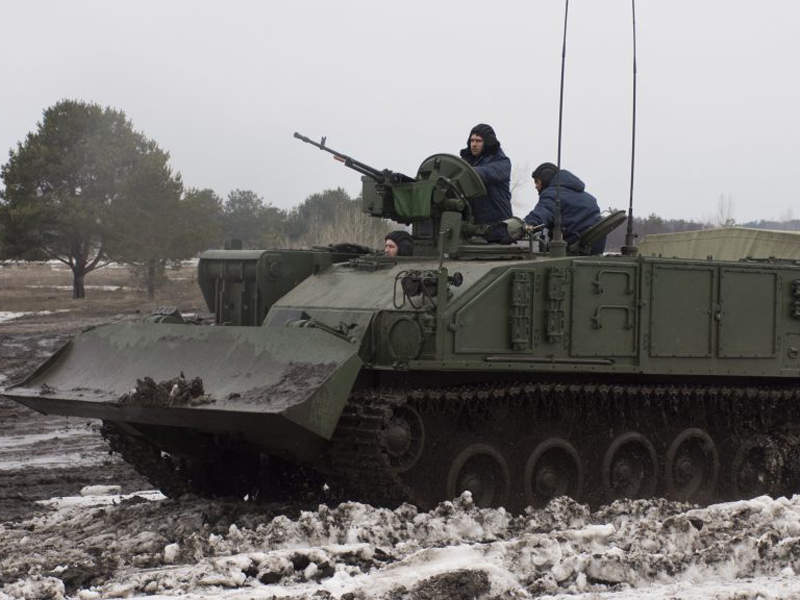 Serial production of the Atlet vehicle for the Ukrainian Army began in April 2018. Image courtesy of Ukroboronprom. 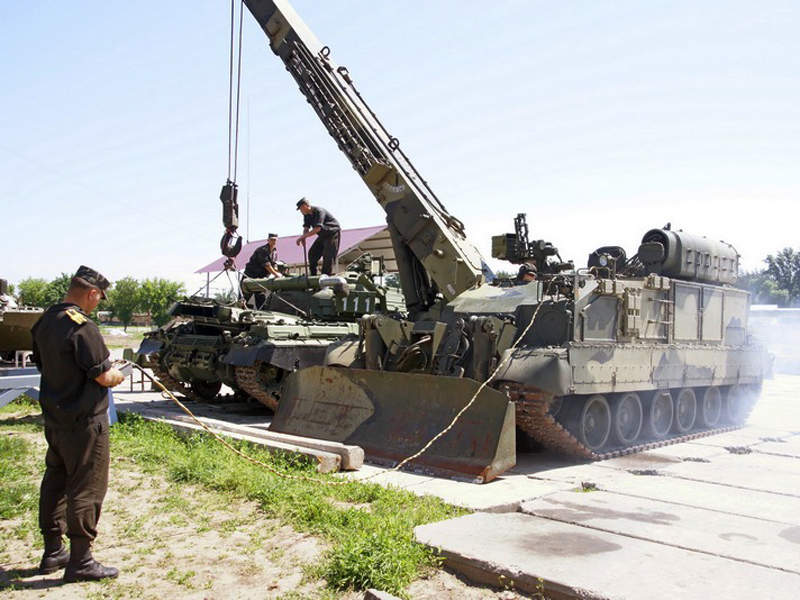 The Atlet repair and recovery vehicle is based on the chassis of Soviet-era T-80UD main battle tank. Image courtesy of Ministry of Defense of Ukraine. 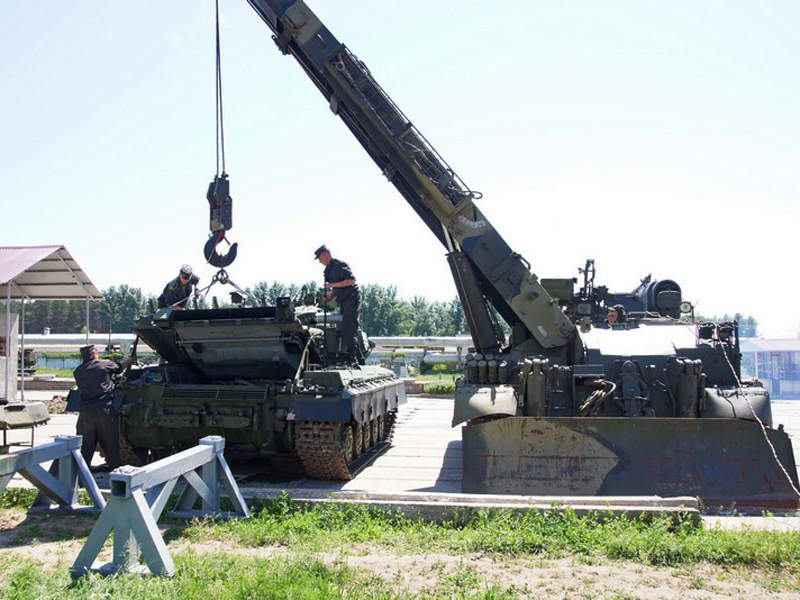 Atlet has a combat weight of 46t. Image courtesy of Ministry of Defense of Ukraine.

The vehicle is designed to repair and recover damaged infantry fighting vehicles (IFVs) and combat equipment in the battlefield. It is also used to tow damaged vehicles to the maintenance depots.

The first prototype was built in 1997 and the vehicle was accepted for service with the Ukrainian Army in November 2008. Serial production of the vehicle began in April 2018 to meet the requirements of the Armed Forces of Ukraine.

The vehicle is also proposed for export customers.

The Atlet armoured repair and recovery vehicle is based on the chassis of the T-80UD main battle tank. The vehicle has a length of 8.9m, a width of 3.5m and a height of 2.74m. Its combat weight and payload capacity are 46t and 1.5t respectively.

The vehicle is manned by a crew of three members, including the driver, commander and handler. The rear cargo platform allows for carriage of a variety of cargo, including combat equipment, engines, spare parts, fuel and other military equipment.

“Serial production of the vehicle began in April 2018 to meet the requirements of the Armed Forces of Ukraine.”

A hydraulically operated crane installed on the right side of the hull offers a maximum lifting capacity of 25t and a maximum radius of 6.8m to lift lighter vehicles, turrets and propulsion units. It features a telescopic jib, which has a swinging angle of 0° to 75° and a traversing angle of 360°. The crane can traverse at speeds of 0.2rpm to 1.5rpm.

A 3.4m-wide bulldozer blade is mounted on the front of the chassis to recover the destroyed vehicles. It is also capable of excavating at a rate of up to 120m³/h on clay soils.

The Atlet repair and recovery vehicle is armed with a 7.62mm or a 12.7mm machine gun, installed on a roof-mounted, remote-controlled weapon station. The machine gun can engage unarmed, light armoured vehicles, infantrymen and low-flying aerial targets. A total of 1,500 rounds can be carried for the machine gun.

The remote weapon station is equipped with a thermal imaging weapon sight for day/night observation. It is controlled by a digital fire-control system installed inside the vehicle.

The vehicle is fitted with improved explosive reactive armour (ERA) to protect the crew against modern anti-tank missiles and warheads. It can also integrate an NBC (nuclear, biological, chemical) suite to defend NBC threats. The vehicle offers all-round protection against projectiles and machine gun fires.

Eight smoke grenade launchers are installed atop the vehicle to further improve self-protection.

Engine and manoeuvrability of Atlet repair and recovery vehicle

The BREM-84 armoured recovery vehicle comes fitted with 1,000hp 6TD or 1,200hp 6TD-2 turbocharged diesel engine. The power-to-weight ratio of the 6TD engine is 26.1hp/t. An auxiliary power unit and fuel tanks are also installed in the vehicle.

The vehicle can attain a maximum speed of 70km/h on road and up to 40km/h on off-road conditions. It can cross water obstacles of 1.8m without preparation and can ford a depth of up to 5m with preparation. Further, it can cross trenches of 2.8m.