Height to Top of Rotor Head

Height to Top of Fin 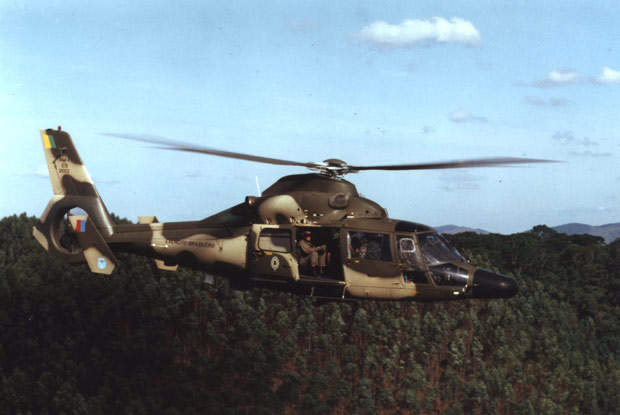 The Eurocopter AS 565UB Panther is a multirole light helicopter for troop transport, logistic support and medical evacuation. 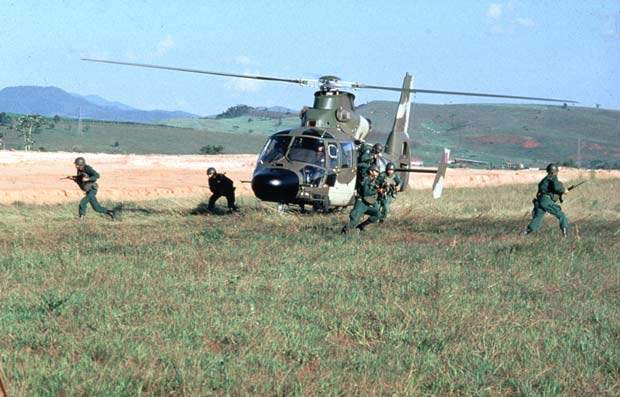 As a tactical troop transport, the Panther has the capacity to transport ten commandos. 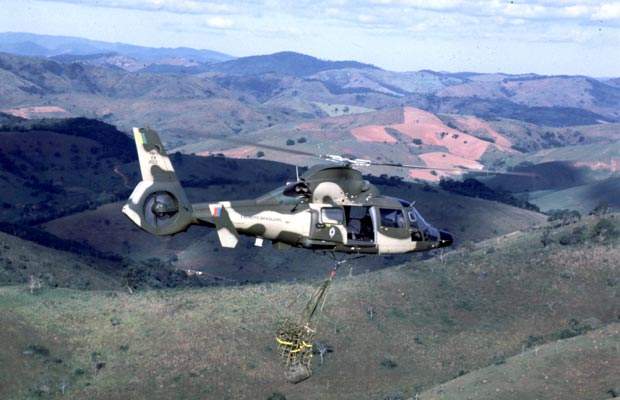 For logistical support, the Panther is fitted with a sling with a 1,600kg capacity. 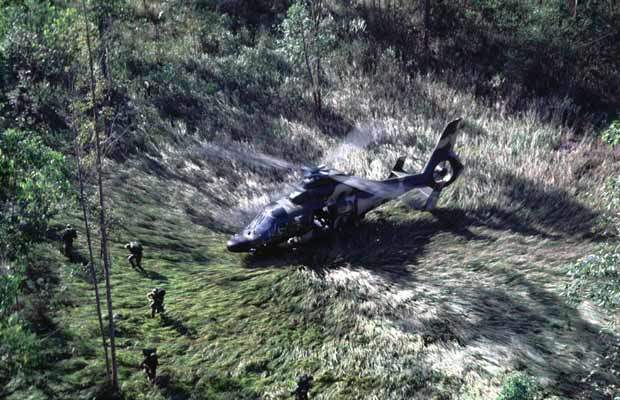 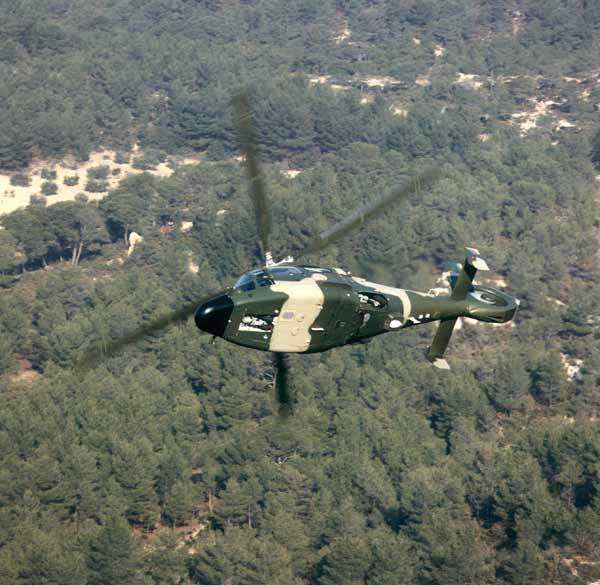 The AS 565 Panther is powered by two Turbomeca Arriel 2C turboshaft engines, each rated at 635kW. 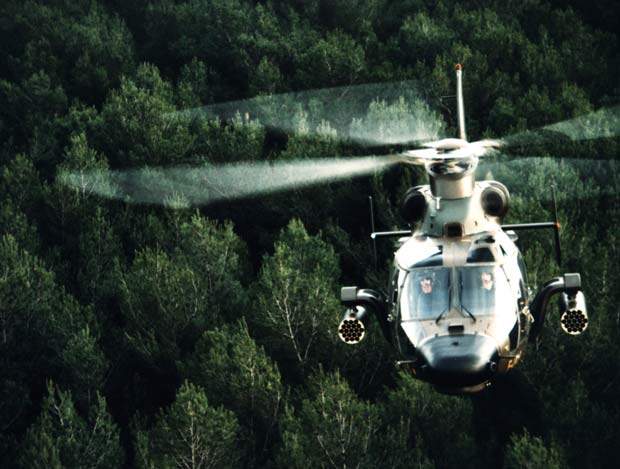 The Starflex fibreglass rotorhead has four main rotor blades that incorporate a carbon fibre-reinforced plastic spar and are filled with a Nomex honeycomb material.

The Eurocopter AS 565 Panther is a multirole light helicopter, designed for troop transport, logistic support and medical evacuation. It is operational with the Brazilian Army, the armed forces of Saudi Arabia and the Israeli Defence Force. The army version is designated the AS 565UB and the naval versions AS 565MB (unarmed) and AS 565SB (armed). The helicopter first flew in 1984 and entered production in 1986. 259 AS 565 Panthers have been ordered: 181 army and 78 naval versions.

In January 2005, the Bulgarian Navy ordered six AS 565MB helicopters for maritime surveillance, search and rescue, anti-submarine and anti-surface operations and 12 Cougar AS 532 AL helicopters at a cost of €360m ($477m). The AS565MB helicopter orders were later cut down to three due to financial crisis in Bulgaria. The first of the three aircraft was delivered in October 2011. The variant AS 565MB is capable of working in both day and night shipborne operations in all environments.

As a tactical troop transport, the Panther has the capacity to transport ten commandos. For medical evacuation, it can accommodate up to four patients and one doctor. A sling with a 1,600kg capacity or a 90m-long electrical hoist for loads up to 27.2kg can be fitted.

The construction of the helicopter is similar to that of the Eurocopter AS 365N3 Dauphin multipurpose helicopter but the build incorporates more composite materials for high strength and lower radar signature. The infrared signature was reduced by the application of IR-absorbing paint. The entire structure has high crash tolerance and the fully laden helicopter at maximum take-off weight of 4,300kg is able to withstand a vertical impact from 7m. The fuel system is rated to withstand a 14m crash and the fuel tanks are self sealing.

"The Eurocopter AS 565 Panther is a multirole light helicopter."

The control servomechanisms and the engine controls are armour protected. The fuselage is fitted with cable cutters.

The helicopter is of light alloy construction with extensive use of glass fibre reinforced plastic and Nomex for added strength and for weight reduction. It has a Starflex fibreglass rotorhead with four main rotor blades.

The blades can be folded manually and are equipped with quick disconnect pins. The main rotor blades incorporate a carbon fibre reinforced plastic spar and are filled with a Nomex honeycomb material. The blades are corrosion and damage resistant.

An 11-bladed Fenestron faired-in tail rotor provides a higher level of safety for ground crew, air crew and passengers when manoeuvring at low altitudes, during landing or on the ground.

The helicopter is fitted with a two-pilot Thales Avionics navigation system. The military secure communications system can be fitted to suit the country’s operational requirements. The crew seats are rated to withstand impacts to +20g.

"The AS 565 Panter is designed for troop transport, logistic support and medical evacuation."

The AS 565 Panther is equipped with two Turbomeca Arriel 2C turboshaft engines, each rated at 635kW, for reliable performance in hot and high conditions. Full authority digital engine control (FADEC) provides fully automatic engine starting and ensures engine operation is maintained within the acceleration, torque and temperature operational limits. The hover ceiling within ground effect is 2,600m and the never exceed speed is over 285km/h.

Four underfloor tanks and one centre fuselage tank provide a total fuel capacity of 1,130 litres. For extended range the helicopter can be fitted with an auxiliary fuel tank and a ferry tank. The range with standard fuel is 820km

The helicopter has hydraulically retractable tricycle type landing gear, with a twin wheeled nose unit and single wheeled main units. The main and nose units are equipped with oleopneumatic shock absorbers. The nose unit retracts rearward and the main wheels retract into wheel troughs in the fuselage.