Estimated at less than 23t 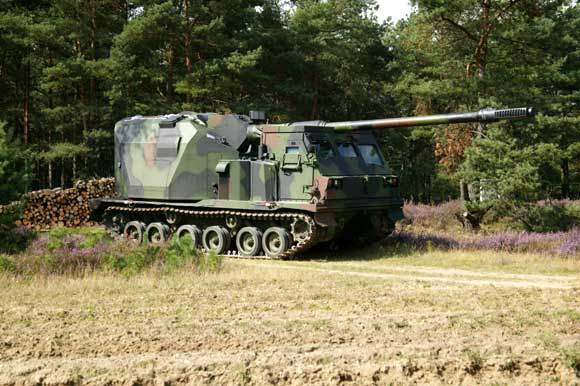 The Artillery Gun Module (AGM) is a medium-weight, turreted, self-propelled howitzer based on the PzH 2000 SP howitzer in service with the German Army. 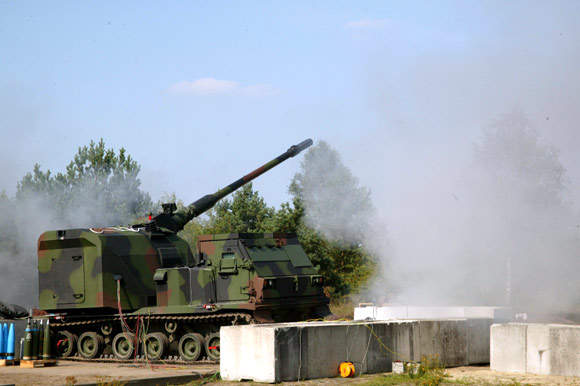 A proof-of-principle demonstrator has been built and trialled with a 52-calibre gun mounted on a Multiple Launch Rocket System (MLRS) tracked chassis. 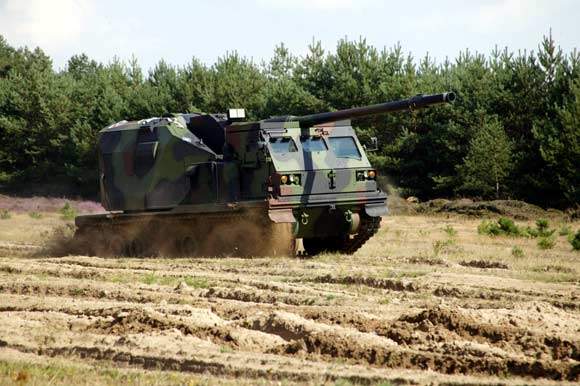 The AGM system is fully autonomous and provides the same performance as the PzH 2000, but with significantly reduced weight. 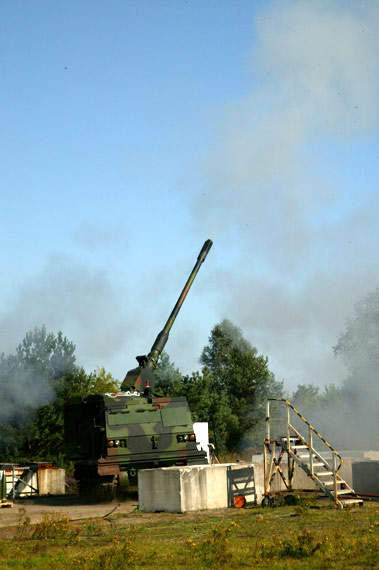 The AGM can fire against stationary and moving targets at a rate of six to eight rounds a minute including Multiple-Round Simultaneous-Impact (MRSI) firing. 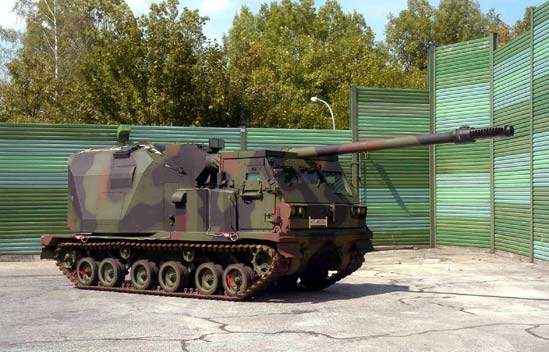 The AGM howitzer mounted on the MLRS chassis is air transportable on an Airbus A400M transport aircraft. 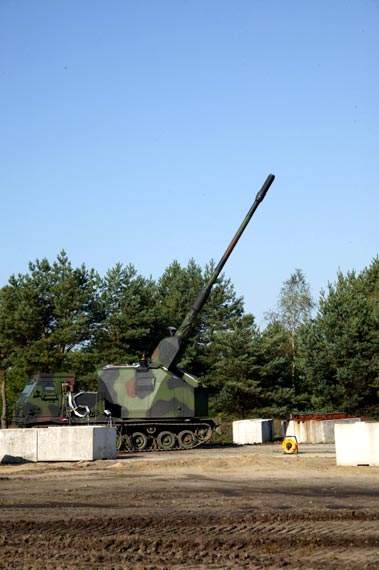 Krauss-Maffei Wegmann’s Artillery Gun Module (AGM) is an air-transportable, medium-weight, turreted self-propelled howitzer based on the proven technology of the PzH 2000 SP howitzer in service with the German Army. The system is fully autonomous and provides the same performance as the PzH 2000, but with reduced cost, crew levels and weight.

The gun module can be fitted on a tracked or wheeled chassis. The intention is to integrate the gun module into available in-service chassis for the customer country and to set up co-production arrangements with the local in-country chassis producer to provide a cost effective and medium weight indirect fire support platform.

The first demonstrator was completed in 2004. The verification phase was finished in early 2007.

The artillery gun module development has been based on the 155mm / L52-calibre gun but the system could also be adapted for a lighter gun such as a 105mm gun or 39-calibre 155mm gun.

The module can be fitted on a heavy 6×6 or 8×8 chassis, a tracked Multiple Launch Rocket System (MLRS) hull or a main battle tank hull. It is necessary to fit hydraulically operated stabilisers and firing spades to wheeled platforms for the vehicle to withstand the recoil. The AGM installed on an MLRS chassis has a combat weight of 27t. Mounted on a 6×6 truck the combat weight is about 22.5t compared to the PzH 2000 combat weight of about 55t.

Under a completely separate programme led by shipbuilders HDW, a naval modular artillery gun, MONARC, is being developed that integrates the gun turret and autoloader from the PzH 2000 into the deck of a naval vessel.

The development programme was started in early 2003. A proof-of-principle demonstrator has been built with a 52-calibre gun mounted on an MLRS tracked chassis. Preliminary verification firing trials of the proof-of-principle demonstrator were successfully carried out at the German Army’s live firing range at Meppen in August and September 2004. 79 rounds were fired during the trials. Most were Zone 6 firings using Rheinmettall DM72 charge systems with a 52°C charge temperature.

The proof-of-principle demonstrator was not built with an autoloader and was manually loaded for the trials. The system successfully fired with the turret in the forward and rear positions and up to 45° in azimuth on either side of these positions. The firing tests were completed at all elevations. Some firings, but not at all elevations, were carried out with the turret at 90° to the forward position and using the most powerful Zone 6 charges.

“The AGM can fire against stationary and moving targets at a rate of six to eight rounds a minute.”

Assembly of a fully functioning second demonstrator started in the second quarter of 2005. The demonstrator includes a fully automatic loading system which loads the projectiles and the charges. A new six-cylinder engine and transmission is intended to be installed in the next evolutionary step.

The system is operated by a crew of two. The AGM uses the main gun components from the PzH 2000 – the barrel and elevating mass, the shell loader and flick rammer. The system also has a separate dedicated auxiliary power unit. The turret is of lightweight aluminium armour construction.

The 12.5t turret carries 30 projectiles and charges. The autoloader is based on a modified PzH 2000 shell loader and an automatic charge loader. The charge loader will automatically compose the selected charges using any Joint Ballistics Memorandum of Understanding (JBMOU) compliant charge module. The autoloader is powered by a 24V electrical supply.

A lifting system is installed at the front of the turret allowing the crew to reload the magazine from outside the vehicle. The ammunition feed has an automatic inductive fuse setting system. The pneumatically operated flick rammer rams the shells into the breech with elevation angle-dependent ramming pressure control.

The MLRS chassis is modified with stronger torsion bars and extra shock absorbers.

The AGM can fire against stationary and moving targets at a rate of six to eight rounds a minute including Multiple-Round Simultaneous-Impact (MRSI) firing. Using standard rounds the maximum range is 30km; this is increased to more than 40km with base bleed rounds.

“The artillery gun module development has been based on the 155mm / L52-calibre gun.”

The into-action and out-of-action times for the AGM are similar to those of the PzH 2000 – approximately 30 seconds. The system receives target data via a radio link either while it is on the move or in a defilade position. The laying and loading data is computed and the firing command is executed. Immediately after firing the last round, the vehicle leaves the firing position in a shoot-and-scoot manoeuvre to avoid counter battery fire.

The howitzer on the MLRS chassis is air transportable on an Airbus A400M transporter aircraft. With the gun in the forward position lowered over the cab the barrel overhangs the vehicle by 2.5m. For air transport, the artillery gun module is 10.42m long, 2.97m wide and 3.06m high.