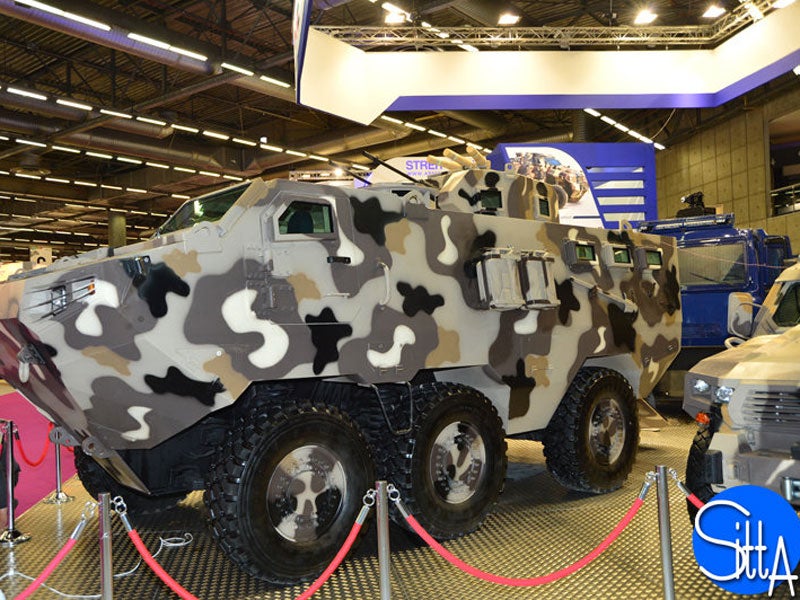 Alligator 6×6 wheeled tactical armoured vehicle from Streit Group is intended to meet the modern combat needs of the armed forces.

Unveiled in June 2016, the vehicle is equipped with advanced protection systems and offers infantry units with greater survivability on the battlefield.

The vehicle can be configured for different roles, including platoon strength troop carrying, command and control, convoy support, and forward observation.

The six-wheel drive chassis of the Alligator armoured fighting vehicle provides better payload capability. The vehicle has a length 6.51m, a width of 2.82m and height of 2.77m.

Alligator accommodates up to ten personnel, including a driver and commander. The driver’s seat is located in the front-left, whereas the commander and soldiers are seated in the troop compartment at the rear.

The driver’s cabin has a large windscreen at the front and a single door with a small bullet-proof window on the left side.

A hydraulically operated door at the rear provides access to the troop compartment. Two hatches are installed on the vehicle roof to facilitate emergency exit for the soldiers.

Three small bullet-proof glass windows are provided on both sides at the rear to improve all-round visibility for the troops. The foldable seats with four-point harness provide maximum protection for the occupants against explosion underneath the vehicle.

Located at the centre of the hull on the roof of the vehicle, the weapon system features small bullet-proof observation windows on all sides to increase visibility.

A thermal imaging sight improves the driver’s field of view in night conditions.

Designed in accordance with armour level STANAG 4569 Level 4, the Alligator tactical vehicle offers enhanced protection against small arms with 14.5mm x 14mm ammunition. It can withstand a blast of up to 10kg TNT of improvised explosive devices (IED) and mines.

"Unveiled in June 2016, the vehicle is equipped with advanced protection systems and offers infantry units with greater survivability on the battlefield."

Self-defence for the crew is provided by the on-board automatic GALIX self-defence systems. Survivability can be further improved with the addition of ceramic or composite plates.

The vehicle can be optionally fitted with a chemical, biological, radiological and nuclear (CBRN) air filtration system to protect crew members under contaminated environmental conditions.

The Alligator armoured fighting vehicle is powered by a Cummins ISL 400, 8.9l, six-cylinder in-line, turbocharged diesel engine, coupled to an Allison 3200SP six-speed automatic transmission system. The engine has a power rating of 400hp and develops a torque of 1,200lb-ft.

The vehicle carries two fuel tanks with a capacity of 200l each and has the ability to operate under different environmental conditions.

It features a central tyre inflation system option, intended to improve drive performance. An amphibious kit is provided optionally and allows for movement in water.