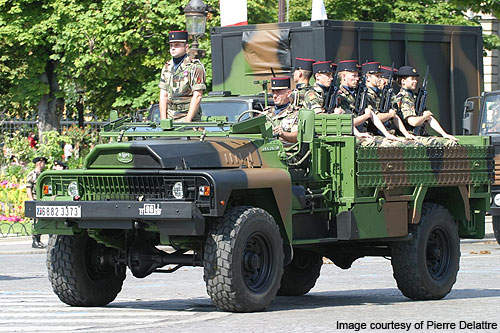 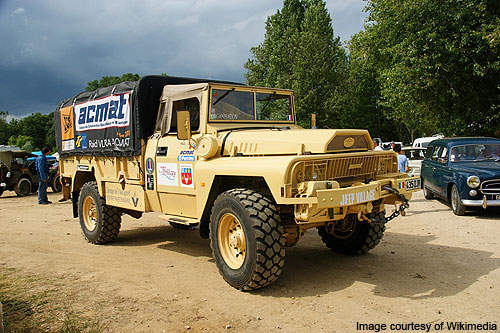 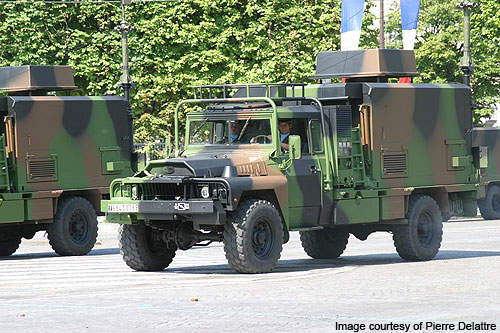 VLRA 4×4 – TPK 4.20 STL multirole troop carrier is a member of the VLRA family of vehicles produced by Ateliers de Construction Mécanique de l’Atlantique (ACMAT), a subsidiary of Renault Trucks Defence. The vehicle is deployed in reconnaissance, escort and support duties.

VLRA is a tactical all-wheeled vehicle designed for military, security and special forces. It offers high mobility, payload and protection to meet the mission requirements of the military forces. The VLRA family of vehicles are in service with the armed forces of over 50 nations.

The 4×4 – TPK 4.20 STL uses the standard vehicle platform of the VLRA 4×4 series. The conventional layout houses the engine forward, crew cab in the middle and cargo compartment on the rear side. The cabin is of all-metal construction with a forward foldable windscreen. The cabin can be fitted with metal doors and a fabric top or a removable canvas roof and side doors.

The multirole rear flatbed features non-slip and corrosion-resistant steel floor. It can be fitted with a conventional drop side body for carrying cargo as well as troops. It can also be modified to transport water or fuel tanks, recovery equipment and mobile shelters or containers. The vehicle has a spare wheel behind the cabin and floor anchor points for twist locks. It can be optionally fitted with 6.8t front electric winch.

"The VLRA is a high mobile vehicle suitable for long reconnaissance missions."

The vehicle can accommodate 12 people in the troop compartment and two in the cabin when used for troop carrying. Two five-seater dismantled rear benches and two folding seats are fitted in the rear compartment. A removable canvas roof is provided to cover the cargo area. Fold-down and dismantled side panels and a drop tailgate on the rear allow rapid entry and exit of the crew. The vehicle also has provisions to carry four 20l jerricans and 180l of drinking water.

The VLRA series of vehicles use common parts including engines, axles, transfer cases, cabins and other structural components. This will reduce the maintenance costs for the users.

Based on the mission requirements, the vehicle can carry a range of weapons such as medium and heavy machine guns, rocket-propelled and automatic grenade launchers, and shoulder-launched missile systems in the rear cargo area. Cabin and platform reinforcements are also available for weapons supports.

The vehicle can be fitted with VFI or anti-mine runflat tyre device. It will provide high level of protection by reducing the blast effect on the occupants inside the vehicle. The VFI systems can withstand the ballistic attack with 7.62 Nato rounds.

The VLRA is powered by six cylinder turbo diesel direct injection engine. A five-speed, four forward and one reverse, synchronised gearbox is coupled to a two-speed transfer box.

The VLRA is a high mobile vehicle suitable for long reconnaissance missions. It has a maximum speed of 100km/h. Two 180l fuels tanks fitted on the vehicle allow long range of 1,200km.

The vehicle is equipped with a central tyre inflation system and an oleopneumatic brake system. All wheels are fitted with Michelin XZL 335/80 R20 tyres. The runflat tyre system allows the vehicle to travel 48km at a speed of 48km/h.

VLRA has the ability to ford 0.9m of water. The vehicle is air transportable by C130 and C160 transport aircraft.