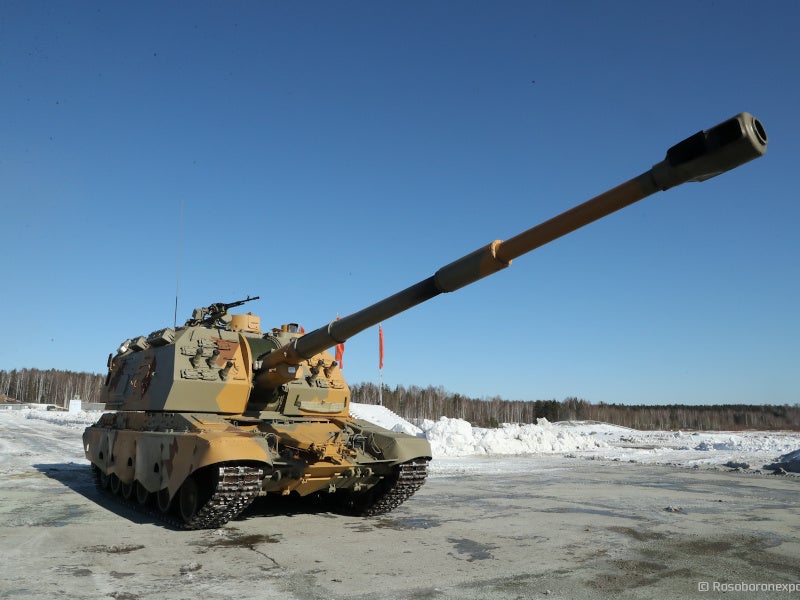 The 2S19M1 MSTA-S self-propelled howitzer is manufactured by Uraltransmash. Image courtesy of Rosoboronexport. 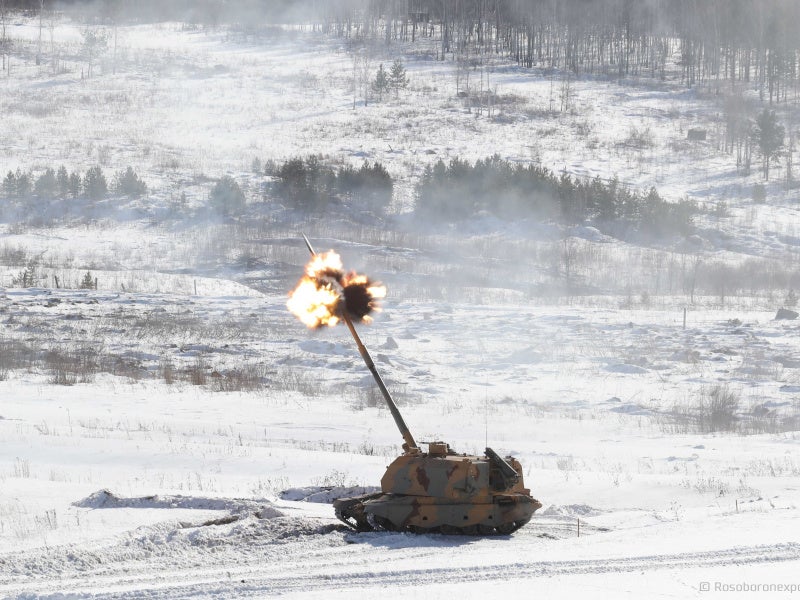 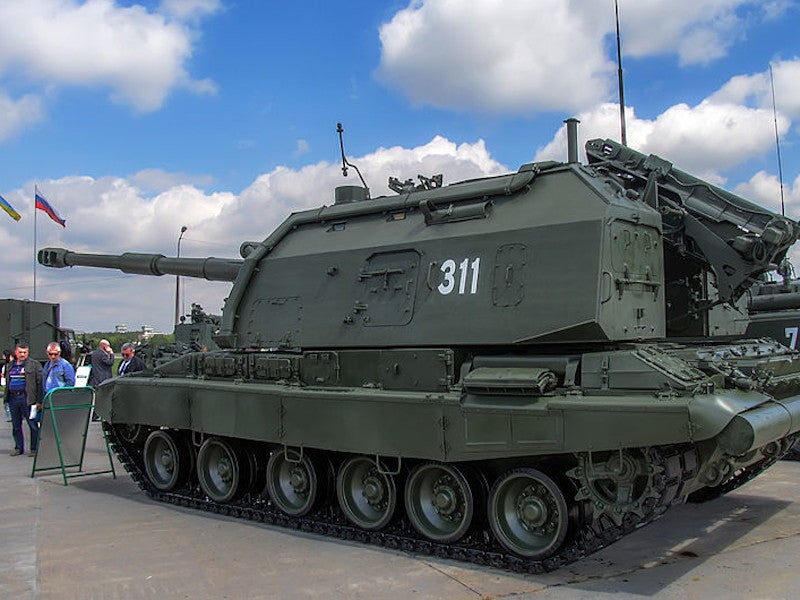 The 155mm howitzer is equipped with a 52 calibre gun. Image courtesy of Mike1979 Russia.

The howitzer is manufactured by UVZ’s subsidiary Uraltransmash, the only Russian company which produces self-propelled artillery systems. It is based on the Msta-S self-propelled howitzer chassis.

The howitzer features powerful armament and offers superior road performance when compared to the other modern howitzers.

2S19M1 self-propelled howitzer has a length of 12.42m, width of 3.38m, and a height of 2.98m. It has an overall weight of 43,000kg. The crew compartment of the vehicle features an air conditioning system and accommodates up to five personnel.

The vehicle offers an anti-fire manoeuvre that can determine current coordinates independently and automatically calculate installations for firing. The charging process is controlled by a charging control system based on microprocessor technology.

The vehicle is installed with an automated laying and fire control system (ALFCS), which can be integrated with artillery fire control vehicles to offer highly effective counter-battery fire. The ALFCS allows the vehicle to shorten its firing time by 25% to 30%, reduces the emplacement time by 1.5 to two times, and increases the survivability.

The vehicle is equipped with state-of-art communications, satellite navigation, and surveillance systems.

The 155mm howitzer is equipped with a 52 calibre gun with a maximum rate of fire of eight rounds per minute. It can automatically load projectiles while charges are fed manually. The maximum firing range of the system is 41km.

The 52 calibre gun can rotate through -4°/+70° elevation angle and traverse through 360°. The vehicle is also mounted with a 12.7mm machine gun.

The howitzer is equipped with a thermal imaging night vision scope fitted with a laser rangefinder to improve the field view during low light conditions.

The fire control and guidance system integrates ballistic computer, topographic and orientation, and satellite navigation systems. It provides automatic aimless guidance and can store information for a minimum of ten fire tasks.

The feeding of projectiles from the ground ensures high-rate of firing without using ammunition load on the carrier. The vehicle performs gun laying and firing during emergencies, even in the event of power failure.

The howitzer can perform automatic laying and laying recovery after firing each projectile. It can launch fire within half a minute of obtaining the coordinates of the target.

Engine and mobility of 2S19M1 MSTA-S

2S19M1 MSTA-S self-propelled system is powered by a V12 diesel engine, which has a maximum power output of 840hp. The engine is coupled to a mechanical transmission with seven forward and one reverse gear.

The power-plant allows the vehicle to move at a road speed of 60km/h and attain an operational range of 500km. It has a ground clearance of up to 0.45m.

The howitzer also has the ability to cross water obstacles with a maximum depth of 5m and width of 1,000m.