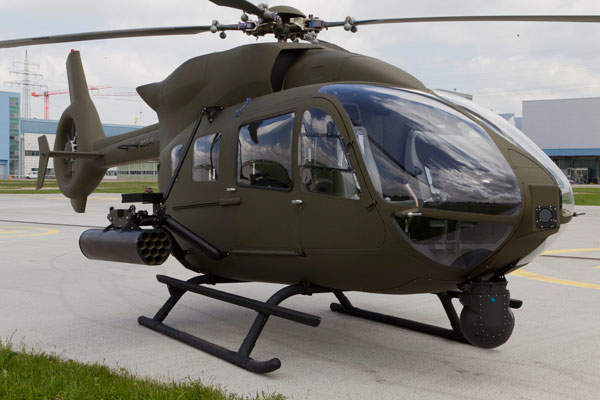 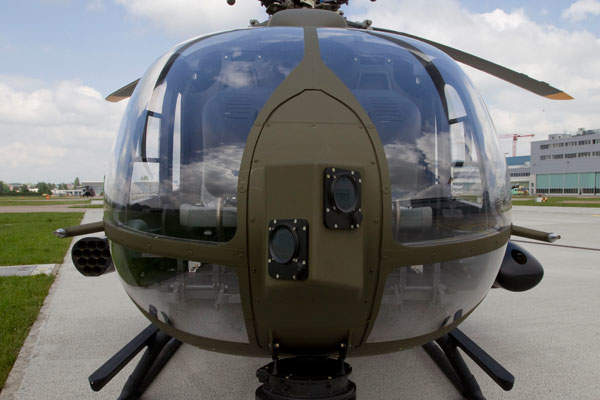 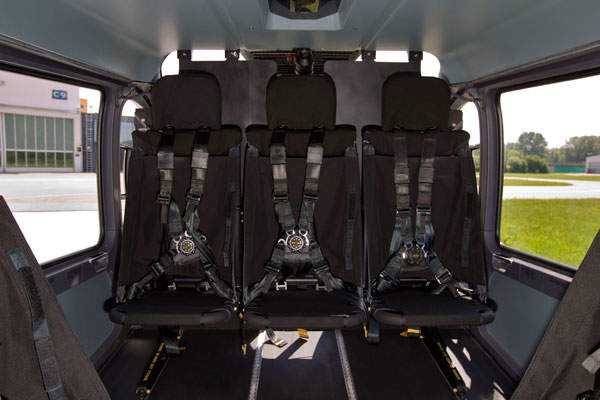 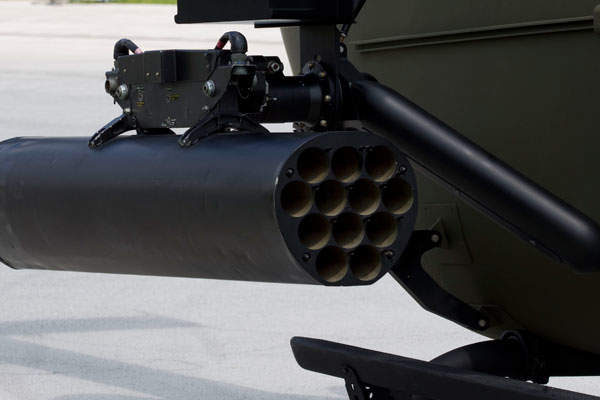 The pylons of the H145M helicopter can be fitted with rocket launchers, gun pods and missiles. Image courtesy of ECD / Charles ABARR. 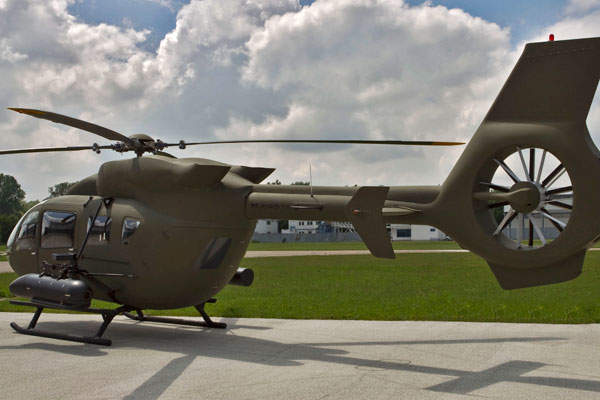 The H145M helicopter took to the skies for the first time in November 2014. Airbus Helicopters obtained the European Aviation Safety Agency (EASA) certification for the helicopter in May 2015.

The H145M is a state-of-the-art rotary-wing platform offering superior performance, endurance and high-payload capacity. It is capable of operating in 6K/95 high / hot conditions (minimum 6,000ft altitude in a day temperature of 95°F).

EADS North America announced a teaming agreement with Lockheed Martin and American Airbus in May 2009 to offer Armed Scout 645 (EC645) for the US Army’s Armed Aerial Scout (AAS) programme.

Airbus received a €194m contract from the German Federal Ministry of Defence for 15 H145M helicopters (LUH SOF) in July 2013. The helicopters are operated by the KSK Kommando Spezialkräfte (Special Forces Command, KSK).

In October 2014, Airbus received a contract from the Royal Thai Navy for delivery of five H145M helicopters. The first two helicopters were delivered in April 2016.

In June 2018, Airbus Helicopters received an order from the Hungarian Ministry of Defence for the delivery of 20 H145M helicopters.

Design features of the H415M LUH

The versatile H145M is based on the Airbus EC145 commercial helicopter, which was adapted for the UH-72A LUH of the US Army.

“The helicopter is equipped with a Stand Alone Weapon System (SAWS).”

The cabin is spacious and equipped with two large sliding side doors and rear double doors, allowing quick ingress and egress of troops. The helicopter also integrates mission equipment such as fast rope system, cargo hooks and hoists.

The helicopter measures 13.63m in length with rotor turning. It has a width of 2.77m and height of four metres. The maximum take-off weight is 3,650kg. The helicopter can carry a useful load of 1,719kg. It can accommodate up to 11 people, including up to two pilots.

Cockpit and avionics of the Light Utility Helicopter

The communication systems aboard the H145M allow interoperability with NATO force.

Armament and self-protection of Airbus’ aircraft

The low signature, self-sealing fuel tanks and ballistic protection improve the survivability of the helicopter. The self-protection is further enhanced by the electronic warfare system (EWS) and IR suppressor.

The engine performance can be monitored and controlled by the dual-channel full authority digital engine control (FADEC) system.

The H145M helicopter has a maximum speed (Vne) of 268km/h and can reach a maximum distance of 663km. The helicopter can be carried by an Airbus A400M to the area of military operations and quickly deployed upon arrival.

The Eurocopter AS 550 Fennec single-engine helicopter is operational with the Singapore armed forces, the Royal Australian Army, the Brazilian Army and Air Force, the Danish Army, the French Army and the United Arab Emirates Army.

The A109M light, twin-engine multipurpose helicopter has been developed by AgustaWestland in Italy.