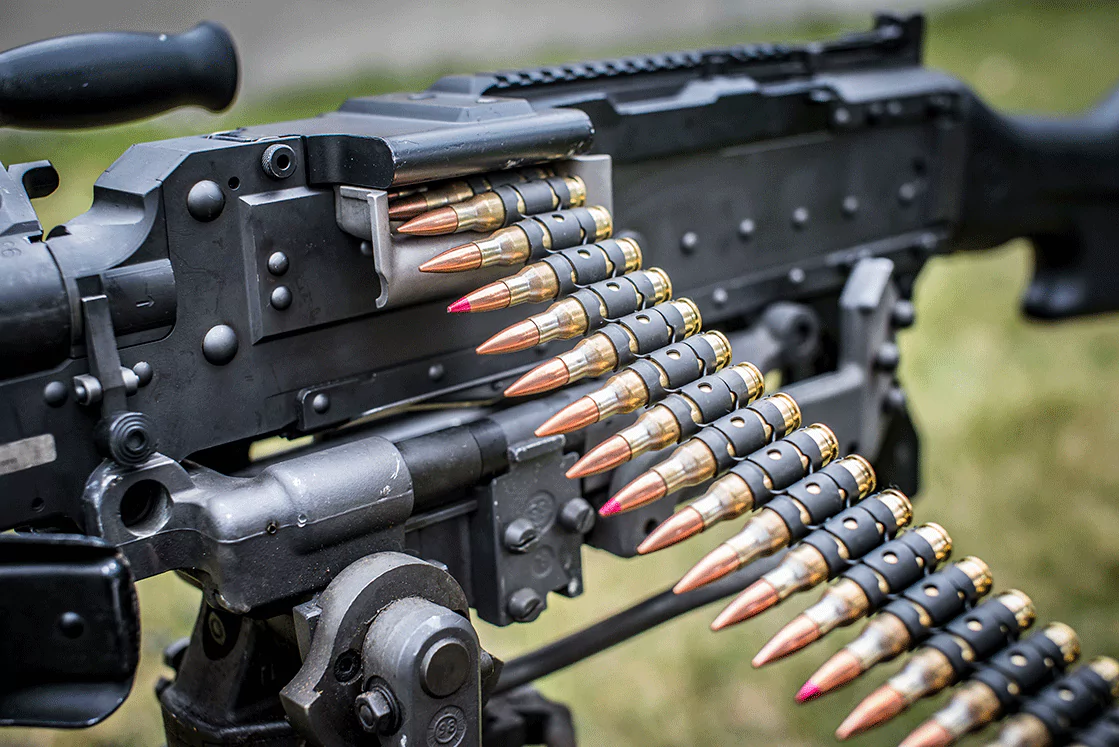 The performance of ammunition not only impacts the effectiveness of weapons but also their safety and reliability. As a leading firearms manufacturer and the original designer of the most widely used Nato standard calibres, FN Herstal is uniquely placed to ensure perfect compatibility between firearms and ammunition.

Reliable target effect and weapon functioning with high-quality ammunition for close combat and backup situations, top quality and reliable ammunition is vital for the user’s survival.

FN Herstal is a major contributor to the 12.7 Nato Standardisation Agreement (STANAG) used for defence missions. The company is the current supplier of the 12.7x99mm calibre Nato reference round. Highly effective at long range with a choice of many different projectiles, including pyrotechnic effects.

The new FN ARIA .50 RR (Reduced Range) is dedicated to safe and effective training with .50 cal weapons on shooting ranges that are limited to the use of 7.62 weapons.