The US Army is planning to procure a new Towed Jumper Recovery System (TJRS) to save the lives of airborne soldiers.

If the equipment does not function properly, jumping out of a plane for an airborne soldier can be deadly. The new technology will help prevent a towed jumper situation from occurring.

US Army Research, Development and Engineering Command Soldier Center Aerial Delivery Directorate project manager Samuel Corner said: “Generally, there are a handful of towed jumpers per year, which can be potentially dangerous situations.” 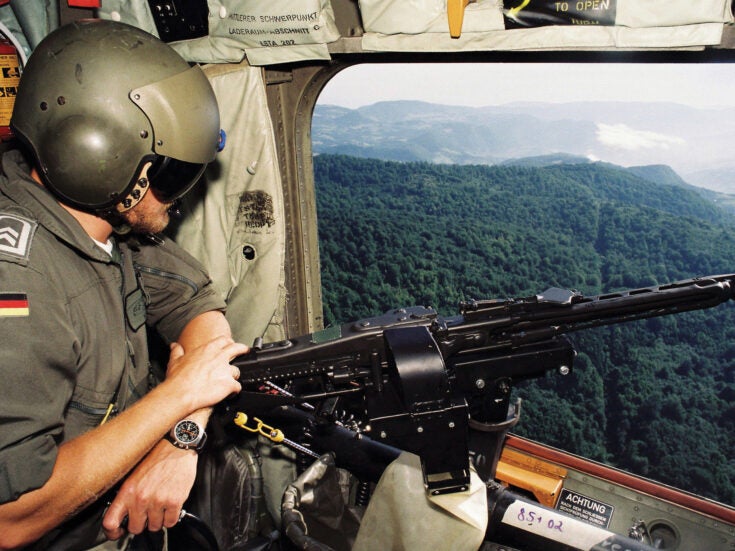 The proposal was selected, following which the Airdrop Technology team purchased ten Hung Up Parachutist Release Assemblies (HUPRA) from the UK company IrvinGQ for tests and evaluation.

Conducted at Yuma Proving Ground in Arizona, the tests used mannequins that ‘jumped’ out from the aircraft’s side doors and ramp.

“The TJRS programme has been positively briefed to the Army Airborne Board.”

The testing was carried out on C-130 aircraft and divided into seven phases.

TJRS (the Army name for the slightly modified HUPRA) was subject to a complete developmental test at YPG, including aircraft procedures development, safety evaluation, rigging procedure development and performance testing.

The tests were conducted to ensure the system recovered with an All Up Weight maximum of 400 pounds.

Standard Operating Procedures (SOPs) were developed based on the C-130 aircraft that was used during testing, and another set of SOPs will be developed for C-17 aircraft.

Corner further added: “The TJRS programme has been positively briefed to the Army Airborne Board.

“The next step is to work with the board and TRADOC to develop a formal requirement for a jumper recovery system. After that, the project will transition to PM Soldier Clothing and Individual Equipment, under PEO Soldier.”