Sweden-based Saab has reported a strong order intake in the second quarter of 2022 as a result of large- and medium-sized orders across business areas. 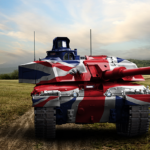 Saab president and CEO Micael Johansson said: “We are well positioned to meet demand in our core areas, and currently see strong interest in training, advanced weapon systems, and sensors.

“With Swedish Nato membership, there are also increased opportunities for Saab to provide state-of-the-art defence capabilities to the alliance and its member countries, as well as gaining access to Nato research programmes.”

Johansson added: “We expect the growth pace to increase in the second half of the year, based on our strong order backlog. We reiterate our outlook of an organic sales growth around 5% for the full year.”

In the second quarter, Saab received a major order from Sweden to acquire two GlobalEye aircraft. The company also secured Carl-Gustaf orders from Sweden, as well as international customers.

Saab recorded milestones including the shipment of the last of five fully installed EMD T-7A aft fuselages to Boeing.

The company also received the first order under new management, which was worth nearly $32.14m (Skr340m).