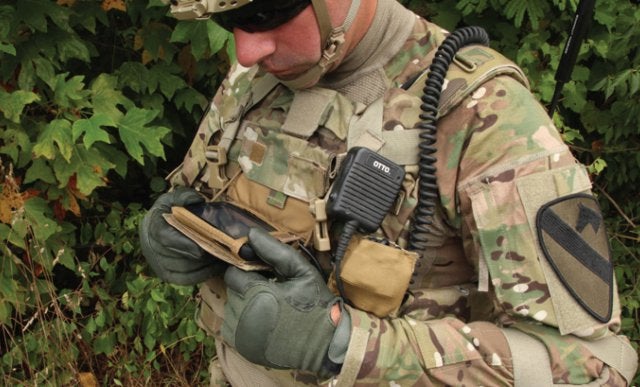 The US Army has installed a Samsung Galaxy Note II smartphone into the Nett Warrior (NW) system in an effort to enhance situational awareness in the battlefield.

Carried out by the programme Executive Office-Soldier (PEO-S) as part of the army’s focus on the tactical network modernisation, the installation as the chest-mounted end-user device is designed to offer enhanced mission planning, monitoring, communication and situational awareness to the soldier during combat operations.

Serving as NW’s centrepiece, the device provides dismounted personnel with locations of fellow soldiers, in addition to enabling placement of locational digital "chem light" markers, and relay of text messages and other information, to both lower echelons and commanders over encrypted tactical radios.

Programme Executive Office-Soldier Nett Warrior deputy project manager Jason Regnier said the smartphones were purchased at the commercial price, then cleaned off and installed with the Nett Warrior software, which is developed in-house by the army.

"We are beholden to the commercial industry. We have to keep up with them. So when the Note IIs are gone, they’re gone. So then we’ll have to be ready to buy Note IIIs or whatever it’s going to be," Regnier said.

"The smartphones communicate through the USB connection with a soldier’s hip-mounted, data-capable Rifleman radio."

The majority of the phone’s communications capabilities, including the cellular antennas, Wi-Fi and Bluetooth are initially wiped out by the army engineers, prior to integration with a Net Warrior system.

The smartphones communicate through the USB connection with a soldier’s hip-mounted, data-capable Rifleman radio, which provides network connectivity to the NW system.

Currently running a national security agency-approved version of the Android operating system, the devices are also expected to be integrated with foreign language translation in the future.

The system is currently being used by army rangers and soldiers within the 10th Mountain Division.

Image: A US Army personnel with Samsung Galaxy Note II smartphone as the chest-mounted "end-user device" of the Net Warrior system. Photo: courtesy of PEO Soldier.